Kittens, like human babies, are often amazed and surprised at many things they discover… especially when it’s about themselves! Their curiosity is just one of the many gems about them, and the way that they react to things is just downright precious. Firsts for our furry little feline friends are always such a wonderful and entertaining thing to watch, mostly because they are just so darn cute! The look of wonder paired with innocence and the feeling of discovering something for the first time ever is always something that translates so well on camera, especially when it has to do with a very adorable feline! In a popular viral video, a young kitten named Joe Joe gives a look of wonder and amazement as he seems to be discovering his feet for the first time. It’s just about the cutest thing ever!

In the video below, the wide-eyed white-striped Joe Joe is seen laying on his back looking at his cute little feet in wonder and playfully tries to paw at them. When that proves to be unsuccessful, the adorable tiny kitten starts to groom himself, first licking his paw and then washing his face. He continues to find his feet and groom himself, all the while donning a child-like and innocent face. It looks like little Joe Joe found out how to bathe himself for the first time!

Later on in the video, we see our little prince peeking through two white pillows, with his large, wide eyes peering at the camera. Joe Joe seems to be hypnotized by something that we cannot see (his shadow?) and then all of a sudden he looks like he wants to pounce on something he saw, with a slight look of concern on his face. We could seriously just watch this cute little guy all day long (don’t tempt us!). 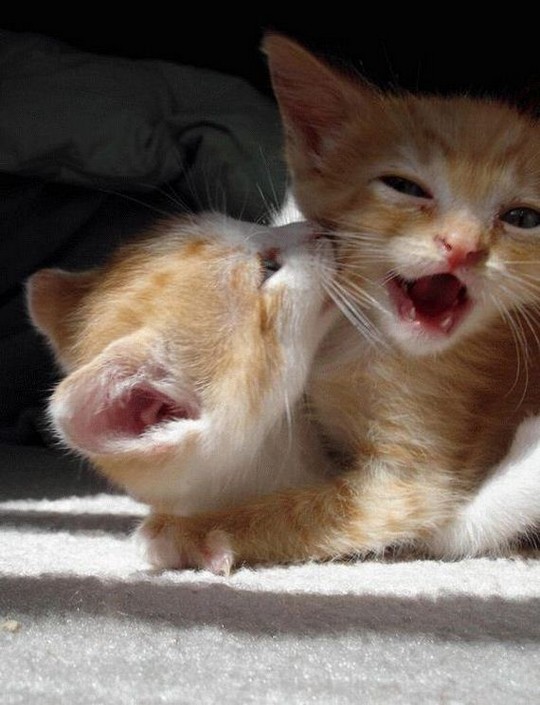 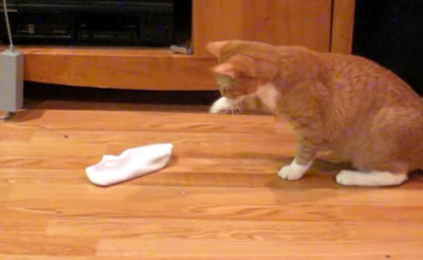 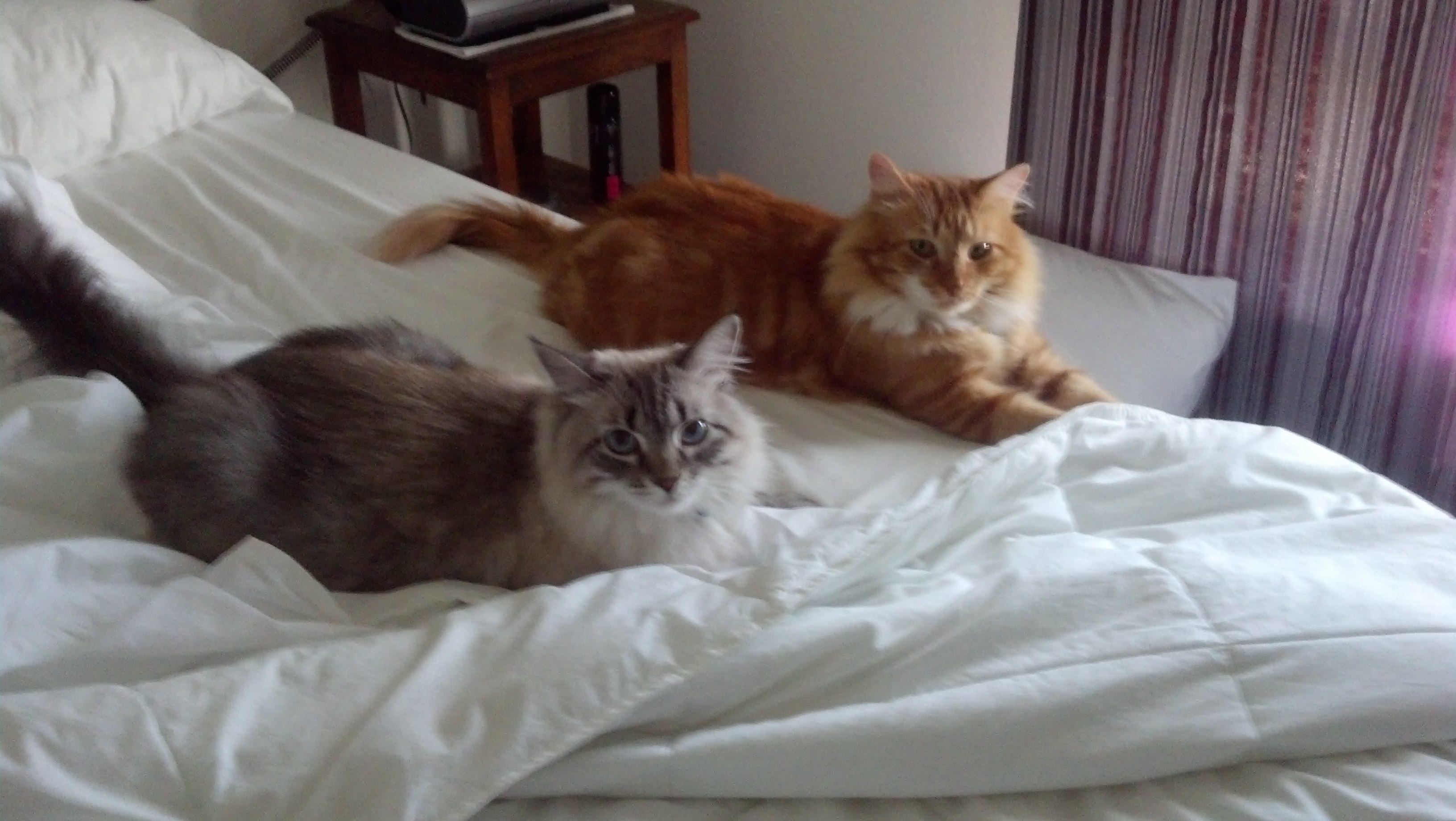 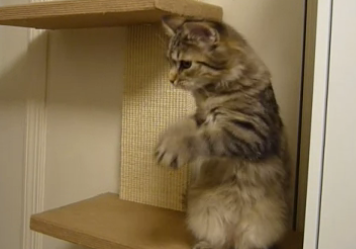 Your Cat Can Get a Sunburn From Lying by a Window

Here are Some Ways to Prevent Your Cat From Killing Wildlife

How Long Does Prozac Take to Work in Cats?