We sometimes feel like dog breeds get all the attention, while so few people really seem to know and appreciate just how many different breeds of act there are in the world. People tend to think of cats as a whole, while they seem to think of dogs in terms of breed. We are looking to change that. We want more people to be aware of the many cat breeds, and the many differences between each cat breed. The defining looks and characteristics that seem to set them apart. The ability to recognize and name breeds just by looks. We are hoping with a list like this, we can take you all one step closer to that.

With that in mind, we decided to take a look at all the breeds and look at some recent trends in the cat world and figure out top ten cat breeds for 2014. Keep in mind, these breeds are no better or worse than other breeds. Just simply aimed to be a bit more popular in the forthcoming year with owners and breeders.

Now, presented in no particular order, the top ten cat breeds for 2014.

The Bengal cat breed has risen in popularity over the years due to their closeness in resemblance to some of their bigger, wild-cat cousins. Also known to have a very distinct fur pattern that makes them easily recognizable, the Bengal is a beautiful cat, only set to get more and more popular as the year goes on. lso, quite a brave feline. Very little scares the Bengal.

More well known for how they were represented by Disney years ago, the Siamese is a loving, loyal, and often quite loud cat. Also known for a very distinct look that sets them apart from other breeds, the Siamese is a great, intelligent breed to have around. Just make sure to give them lots of attention, as they are known to pout and whine when they get ignored or are left underestimated for too long.

We often use the term “copper cat” to remember the Burmese. No, not because they are old-time police officers. Because of the copper tint to their fur. But be aware, a very inquisitive cat who will have no problem getting into all your stuff and making sure you aware of its presence at all times. Truth be told, that is what we love about cats.

That cat that is named after what it does. Falls, limp and fluffy, into anyone’s hands who will hold it. More laid back than most of the other breeds on the list, the Ragdoll makes a wnderful lap cat and TV buddy. Keep a brush around, though. That fur of theirs is no joke!

If all the other cats are considered “normal”, the Abyssian is considered extreme. Very active and agile cats, they are like little fur ninjas, running around your house. As cat lovers become more and more aware of this wonderfully lively breed, its popularity just seems to keep climbing.

What do you get when you cross a Burmese with a black haired, domestic short-haired? Why, you get a Bombay. A cat that is slowly becoming known as the “dog of cats”, even though it resembled a small panther. Meaning they like to do dog-like activities like fetch and such.

Persian’s are the cats most people refer to as the Wilford Brimley of cats. Their distinct look comes from a snub nose, very round face, and very chubby cheeks. Honestly, they really do look like a cat version of Wilford Brimley. That may have started as some sort of joke or meme, but you cannot deny the truth in it. But because of the internet, the Burmese cat just keeps getting more and more popular. Like many of the distinct breeds on the list, this cat can be quite expensive.

There is one thing about the Turkish Van we have never gotten over. They have mood-noses. They really do. The Turkish Van breed has a nose that often changes color to match its mood. As odd as it may sound, you will know a Turkish Van is upset if its nose turns red. Often mostly white in color, you have not lived until you have seen a white Turkish Van with a bright red nose. Looks like something out of a Disney movie. Just hope you don’t see it too much, be cause that means you have very unhappy cat on your hands.

First things first. The Tonkinese is not a cat to get if you work a lot or have to leave the cat alone. Tonkinese demand attention, and will be miserable if they don’t get it. A cross between a Siamese and a Burmese, the cat is beautiful, and will make an amazing companion to anyone there enough to give it the love and attention it seeks. They may seek it, but they give it right back.

In utter opposition to the Tonkinese is the Siberian. This cat will be just fine be left alone for long periods of time, but will shower you with love the moment you come back around. The Siberian is a long-haired breed that is probably a lot more common then you would think.

So what breeds did you think we missed for the top ten cat breeds for 2014? Take to the comments or our Facebook page and let us know! 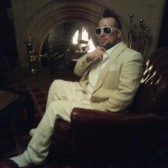 10 Things You Didn’t Know About the Australian Mist Cat

10 Things You Didn’t Know about The Blue Point Siamese

How to Make a Thanksgiving Meal Your Cat Can Enjoy

How to Keep Your Cat Litter From Tracking Everywhere

How Do You Find Out if Your Cat is Too Thin?

Should You Be Giving Vitagravy to Your Cat?

Should You Be Giving Famciclovir to Cats?

Is it Safe to Give Laxatone To Your Cat?

Is There Such a Thing as a Bulimic Cat?