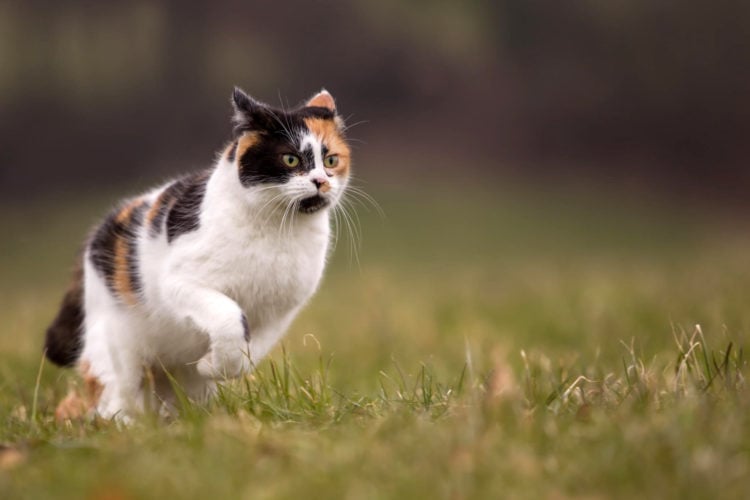 If you own a cat, you’ll be all too familiar with a little thing Inverse (www.inverse.com/science/39459-why-does-my-cat-run-around-at-night-according-to-science) describes as the nighttime ‘zoomies.’ You know what we mean… those little displays of frenzied activity that start at 2 am every morning. The running, the jumping, the spinning…. all the things, in fact, that seem to be designed with the specific intent of keeping you wide awake. But why exactly do they do it? Have they been possessed? Is it some kind of ritual? Or do they just get a kick from depriving you of sleep? As it turns out, it’s none of those things. Strange and suspicious though your cat’s nighttime behavior might seem, there’s actually a scientific explanation behind it.

Why Cats Are More Active At Night

Mikel Delgado is a postdoctoral fellow at the School of Veterinary Medicine at UC Davis. According to Delgado, your cat’s craziness is down to their biological makeup. Cats are naturally crepuscular. Some people tend to think they’re nocturnal, but in fact, they’re evolutionary designed to become more active at dawn and dark. This is the time their natural prey is active, so it makes sense that they’d be too. When they start rushing around, it’s simply a sign that their internal rhythm is telling them it’s time to catch some food.

Letting Off Some Steam

If you find yourself muttering under your breath each time your cat’s nighttime craziness wakes you up, you might only have yourself to blame. When we’re away from the house all day, cats have little to do but sleep. They might fit in a bit of light grooming and a little snack from time to time, but most of their day is spent catching 20 winks. By the time you get home, they’ve got an entire day’s worth of energy stored up inside. “They tend to be more active when we’re more active. Since many cat guardians are gone all day, when they get home there’s more going on in the house, and cats have all that energy stored up from lounging around all day,” Delgado explains. “It’s a good time to blow off some steam!”

How to Stop the Nighttime Craziness

Your cat’s nighttime behavior might be natural. It might even be cute. But for people who have enough trouble getting to sleep as it is, it can also be a nightmare. Fortunately, there’s plenty you can do to calm your little terror down and get some sleep.

According to Petful, one of the most obvious ways of dealing with your cat’s nocturnal activity is to simply shut the door to your bedroom. With you safely ensconced in your room, your cat can run around without disturbing you in the least. Unfortunately, the simplest solutions can sometimes come with the most complicated set of problems. If your cat’s always had the freedom to come and go from your bedroom as they please, they’re unlikely to take kindly to having their access cut off. If they can’t reach you but really want to, they won’t give up trying after a few minutes as a dog would. They’ll keep scratching and yowling at the door all night if they have to. With any luck, your kitty won’t mind the bedroom becoming a no-go area. If they do, resist the temptation to simply invest in some earplugs and leave them wailing at the door. They really won’t like it and over time, they’re not going to like you much anymore either. Fortunately, there are other things you can try that are far less painful for both you and your cat.

If your cat spends all day sleeping, it’s only natural for them to look for ways to burn of some energy during the night. If you want to put an end to the nighttime zoomies, you’ll need to find a way of letting them release some steam before you hit your bed. Take the advice of glassmerchantsbalaclava.com and look for ways to increase their daytime activity. You might not relish the prospect of your own naps being disturbed, but your cat won’t mind if you wake them up from one of their endless daytime snoozes for some fun and games. Keep them entertained with food puzzles and interactive games. An hour or so before bed, play a game with a laser or a feathered wand before given them a filling meal. The combination of exercise and food will help them settle down enough so that when you go to bed, they do too.

If no amount of food and exercise is enough to stop your cat from indulging in some night time cardio, there’s another way to stop them in their tracks – hiss at them. Hissing at a cat will let them know they’re crossing a boundary. Next time they start running around at 4 am, simply throw a little hiss in their direction. To avoid the hiss losing its effectiveness, you’ll need to use it only when necessary and never during normal, everyday interactions.

Plan a Visit to the Vet

First of all, it’s worth bearing in mind that most cases of nighttime activity in cats are perfectly normal and nothing to be concerned about. Those sudden bursts of activity are, by and large, a simple combination of evolution and excess energy. But very occasionally, the behavior could have a more medical explanation. Sometimes, it could be down to a flea bite. Flea bites can trigger some very uncomfortable itching. Without understanding what’s going on, your cat will try to run away and escape the discomfort. If the nighttime activity is intermittent rather than habitual, is preempted by a sudden, surprised yowl, and if you can’t quite remember the last time you treated them for fleas, now might be the time to discuss flea treatment options with your vet. Occasionally, the problem can be much more serious than a flea bite. Certain skin disorders like Feline hyperesthesia syndrome (FHS) can worsen during the night, resulting in out-of-character, frantic behavior. If the action is accompanied by intense biting or scratching of the hindquarters, tail, and back, it’s worth booking an appointment with the vet to get them checked out. 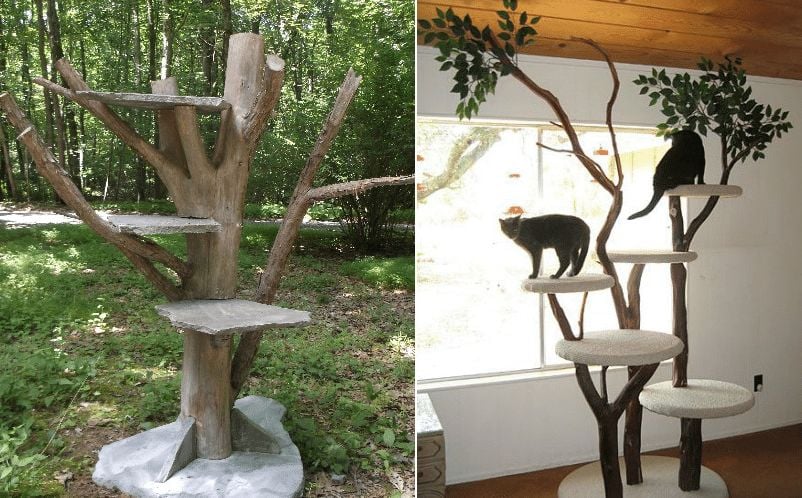 Now this question must have stuck your mind a 100 times when people suggested you to buy a cat tree for your cat, right? The answer to this question lies in their style of living…

The holiday season is one of the happiest times of the year for so many of us. Sadly, for others, it is not a time of happiness but rather of worry and stress. Not everyone… 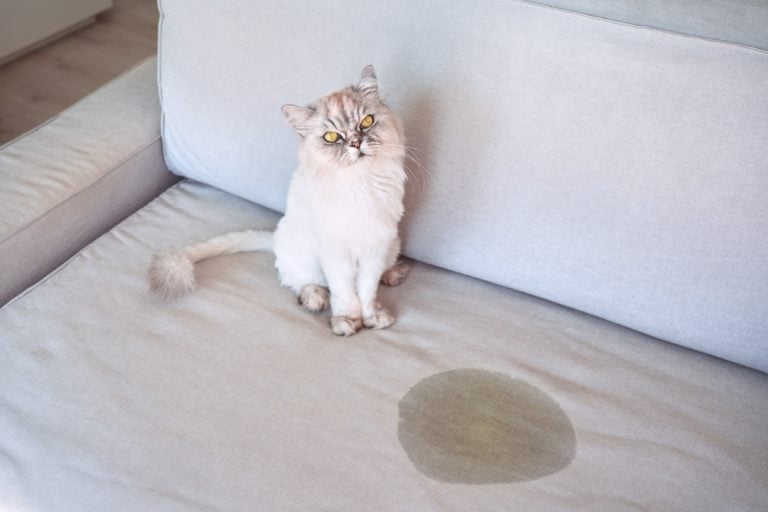 As a cat owner, you probably understand how difficult some cats can be when they start urinating around the house. Some cats will urinate in the house or wherever they feel like it. When a… 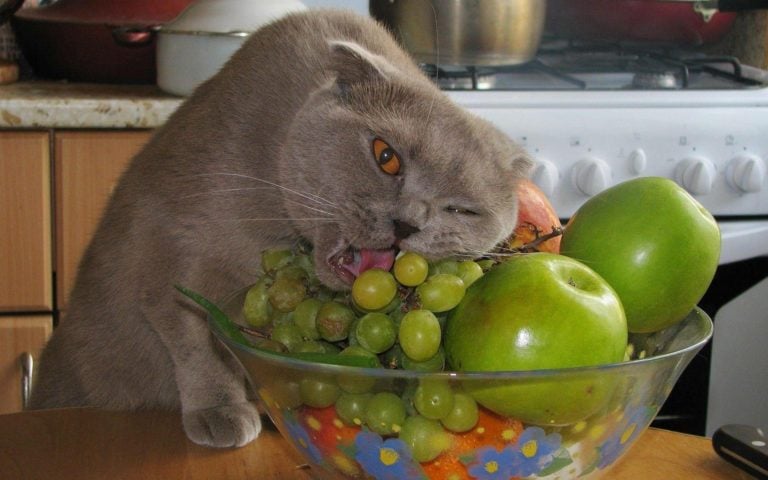