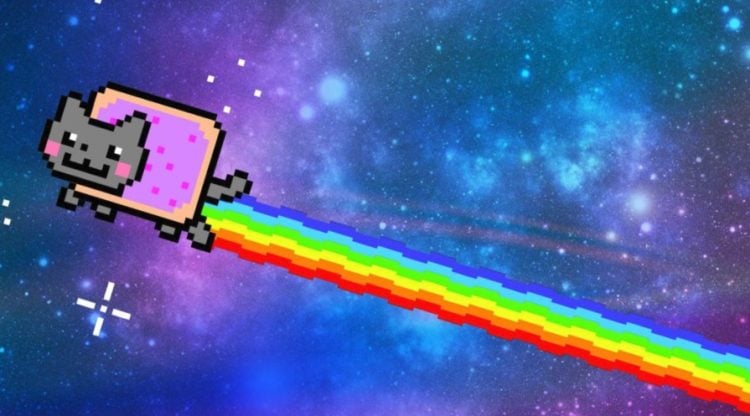 Cryptocurrency is finally coming into its own. However, it’s still in its infancy, with only a small percentage of the population engaging in its use. Cryptocurrency refers to digital or electronic money that’s used in transactions. Here, the currency is created and protected by technology, rather than a bank. What has this got to do with the recent purchase of the Nyan Cat? Plenty, as it’s at the very heart of just why an anonymous user paid close to $600,000.00 for the privilege of owning this unique art piece. So, keep reading and you’ll see just how concepts such as cryptocurrency, crypto art, scarcity value and cold storage all factored into making the Nyan Cat a valuable piece of digital art.

Who or What is the Nyan Cat?

Before we get started, lets look at just what or who the Nyan Cat is. The 8-bit digital wonder, Nyan Cat was born in 2011, and based on creator Chris Torres’ very own, Russian Blue cat called Marty. The design of this most famous of gifs was totally spontaneous. Torres, also known by the handle, “prguitarman”, developed the design while chatting with fans during a livestream, “in-between drawings in my Livestream video chat, two different people mentioned I should draw a ‘Pop Tart’ and a ‘cat’.” In response, he created a hybrid image of a Pop-Tart and a cat, which was developed a few days later into the animated GIF. Originally called the “Pop Tart Cat” by Torres, the gif shows a cat with a body of a Pop Tart flying through the stars, leaving a rainbow trail behind, all to the Japanese song, “Nyanyanyanyanyanyanya!” . Nyan is the Japanese word for “meow”, and that’s how the gif got it’s name.

A Newly Remastered Nyan Cat Goes Up for Sale

On February 25, 2021, Chris decided to place a unique rendition of his famous Pop Tart Cat on auction at Foundation. Foundation is a website devoted solely for those interested in purchasing or selling digital art. That day, a bidding war ensued during the final hour of the auction, a bidding war that surprised even Torres. In the end, it was an anonymous buyer, known only by their public cryptocurrency key, “0x7eb2…3f6b,” who won the piece. The estimated final cost ended up being close to $600,000.00 for the animated meme. The art was purchased using a digital currency called Ether. By doing so, the buyer now lays claim to owning the unique, original digital piece.

Nyan Cat is an Example of Crypto Art

As previously stated, the Nyan Cat was sold on Foundation as a piece of original digital art. But, to put it more precisely, a piece of crypto art. What is crypto art? Crypto art is a form of digital art that stores cryptocurrency, which is why the purchasers identity remains anonymous, only known by their public cryptocurrency wallet key. Holders of cryptocurrency have both a private and public key. These keys serve to secure the wallet, with the public key analogous to a user name, and a private key analogous to a password. In other words, one can store digital currency, such as bitcoin in crypto art. This system protects the cryptocurrency holder from being invaded by hackers.

One concept which drove the price of the Nyan Cat, is called “scarcity value”. Scarcity value occurs when the value of an item increases due to its scarcity. A recent example of this involves the artist Banksy. Brandler Galleries offered the the building owner six-figures to remove the wall that held Banksy’s mural of a young girl hula hooping. Paying six figures to purchase a wall might sound outlandish to some, but scarcity value was at play here. After all, there’s no way Banksy can replicate that same image on the same wall again.

In regards to the Nyan Cat gif, as its popularity increased, so did the various fan created remixes and adaptations. As of today, you can find the Nyan Cat song on ringtones, countless Youtube video remixes, and even a game called “Nyan Cat Adventure. So, with fans creating their own memes and videos, one thing Torres needed to do to increase the value of his creation, was to create a totally, one-of-a-kind piece.

In a recent article posted on TheVerge.com , Torres stated that he doesn’t plan on selling another remaster of the Nyan Cat, “I think it’s cool knowing you own the only piece in existence, and I feel like Nyan Cat will be a really special one to own”. When Torres remastered his 2011 gif, he corrected elements he felt needed fixing, as well as increased its size. So, due to his remastering, this version of his Nyan Cat is the only one in existence. It’s scarce, rare, unique and valuable. Thus, it becomes more valuable.

Another factor involved is the NFT. An NFT, or non-fungible token is a new form of digital asset, a way to buy and sell items digitally. An NFT can represent anything, from digital art to physical assets. When it comes to NFT’s each one is unique, which pertains to the items scarcity value, making it valuable. In fact, the term “non-fungibility” basically means one-of-a-kind. To illustrate, lets compare the bitcoin with the NFT. In reality one bitcoin is just like every other bitcoin, just like every one dollar bill is the same as all the others. However, no two NFT’s are alike, so when you use an NFT, you are guaranteed to own a rare item. The worth of an NFT is determined by just how much someone is willing to pay for it.

The advent of crypto art has created an entirely new marketplace for creatives to profit from their art. After all, no matter what your genre, the act of creation isn’t easy, and for years those creating digital art saw little if any profit from their labors. Now, with crypto art, creatives from all walks of life have platforms to sell what used to be given away as free. By purchasing and selling via NFT’s the buyer is guaranteed to own a rare, one-of-a-kind item, one that can never be duplicated. Thus, increasing it’s value, which is what happened in the case of the Nyan Cat. 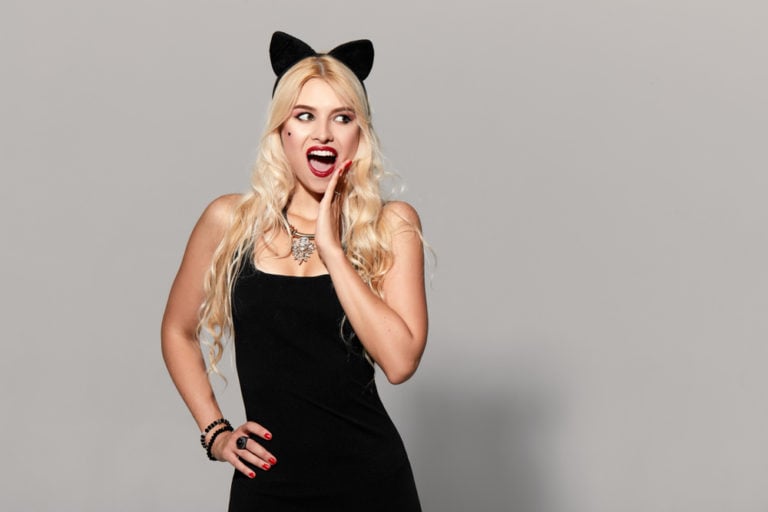 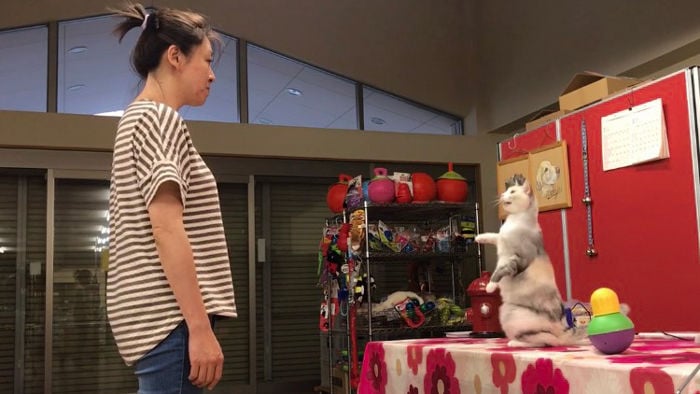 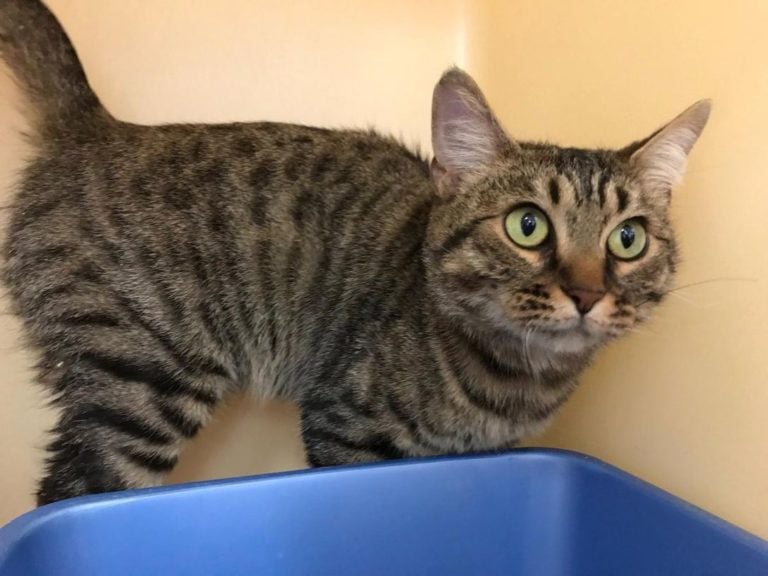 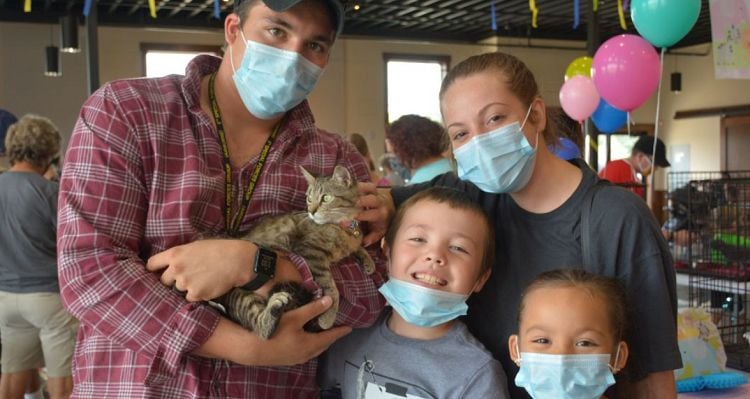