Cats are among the most versatile pets on the face of the earth. Few pets compare when it comes to attitude and the ability to commit hijinx. They range from adorable, cute, fluffy and inquisitive to territorial, snobbish and downright destructive. Some astute cat lovers were persistent and fast enough to catch live footage of their cats in action so they could share the fun with everyone else. These cat celebrities have received numerous hits from viewers and have risen to the top of the super star ladder. We’ve put together a group of 20 of the most famous cats that you can find on the internet today for your entertainment.

These two kittens have a remarkable story that has gone viral. Cole and Marmalade are rescue kittens. Their owner adopted the two as babies and each now has a loving home in addition to finding stardom on the internet. They have quite a presence on YouTube. The most recent video shows their discriminating taste in catnip as they sample from a few different varieties to try to find their favorite. Find out how their experimentation with catnip went and learn more about them by catching their act at:

Nala has got to be the most expressive cat on the internet. She rivals Harrison Ford when it comes to pulling off the totally surprised look. She almost seems human. Her owners and she lived in Los Angeles, California. She was the curious cat that seemed to get more than she had bargained for. Nala became a big hit on Instagram with around 1.68 million followers. Her shocked face is unbelievably cool and we’re thankful that her owners were able to preserve some of her best modeling moves on film.

This cat had a great name to begin with. He isn’t allowing his weight problem to stand in the way of fame and fortune. His owner Svetlana Petrova is a Russian artist who skillfully put Zarathustra the fat cat as an insert into some of the most famous portraits in the world. The cat was an instant star when he first made his appearance.

Would you believe that this cat has made it into the Guiness Book of World Records? Colonel Meow currently holds the title for cat with the longest hair in the world. This brought him the fame that he was hoping for as he amassed more than 202,000 followers on Instagram. The look on his face makes you wonder what he’s thinking about. Probably how he’s going to style his hair for the next shot. There’s plenty of it and it’s certainly long enough.  Sadly the Colonel has passed away but his legacy will live forever.

This cat is so famous that she was interviewed on a television talk show. She looks like she just stepped off of the set of “Braveheart,” after stealing the role from Mel Gibson. This beautiful kitty is evenly black on one side of her face and orange on the other. It looks like an artist drew a line and colored one side, but there is no dye or photo shopping involved. This is a genuine anomaly. You can check out her interview here.

Honey Bee is totally blind, but she is the most loved and active cat on the internet today. She rose to super stardom in the cat world of the internet because her story has touched so many viewers. She does more with her family than most other sighted cats get to do in a lifetime. She gets to go on hiking trips and everywhere else that her family goes. You can see her in action here:

When we talk about cat attitude Garfi takes the lead and we don’t think that any other cat can touch him for the prize. Garfi has a mean and grumpy look on his face all of the time. What’s the matter? Why nothing…he was just born that way. He has been nicknamed the world’s angriest cat and it’s not hard to understand why. You can see him in action here:

Shironeko is one of those rare pets that has the ability to actually smile when he’s happy. We can tell just by looking at him that he’s having some pretty pleasant dreams as he sleeps. This laid back dude has become a sensation on the internet. He’s among the top choices for the most famous cat on the internet.

Lil Bub has got to be one of the cutest cats on the internet but this isn’t what has made her so popular. She was born with several genetic abnormalities which are associated with dwarfism. She has an amazing home with the owners who adopted her. She is a perma-kitten which means that she will always have the appearance of a little kitty. You can learn more about this unique cat here:

Sam is a hit with the ladies because of his killer eye brows. No, they have not been painted on. He was born with them. These unique markings have helped him to become an internet sensation. He has gained more than 151,000 Instagram followers who think he’s the bomb when it comes to star kitties. You can watch him in action to find out how he steals your heart with the most magnificent face we’ve seen on a cat. He’s a rising star in the YouTube world of cats.

The praying cats are a collection of five cats that wait patiently over food dishes until the prayer has been said. While their owner says grace, not so much as a kibble is eaten and one of the cats even joins in with an “amen” or two. You can check them out for yourself if you don’t believe us. This just goes to show you what a little faith and patience can do when you are trying to train your pets to do the right things.

This cat stands out in the pride as one of the most daring cats in the city. With more than 178,000 views, the swimming cat even made the local news. Watch as the kitty from Northern Virginia dons her life jacket and hits the pool. She is working out in the water in hopes of shedding a few extra pounds. We’re not sure if the cat swimming is funnier or if the news anchor’s fits of laughter is the drawing card here.

Maru is a Scottish Fold who has become a hit sensation on YouTube. He has a great talent for sliding into paper boxes and performing other antics for an adoring audience. He has a growing fan base and his videos have been viewed more than two million times.

This kitty ain’t messin’ around. This has got to be the worlds grumpiest looking cat of all-time. Viewers are thrilled with the mean little face on this otherwise adorable kitty. He only looks like he’s grumpy. He’s really a sweetheart so the truth of the matter is that he’s getting a bad rap. The question is, has it made him notorious or just famous? We had to include this one in the group because of the more than 20 million views that the video has gotten, plus the more than millions Grumpy Cat has garnered in his career.

Snoopy the cat is another famous feline who has made it big on the internet. One look at her and you’ll know why. Her owner knows that she’s a special kitty. Her huge eyes and unusual facial features makes her one of the most adorable cats on the internet. She is especially popular in China. You can watch her in action and find out what all of the fuss is about here:

Rocky is owned by Daisy and Yann who recorded him as he stands on his back legs. This wasn’t a rare occurrence though. Rocky makes a habit of standing up like a human. He is an amazing cat that has an incredible sense of balance. This is a bit unusual and you don’t see cats standing around on street corners or in the yard visiting with their buddies often. Rocky has become a sensation with YouTube viewers who are amazed by his feline prowess and tremendous balance.

Henri has become an internet favorite because of his sexy face. Henri and his owners live in Seattle, Washington. This is no ordinary cat. He really is a super star. He has his own website and makes commercials advertising cat food. There is even a book out about the famous feline. Of course his owner Will Braden is assisting him with the taping and paperwork. This cat brings in around a grand a week for his efforts. He’s been a featured star on Buzzfeed and has won the “Golden Kitty at the Internet Cat Video Award. He has reached the pinnacle of success and his fan base is still growing.

We couldn’t leave Nyan Cat out of the group of most famous cats on the internet. This cat is an animated version of the real thing, but he is making bank on his new career. Christopher Torres from TExas created him in april of 2011. Since then, his video has been viewed a whopping 96 million times. He’s got a big fan base of youngsters. He has his own iPhone game, you can buy Nyan cat cuddly toys, a pop up shop or garments from his clothing line. He is the ultimate cat and has caught on with viewers big time.

Fattest Cat in the world

We’ve seen fat cats but this one holds the title as number one. He is labeled as the ‘Massive Moggi Garfield” and weighs in at a whopping 38 pounds. How would you like to have this guy sitting on your lap for an hour? We know, this isn’t healthy and his owners are putting him on a diet to try and lose weight in a sensible way. We wish him all the luck in the world because being the fattest cat in the world, he’s going to need it.

This has got to be one of the most entertaining cats in the music business. Keyboard cat has been labeled as “The Elvis of internet cats.” He even has an agent and his name is Ben Lashes. His name was appropriately given him as “Fatso.” He was a bit on the overweight side, but he became a tremendous sensation. Fatso passed away, but his music lives on and he’s still getting views on Youtube by people who want to see that cat play the keyboard. 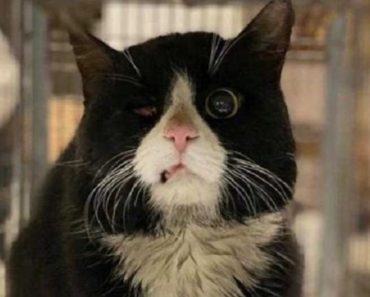 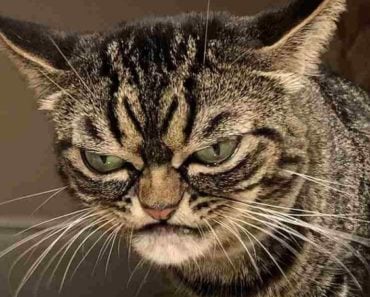 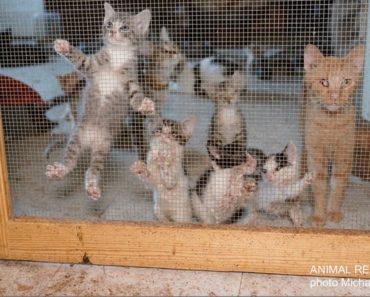 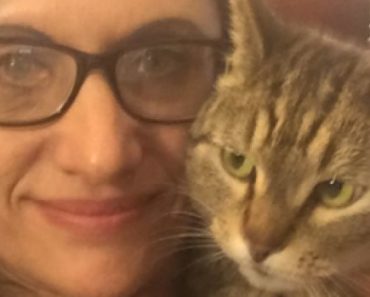 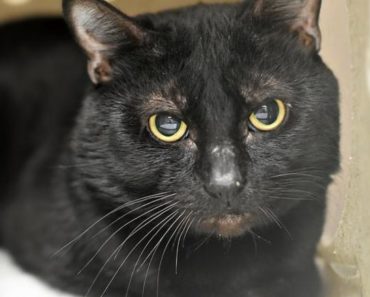 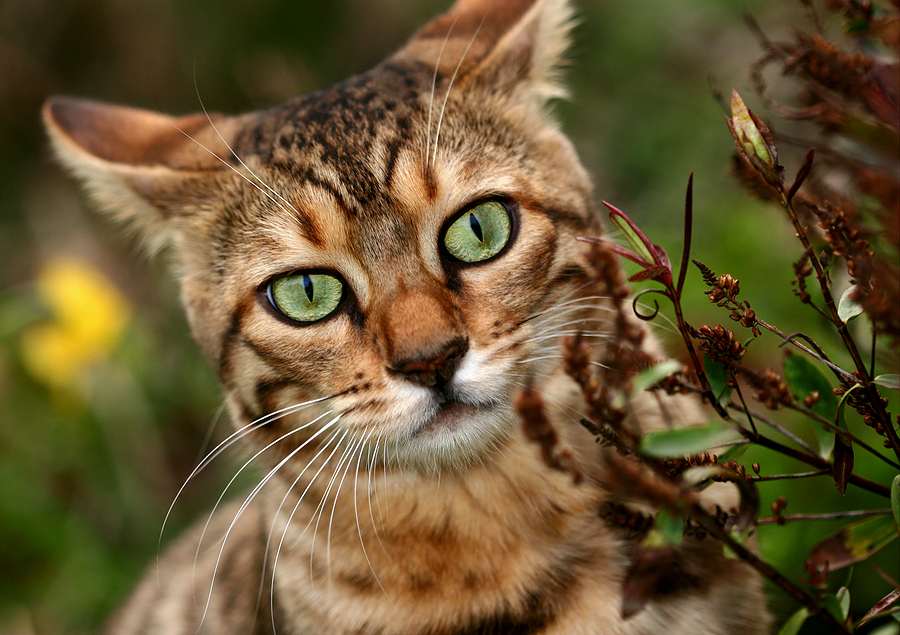