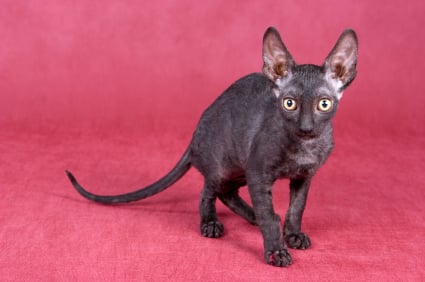 Have you ever seen a Cornish rex? It’s such a sweet cat with a funny face and big ears. It’s pointed facial features and large ears make it look a bit elfin, as if you should hide him on your shelf and tell your kids he’s keeping an eye on them throughout the month of December on Santa’s behalf. Okay, so he’s not that elf-like, but still. This is a cat that most people assume they have to purchase since it’s not like they’re everywhere. It’s not your everyday house cat, but it’s one that you should consider when adding a feline friend to your household.

This is a breed that retains its very kitten-like behavior throughout its life. It’s especially cool because it has a very curly coat, which is not something other cats can say about their own fur. Though it is short, do not be under the impression this cat won’t shed or bother your allergies. Unfortunately, it will do both. It won’t be as bad as say, a Persian, but it is something that you do have to consider when you rescue this animal.

The Cornish rex is a wonderful family cat. It is a very people-oriented breed that loves affection and attention, and it definitely gets a lot of that because of its very unique look. It’s compared often to a Whippet, but we still think it looks a little more like an elf. But to each his own; and beauty is certainly in the eye of the beholder.

If you’re looking at bringing home one of this fun breed, consider rescuing or adopting one. It’s so much better than buying one; not to say that this is not the right decision for all families. But there are several benefits to rescuing a cat rather than buying one. And one of those reasons might be all you need to convince you a Cornish rex rescue is the place to go.

When you adopt a Cornish rex, you take less of a chance than when you purchase one. While there are no breed-specific health concerns with this cat, there are always health concerns with any animal. When you adopt or rescue one, you are guaranteed that this animal has been more than just ‘checked out,’ by the vet. Breeders do provide vet information, but those cats have only been once or twice in their very short lives. These rescue cats have been checked out, screened, given vaccinations and possibly even ‘fixed’ for its new owners. You are taking less of a health risk with this cat than you are with a kitten, and it’s just one of the many reasons this cat makes a great pet.

It Feels Good to Save a Life

That’s exactly what it means to adopt or rescue a cat; to save its life. Many shelters and facilities can only house animals for so long before they run out of space and require that animals are moved out. In some situations, very tragically, this means that cats are euthanized. No vet or clinic or rescue wants to have to kill a cat just because there is no more room to house the cat, and that’s why they want you to come in and take these animals home. You are, literally, going to save the life of this sweet animal and it knows it. This is a cat that will be forever appreciative of you and your family for giving it a home and saving its life. If for no other reason than that, consider adoption.

Let’s face it; many people make decisions based on the fact that they can save money on one choice over the other. It’s not the biggest reason to adopt or rescue instead of buy, but it’s a good one. You’re not likely to get a kitten in the adoption process, but an older cat has a lot of love to give as well as a lot less expense. And wouldn’t it be nice to save on the purchase price, pay the adoption fee and spend the rest of your cat budget on fun toys and treats for your new family friend? We like that idea a lot more than paying hundreds of dollars for a kitten that would also rather just have fun items.

You Know What You’re Getting

When you select a breeder, you always take a small chance. Sure, you think that they’re on the up and up, but what if you’re wrong? What if your breeder is more of a kitten mill that doesn’t care for the health and well-being of animals so much as they care about the profit associated with these animals? When you deal with this type of situation, you deal with other factors. Your cats might come from parentage that’s not 100% Cornish rex. Or perhaps the parents aren’t as healthy as you are led to believe. Perhaps they are bred too soon and the mother isn’t ready for another litter. We don’t know what kind of issues you could face, and you probably will not know them either until your cat is a bit older.

When you adopt or rescue an animal, you know where it’s been and what’s its life has been like. Before you say that you don’t want a cat that’s been abused or neglected, you should know that most cats that end up in rescues aren’t. They’re animals that are there because of humans. Either humans are too old or too sick to care for their animals, are unable to care for them anymore, or they are no longer able to care for the cat for other reasons. Most animals are not abused or neglected; they are simply no longer able to live with their families. This means that you’re going to find out what your cat lived like before, and it will do you good to know what kind of cat yours was at home in the past, and what you can expect from him or her now. 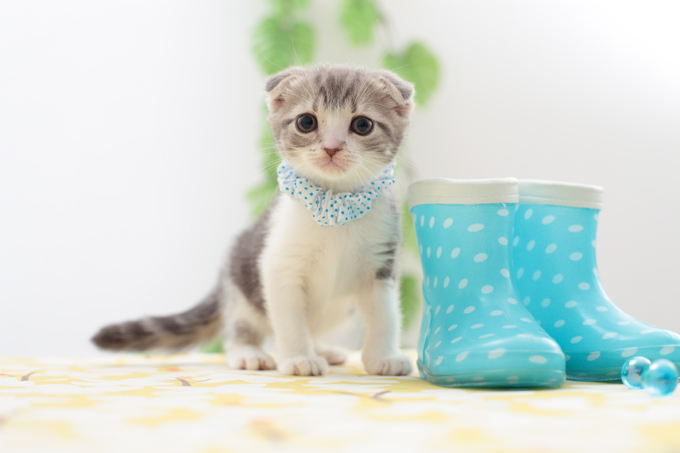 O ne very popular cat breeds in the United States is the American Curl.  Originating in Lakewood California in the year 1981, these cats were later introduced to the International Cat Association as a…

It’s difficult not to find yourself immediately taken in by the small nature and sweet face of the munchkin cat, which is why so many people are clamoring to find breeders near them so they… 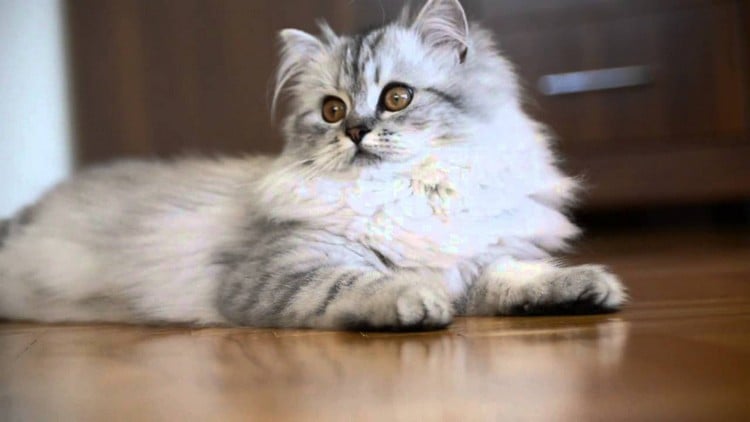 When it comes to getting rid of rodents, most people consider getting a cat. There is little thought about the fact that some breeds are better at catching mice than others. Cats have built a…

The Turkish Angora is a rare breed of cat that has become very popular with today’s cat lovers. This natural breed of cat was first spotted in the Central region of Turkey.  Wild breed, these…