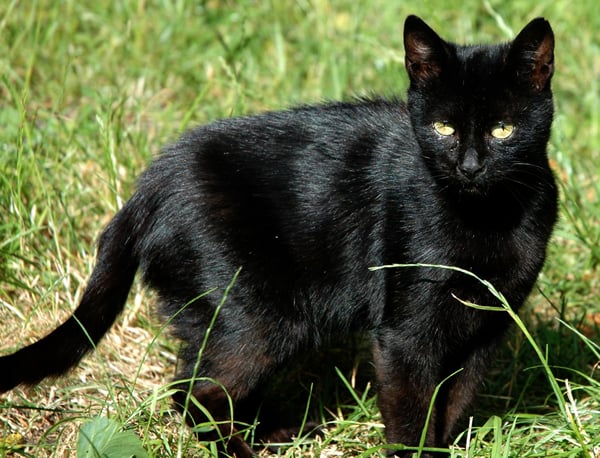 Chances are good that if you’re superstitious, you’ll never own a Bombay cat. It’s too bad, really, considering this gorgeous black cat is so simple, yet so exotic as far as appearance goes. This gorgeous cat is so pretty that it’s impossible not to want to have one of your own; unless, of course, you’re terrified that your life will become a series of misfortunes if the cat ever walks in front of you. Superstitions aside, the Bombay is one of the prettiest cat breeds around. With its bright eyes and solid black coat, it’s impossible not to consider this cat gorgeous.

However, many people are very superstitious and allow their paranoid thoughts to stop them from obtaining a cat of this nature. The Bombay cat isn’t one that’s large in number, but it is a cat you might see on occasion. And it’s certainly not the only breed that has black cats, though they aren’t very common in other breeds. Since the Bombay is one of the most well-known black cats in the world, however, they get a pretty bad rap from the same people who don’t walk under ladders, believe in holding their breath when passing the cemetery and turn around and walk the other way when this cat crosses their path.

Thanks to the melanin levels in a Bombay cat, their sleek black coat is often matched with very bright, very golden eyes. This makes them look a little bit scarier to those who believe black cats bring with them bad luck. And if we are honest, it’s a little terrifying to see one of these cats at night seeing as how all you can see is its eyes. However, these cats are largely some of the most beautiful in the world, and they’re very sweet animals that make wonderful pets.

Black cats are not scary, but it is fun to take a look back at the history of the Black Cat and why that has trickled down the generations to the Bombay cat – and it’s even more interesting to realize that not all superstitions related to black cats are negative.

Good Luck Once Upon a Time

The Scottish believe that the arrival of a black cat brings with it great prosperity. Some cultures believe that women who own black cats will get their choice of any man she wants – which is quite the opposite of what Americans think about these cats and the ‘crazy cat lady.’

The back luck associated with black cats is far more prominent than the good luck associated with these cats. In fact, most people are well aware of the fact that many believe a black cat crossing their path is bad luck, walking beneath a ladder a black cat was under is bad luck, seeing a black cat early in the morning is bad luck, and shooing a black cat off your property is also considered bad luck. It’s just a myth and a superstition, but it all derived from the days of the witches. We all know at least a little bit about the Salem witches, and those all over the world. The men and women who were believed to possess spiritual witchcraft powers that were a danger to those who did not understand their powers.

The pilgrims were largely to blame for the burning of cats and the superstition of black cats in this culture. They brought with them to America a very devout religion and fear of anything deemed ‘devilish,’ the fear of black cats being a witch’s friend one of those fears. In those days any person with a black cat in their possession would be killed. These were large symbols of witchcraft, and it was not uncommon in the North East to find people tortured, punished and killed for their ownership of a black cat, no matter their heritage and personal beliefs about the animals. These cats were killed along with their owners (apparently there was no fear of killing an animal thought to have black magic, just the fear of seeing one) and those who ran into one were usually terrified of these creatures.

Whether or not you believe that the black cat brings any sort of luck with it is a highly personal opinion that you may or may not share with others. Perhaps in the days long past these animals were a bit of a taboo, but today there is no reason people should believe that they have any sort of symbolism aside from being cats that live in homes with people who love and care for them. If you see a black cat up for adoption or sale, don’t ignore it because of its coloring – especially the Bombay. You’re missing out on a beautiful cat with a lovely disposition if you fall into this trap. 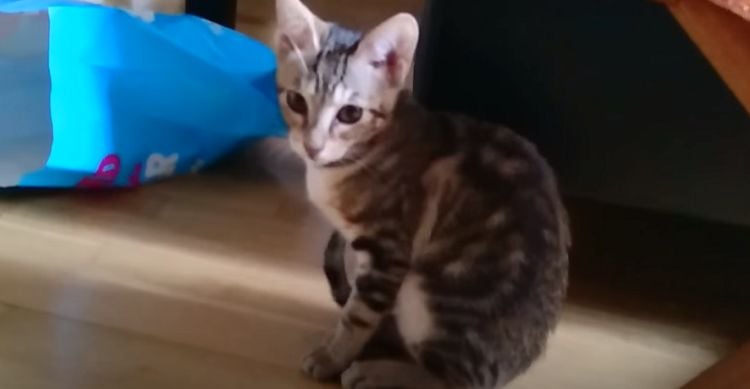 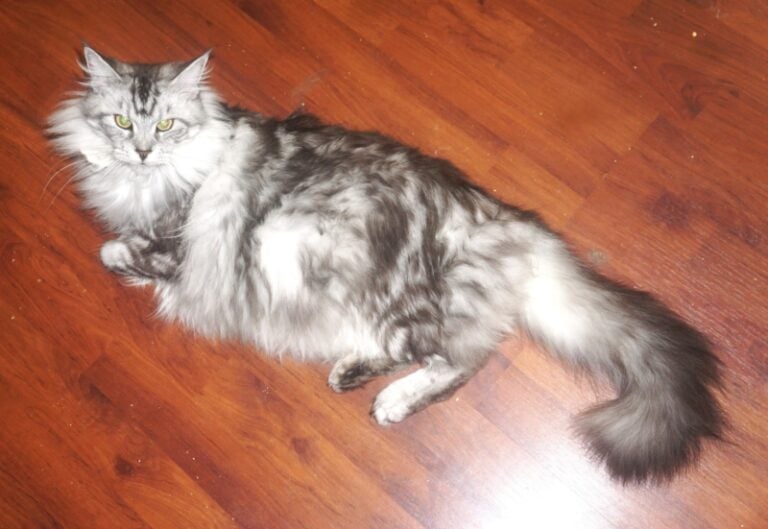 Maine Coons are amazing cats. To an extent, this is because they are big cats with fluffy coats, thus making them very impressive-looking. However, it should also be mentioned they are clever yet amicable cats… 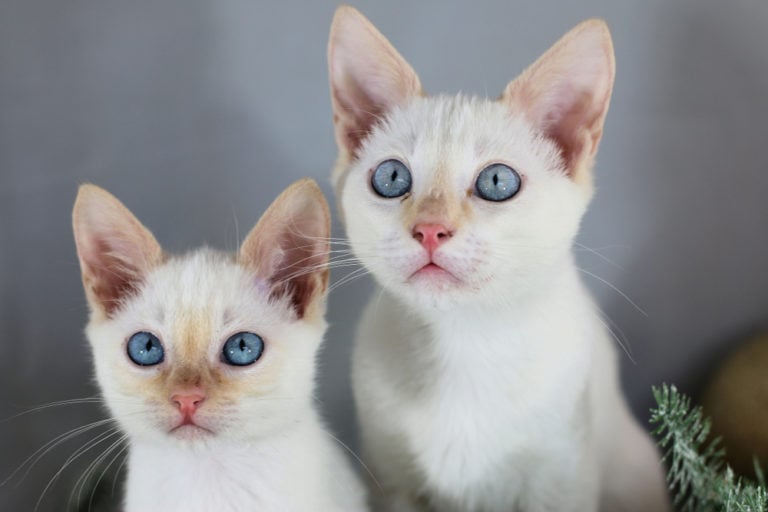 Cats are one of the most beloved household pets, and for many great reasons. If you have ever seen Russian Blue kittens, you can agree that they are downright adorable and may want one. However,… 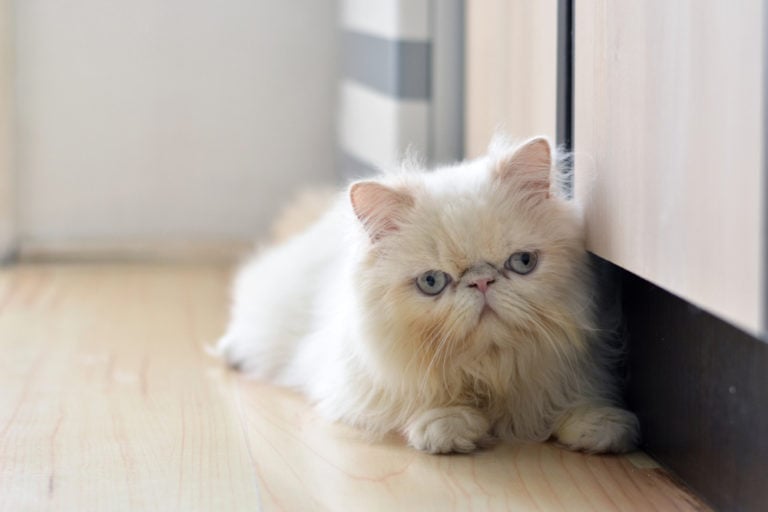 The Himalayan cats are among the most popular breeds in the United States. Ideally, they are a beautiful mix of a Persian cat with Siamese markings making them very attractive and unique. According to How… 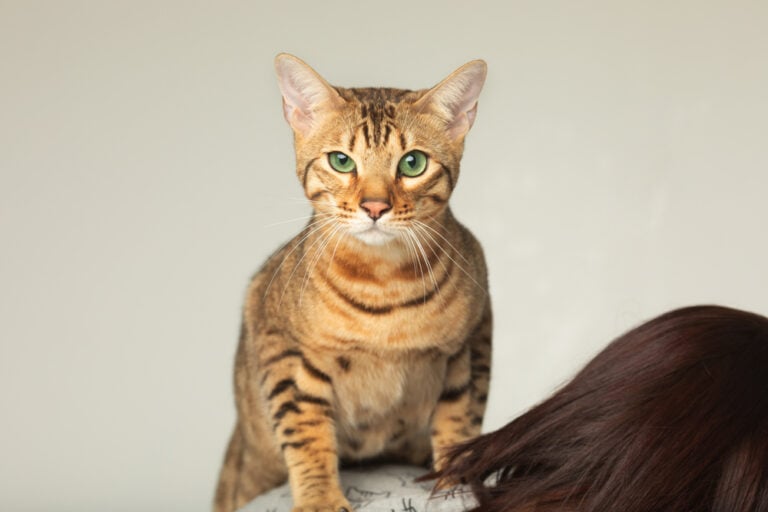 Rusty-spotted cats are an independent species, according to HowStuffWorks. With that said, the term “spotted cat” refers to domestic cats with spotted coats in most cases. Several cat breeds have consistently spotted coats. Simultaneously, several…