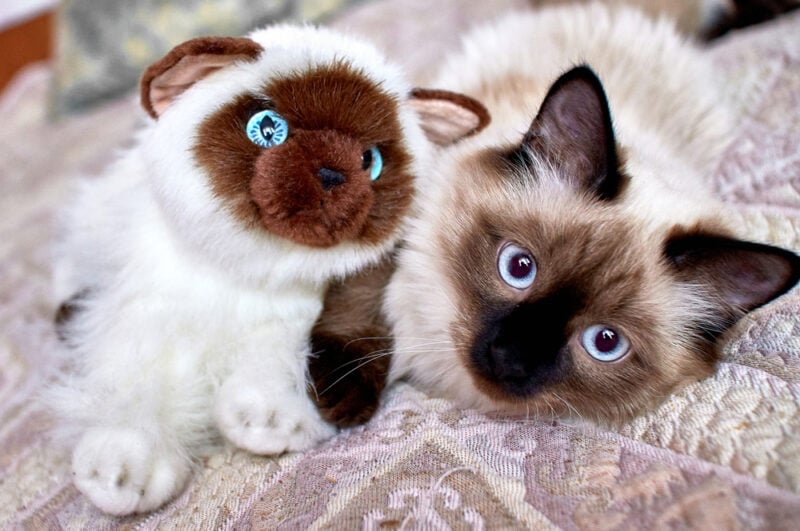 Of course, Siamese cats can have a weight that is either higher or lower than this range. In 2003, the BBC reported on a Siamese cat named Katy, who weighed an astonishing 50 pounds. Supposedly, the cat started increasing in weight when she started taking hormones to suppress her interest in mating. Instead, Katy’s one remaining passion became food. Unsurprisingly, being an extreme outlier in this regard is very much not a good thing because of the health consequences of being either so underweight or so overweight.

How Does This Compare with Other Cat Breeds?

Regardless, Siamese cats aren’t particularly unusual when compared with other cat breeds. WebMD says that most cats should weigh around 10 pounds. Based on that, Siamese cats are either small-sized cats or medium-sized cats. Certainly, they aren’t large-sized cats. After all, something like a Maine Coon can hit 25 pounds, which is more than double the weight of some Siamese cats.

For example, male cats are just bigger than their female counterparts. Similarly, the cat breed can play a notable role, as shown by the difference in ranges for the Siamese cat and the Maine Coon. As such, interested individuals might need to look up various ways to determine whether a cat is overweight or not because they can’t rely on pure numbers to do the job for them.

Hill’s mentions a couple of possibilities in this regard. First, interested individuals can use their hands to feel their cat’s rib cage. A healthy cat is supposed to have about the same amount of padding over its rib cage that we are supposed to have over the back of our hands. In contrast, the cat might be overweight if interested individuals can’t feel its rib cage unless they are pressing firmly. Second, it can be useful to check out the cat’s profile from above. If it is at a healthy weight, it should have indentations at around the hips that look somewhat reminiscent of a human waist. Overweight cats often bulge out from the sides, so that is a potential giveaway of their condition.

Ultimately, if people are concerned about their cat’s weight, they should check in with their veterinarian. Said profession has the tools needed to determine whether a cat is overweight or not with certainty. Furthermore, they can provide invaluable advice on how to return a cat’s weight to a healthier level.

Why Does Your Siamese Cat’s Weight Matter?

People should care about their Siamese cat’s weight for the simple reason that it says important things about their Siamese cat’s health. Being overweight can prevent a cat from living a healthy lifestyle, meaning it can be a self-reinforcing condition. Even worse, being overweight increases a cat’s chances of getting serious medical problems such as arthritis, diabetes, and cardiovascular disease.

Those medical problems cut into a Siamese cat’s expected lifespan of 15 to 20 years. On top of that, they have a very negative effect on our feline companions’ quality of life. We don’t know exactly how cats feel because they can’t communicate the same way that other humans can. Still, it seems safe to say they don’t enjoy chronic pain and chronic disability any more than we do.

Naturally, cat owners can expect to play an important role in any effort to change a cat to a healthy weight. Some cats become overweight for reasons unconnected to the cat owners. Unfortunately, most cats become overweight because of their cat owners for one reason or another. Sometimes, they are overfed, which can happen without cat owners realizing it. That is because cats have different needs at different points in their life, meaning what was appropriate for a cat at a young age might not be appropriate for that same cat at an older age and vice versa.

Other times, cats don’t get enough exercise. It is often skipped over in the popular imagination, but it is a fact that our feline companions need regular activity like everyone and everything else. Whatever the case, cat owners must play a role in solving their cat’s weight problem if only because cat owners have a great deal of control over how their cats live.

What Else Should You Know About Siamese Cats?

As always, interested individuals should bring their Siamese cat to see their veterinarian for regular checkups. That is expensive, but that tends to be worth it in the long run. Essentially, preventing medical problems tends to be cheaper than either curing medical problems or managing medical problems. Regular checkups ensure that interested individuals will have up-to-date information about the condition of their Siamese cat. If there is a potential issue, they will be warned ahead of time, thus giving them the chance to head it off rather than let it blow up into a full-sized medical emergency.

Besides this, interested individuals can pair regular checkups with other kinds of preventative healthcare. Becoming overweight isn’t the only thing that can threaten their feline companion’s wellbeing. They can’t protect their Siamese cat from everything out there, but they can still protect their Siamese cat from a wide range of threats with a reasonable expenditure of time, effort, and money. 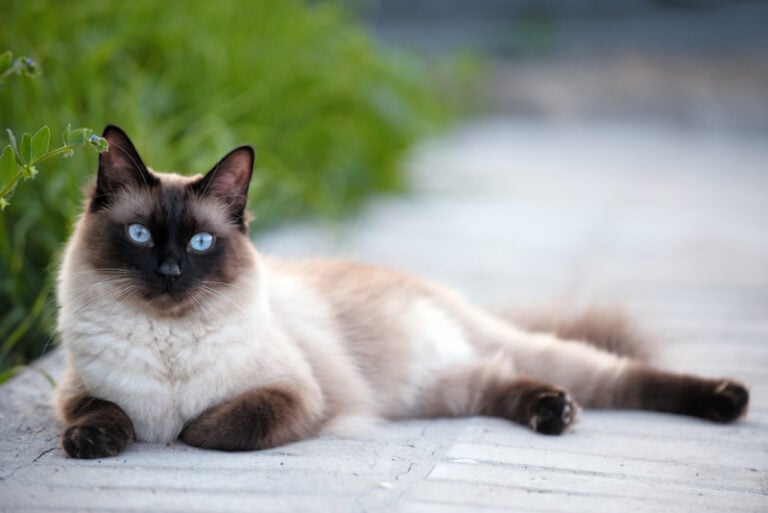 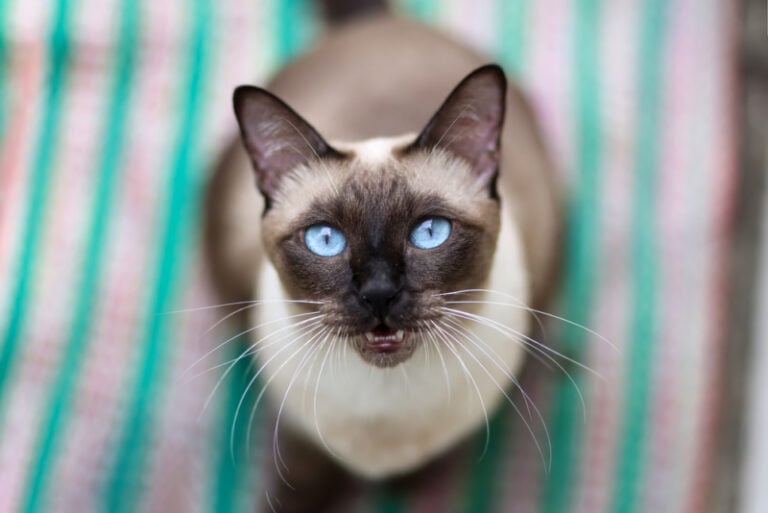 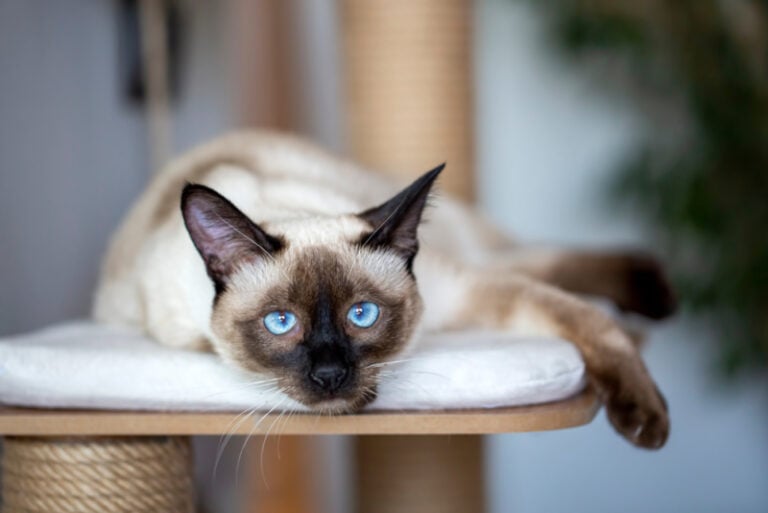 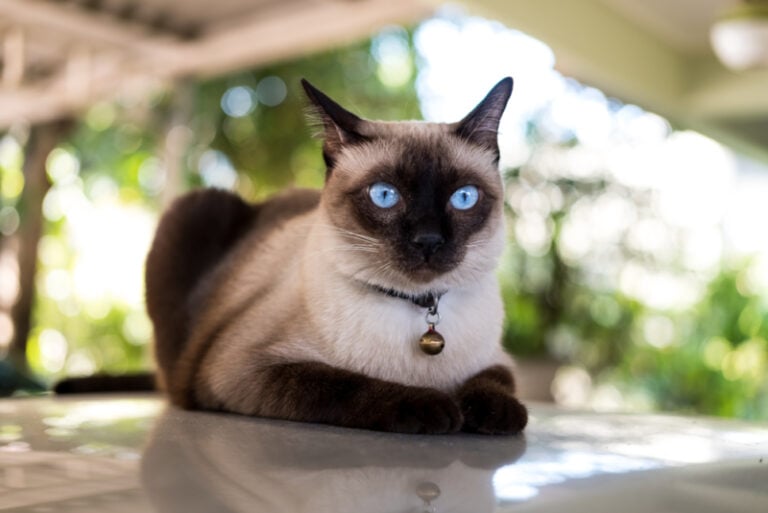 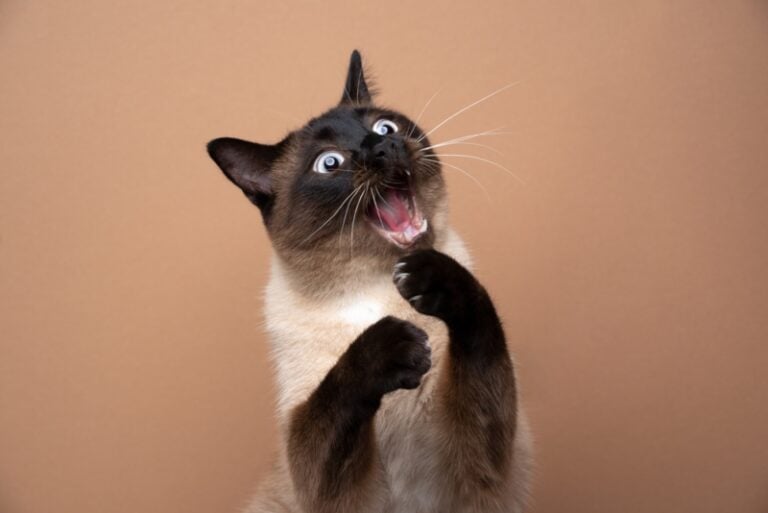 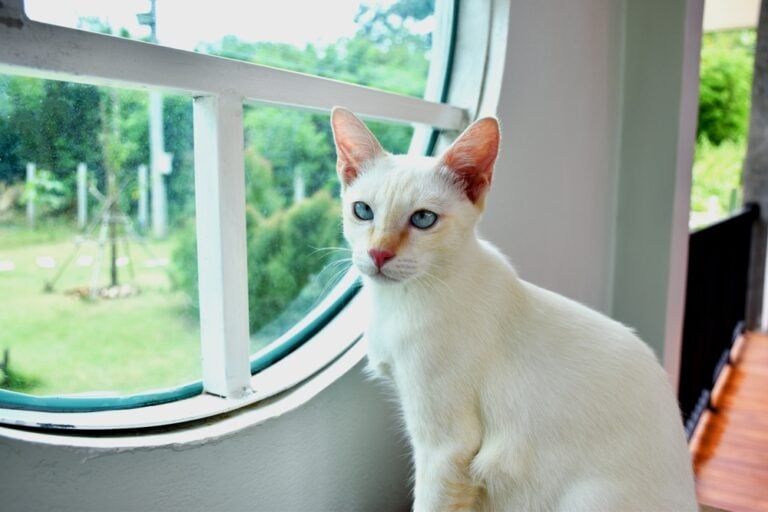