Cats are quirky animals that seem to have split personalities. One minute they’re ignoring you and trying to escape your interests to play or interact in other ways. The next, they’re all over you, vying for your attention. Researchers have been trying to learn more about the erratic behavior of felines in an attempt to understand why they do the things they do. If you’re like me and you emerge from the bathroom to find your cat waiting for you on the outside, you may wonder why he does this. As it turns out, there are some very good reasons why they choose to do this particular thing

Why your cat waits for you outside the bathroom

According to Yahoo Lifestyles, experts in cat behaviors say the likely explanation for this behavior is because of a cat’s natural curiosity. Anybody who owns cats can tell you that it’s an essential part of life with a cat to keep access to the bathroom restricted. From the time that they’re kittens, cats love to shred toilet tissue into atomic particles. They dig them out of a packaging system just to leave you with a pile of tissue that is so finely shredded, it’s good for little more than a paper mache project. Cats also love to bat any items they spy off countertops. This includes shampoo bottles, soaps, razors, and more. After one or two rounds of destruction in the bathroom area, cat owners learn quickly to keep the doors closed with the cats on the other side. Cats know when they’re being banned from an area, and this stokes their curiosity about the room even more. The next time your cat waits for you outside the bathroom, you will know that he’s being nosy and wants to get inside to do his investigation of the area.

Other reasons why your cat may wait outside the bathroom

If you can rule out the curiosity factor, then your cat might simply be trying to get your attention. If your cat is in the mood for your company, it doesn’t matter what you have going on. They’re ego-centric animals who want what they want when they want it. If you’re wondering why they suddenly show interest in you when you’re the busiest, there is a reason for this behavior also. They want to be the center of attention. They tend to interject themselves into whatever you’re doing at the time. Your cat might be waiting for you to come out so he can get your attention.

Reasons why cats might want to get your attention

Aside from the fact that cats can be attention-hogs, there are a few other reasons your cat might be trying to get your attention. There may be a good reason for investigating his intrusions. According to Maddie’s Fund, experts in feline behavior explain that cats generally come to their owners when they have a need. They’re likely not trying to be obnoxious. This might be an emotional need or a physical need. If your cat uses a litter box, it might be full and in need of cleaning. If he does his bathroom business outdoors, he may need to get out to relieve himself. He may be trying to get your attention to let you know that his food or water dishes are empty. It’s a good idea to check out the situations related to his physical needs before discounting his pleas for attention. If everything else is in order, your cat might want to get your attention because he is having an emotional situation. Cats want to be near their owners when they feel frightened, lonely, stressed out, or insecure. Sometimes all they want is a little reassurance from you, then they can be on their way.

When your cat demands constant attention

According to Cat Watch, when a cat ramps up his demand for your attention it’s for one of two reasons. Either he is just ego-centric or he may have an underlying medical or emotional issue. If your cat’s behavior includes waiting outside of closed doors or targeting you during other times in excess, he may either feel sick or have an emotional problem such as anxiety or fear. It’s always a good idea to keep his regular medical checkups and let the vet know if there are any changes in behavior. It’s always a good idea to check out the most obvious reasons before assuming that it’s something more serious. Some vets will prescribe medications for cats who experience extreme anxiety disorders.

If your cat is a regular who waits outside the bathroom door when you’re in there, you’re not alone. It’s a common behavior that is most often the result of his curious nature and his need to know about every room in the house. If this is an area you’ve banned him from, he’s going to naturally want to know what’s inside. You may want to consider remaining in the room and letting him take a look around, but it’s not advised to ever leave a cat in a bathroom unattended. If you’re fairly certain that this isn’t the case, investigate the reason why he is trying to get your attention. Make sure that he has plenty of food and water, that his litter box is clean, and that there are no environmental factors that are making him feel emotionally distressed. Cats do a lot of quirky things that we have trouble understanding. In most cases, they either wonder what’s going on or want to get your attention. It’s seldom a reason for concern unless there are other unusual behaviors associated with it. 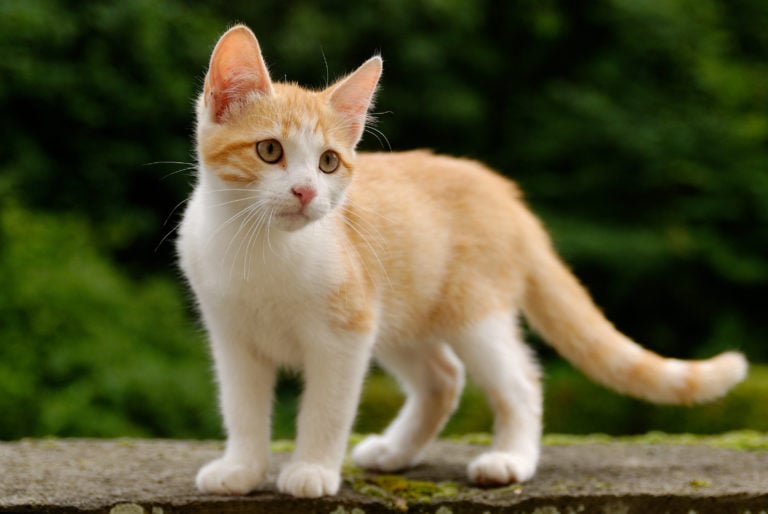 The eyes of a newborn kitten are light-sensitive organs and…

So you have decided that you are going to finally…

Ocicats cats are some of the most exotic looking domesticated…

Cats are wonderful pets, but sometimes they get sick or… 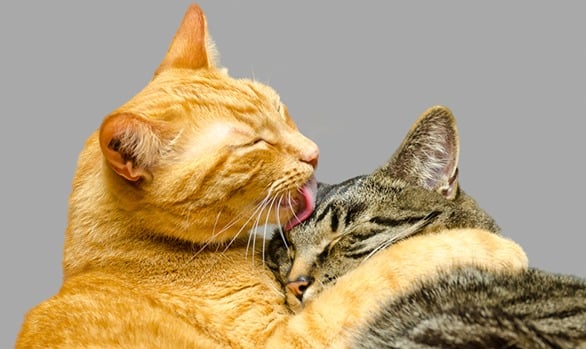 Female cats will show obvious signs of them hitting their… 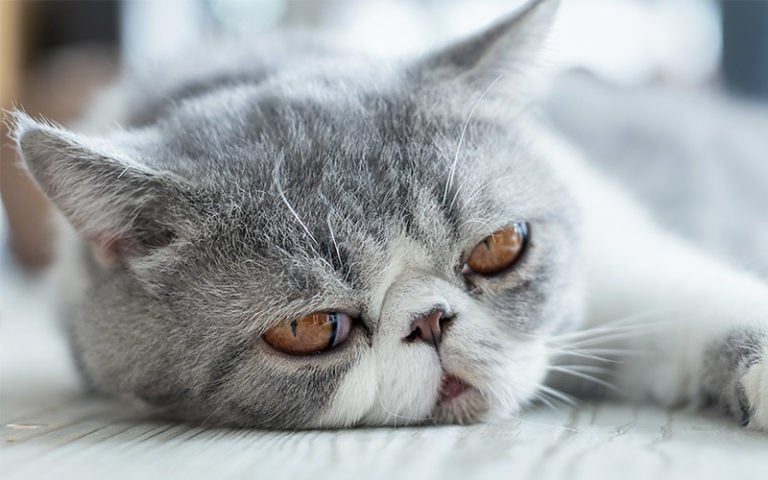 Cat lovers around the world will all agree that their…