Lactose is a sugar that can be found in milk. In fact, it should be mentioned that the term comes from the Latin lac for milk combined with the suffix -ose used to name sugars. Lactose is one of the better-known sugars out there, not least because of its role in whether people can consume milk or not. For those who are curious, people can’t digest lactose unless their digestive system is producing sufficient quantities of an enzyme called lactase. This is because lactase is needed to separate lactose into two simpler sugars – glucose and galactose – that are much more absorbable. When someone lacks sufficient quantities of lactase, the result is a condition called lactose intolerance.

There are a number of ways for someone to be lactose intolerant. For instance, some people are born with lactose intolerance. Sometimes, this is because they were born premature, which is relevant because the small intestine starts making lactase-producing cells late in the third trimester. Other times, this is because they have a recessive trait, though this is rare because they need to inherit the same gene variant from both their father and their mother. Besides this, people can become lactose intolerant because of illnesses as well as their complications. Examples include but are by no means limited to celiac disease, intestinal infections, and bacterial overgrowth.

With that said, the single most common cause of lactose intolerance would be that it is perfectly normal for mammals to produce less and less lactase upon maturity, thus causing them to become incapable of digesting lactose. That can sound rather strange. However, the ability to digest lactose in adulthood is a relatively recent development among humans.

In short, milk production was one of the reasons that people domesticated cattle, goats, and sheep. After all, milk is very nutritious, which is very important because getting enough to eat has been the single biggest concern for the overwhelming majority of humans for the overwhelming majority of the human experience. Thanks to that, the ability to digest lactose in adulthood became very useful for humans, thus causing it to become more and more common over time. However, the development of this ability was not universal for the simple reason that the domestication of cattle, goats, and sheep for the purpose of milk production was not universal. As such, different ethnicities can have very different percentages of people who can continue digesting milk even when they are adults. For example, said ability is very widespread among people of European, South Asian, and West Asian descent. In contrast, the lack of said ability is much more common among people of East Asian, Hispanic, and American Indian descent.

By this point, interested individuals might have guessed that cats aren’t very good at digesting milk. Yes, they have been domesticated by humans for a very long time. However, humans haven’t been feeding cats milk and milk products with the same kind of consistency that they have been consuming milk and milk products themselves, meaning that cats haven’t encountered the same kind of evolutionary pressure. Thanks to that, cats in the present time aren’t actually that different from cats in the past. Like other mammals, cats can digest their mother’s milk when they are still young. However, that changes when they grow up because they produce less and less lactase upon maturity.

Of course, cats can still drink milk anyways. When that happens, the lactose tends to remain in their intestines rather than pass on into their bloodstream. There, it will ferment, which can lead to a number of gastrointestinal issues such as diarrhea, vomiting, abdominal pain, abdominal discomfort, and a loss of appetite. It is worth mentioning that this isn’t universal because there are some cats that can digest milk even as adults. However, even in those cases, consuming milk isn’t a good thing for cats because milk contains too much fat. Like humans, cats don’t do so well when it comes to foods that contain either too much fat, too much salt, too much sugar, or some combination of those things.

It is interesting to note that there is something called lactose-free milk. For those who are unfamiliar, this is a kind of milk product that is suitable for consumption by both humans and cats with lactose intolerance. However, lactose-free milk isn’t processed that much. Instead, it is produced by putting lactase in regular milk, thus causing the lactose to break down beforehand rather than leaving it to ferment in the intestines of those who cannot digest it on their own. As such, lactose-free milk is very close to regular milk when it comes to taste, texture, and even their nutritional content. In other words, it isn’t exactly the healthiest of treats for cats, but it should be fine as a treat offered to them from time to time.

Having said that, it is better for cat owners to be safe than sorry when it comes to what they feed to their cats. Basically, we are used to thinking about food safety from our own perspective, which is bad because humans are very much not the same species as cats. This can be seen in how there are a lot of foods that humans can consume with no issue but can be outright poisonous to our feline companions.

To prevent such incidents from coming to pass, interested individuals should always double-check when they are thinking about feeding their cats something new. This doesn’t mean just looking up the food or beverage on the Internet. Certainly, that kind of research can help. However, it provides what is fundamentally very generic information, which is an issue because different cats fare differently when presented with the same circumstances. This can be seen in how some cats produce enough lactase to digest lactose even as adults even though most cats cannot do the same. On top of that, it is perfectly possible for cats to have food allergies in the same way that humans have food allergies. Under those circumstances, it is a good idea for interested individuals to consult their veterinarians because those are the ones who have the personalized knowledge needed to provide the best insight. 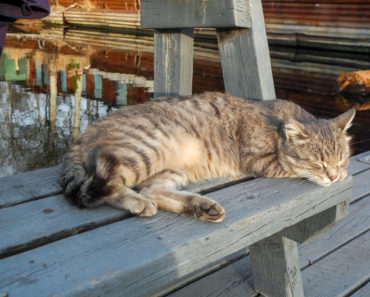 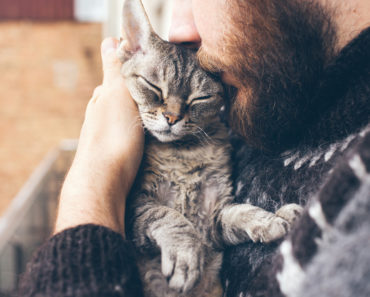 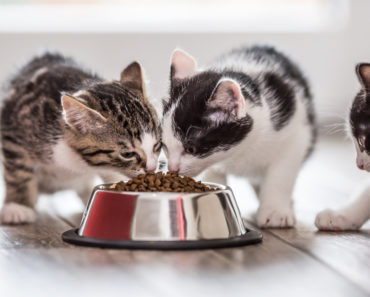 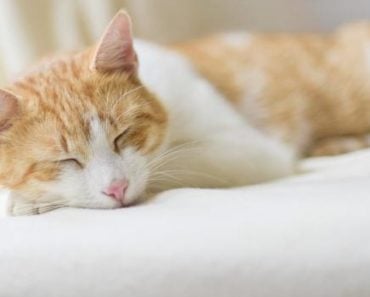 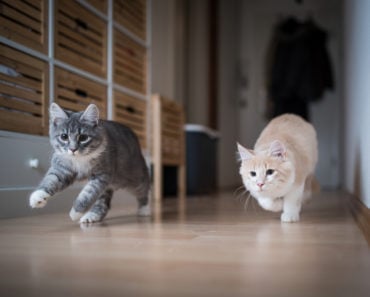 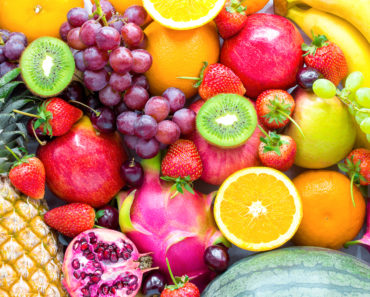 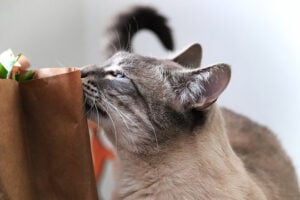 Why do Cats Open Their Mouths When they Smell?