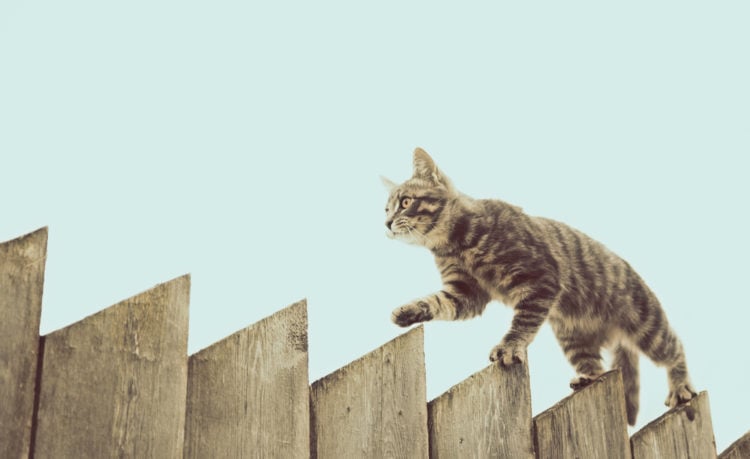 The film “The Secret Lives of Pets” attempts to show us what our furry friends are up to whenever we leave them at home. However, have you ever wondered what your pet does when it leaves your house for a few hours then comes back? If only your pet could talk, it could tell you what an adventure it had. Since they can’t speak or don’t understand their language, the best we can do is record every minute we can with them and deduce what they think. One awesome cat visits a neighbor’s house every day for a few hours, and the clip has gone been shared on TikTok and Instagram. Let’s tell you more about Wills the cat as we delve further into why pets behave like that.

All in a Day’s Work

On Instagram, a TikTok video was shared detailing how one cat visits the neighbor every day. The clip, uploaded by a user using the handle @paigeshortx, elaborates that the cat sits at her gate for a few hours until he can be allowed into the compound. Once in, Wills loves his fur being brushed, and his purrs are enough to tell the neighbor that she is doing a good job. After a satisfactory fur brushing session, the cat likes to take a nap, and you can see how good he feels going by the legs raised in the air. After the nap, the rejuvenated kitty loves playing, and his best pastime activity is “catching” fish on the big flat-screen TV. For a job well done of catching the fish, he likes to be rewarded with belly rubs. Wills is quite a high-maintenance pet and loves being treated like a king; therefore, he can only drink from the bowl if it is held up to him . Once well hydrated, the cat wants to play more, so the neighbor will have Wills chasing a stick in circles until he is exhausted. Once again, when done playing, he will take another nap, which will give him the energy needed to go back home. As they bid each other goodbye, the neighbor knows that the next day, Wills will be there, as usual, waiting at the gate to be let in for some playtime. The clip attracted humorous comments on Instagram, with some users saying that they think when their cats disappear during summer, they are usually up to such mischief. Another user said the cat is living a better life than her; she added that even her trash cans go out more, unlike her, especially during this pandemic. Another one jokes that Wills enjoys the free salon and chill space which is true.

Wills is not an exemption for visiting neighbors and appreciating the finer things in life that friendly humans have to offer. According to Cats on Catnip, Imgur user Antoine2449 had a cat visit every day for an entire year. The user said that the first visit began when she found Mama on her back porch. Being a cat lover, Antoine2449 lets the cat in, using some rubs to win her trust. The cat realized that the neighbor was pleasant and returned the next day and the day after until a year passed with Mama visiting the family every day without fail. So much has she become attached to the family that when Mama visits and does not find them, she would rather wait on the patio furniture, taking a nap until they arrive. However, she always confirms if they are home by peeping through the windows. When she sees them, she taps on the glass with her paws and meows as if asking if they are too busy for her. Of course, they never are, and they always welcome into their home where Mama shows her appreciation by head-butting. The cat born with heterochromia enjoys the treats that the family always has in store as they await her visit, and they do not mind her going by the house every day because she is sweet and cute. Mama is so cute that Antoine2449 likes to take pictures of the feline every chance she gets.

Why Cats Visit Other Homes

If you look at the stories of Wills and Mama, you will find the common denominator is the friendly neighbors. Therefore, Cuteness enlightens us that cats love friendly people and will go out of their homes to meet these new people if they are comfortable with them. Cats like Mama and Wills have found happiness and comfort outside of their homes, and they are willing to seek it every day. The article says that such cats split their time been between homes like Mama and Wills do, while some leave their owners to be with the newfound family. Such cats are meant for the indoors, and trying to keep them in the house will result in constant pawing at windows and meowing loudly to be let out. Still, there is another explanation about cats visiting other people’s houses. Sometimes it is not about finding a friendly stranger but more about the curiosity of the neighborhood. As territorial animals, felines like to explore to know what lies around them to eliminate possible threats. Do not be too excited about your cat visiting your neighbor too much; it could be that there is something in your house causing them anxiety, and they prefer to be out instead of living in constant fear. Whether a new baby, new home, or visitors, cats will perceive the strange people in their territories as threats. It may take time for a cat to get used to new surroundings, so once your cat starts visiting your neighbor more often than usual, check to see that you are not causing him anxiety. 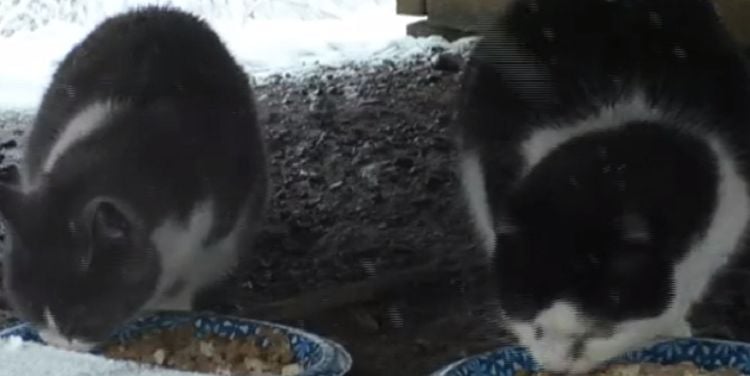 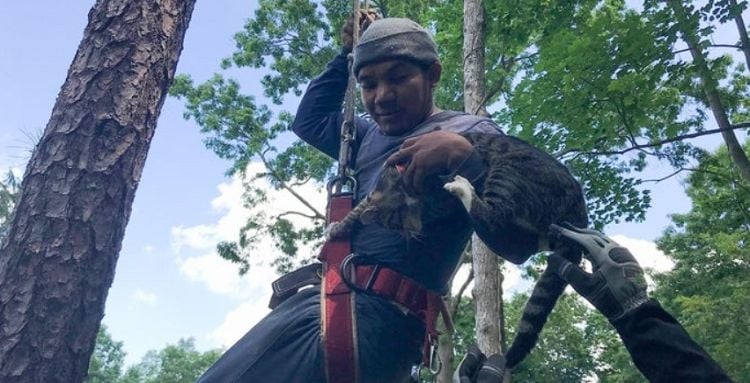 In late June, a shorthair tabby named Tiger managed to get stuck in a tree in Smithtown, NY. Generally speaking, cats will get out of trees on their own when they become hungry enough and… 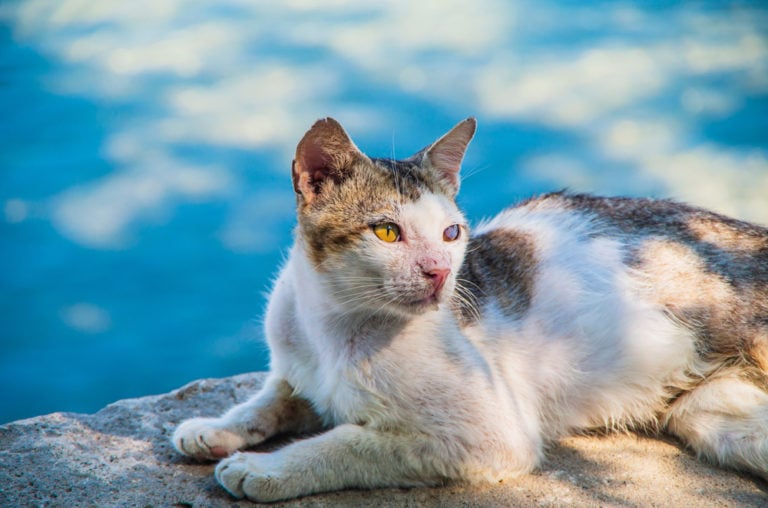 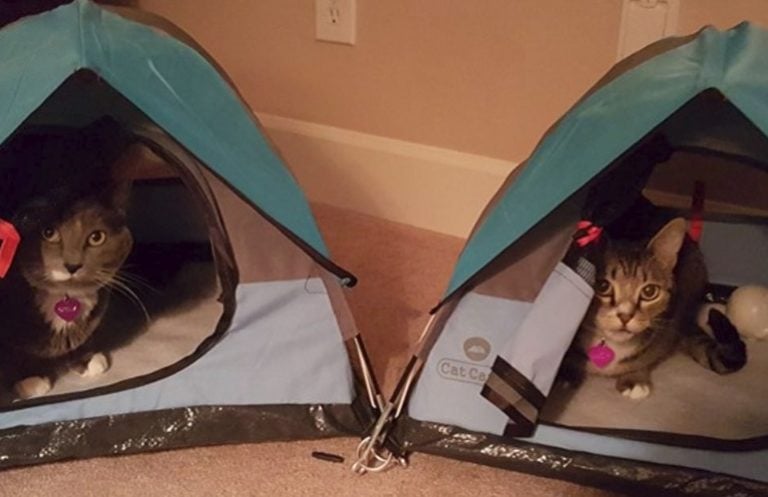 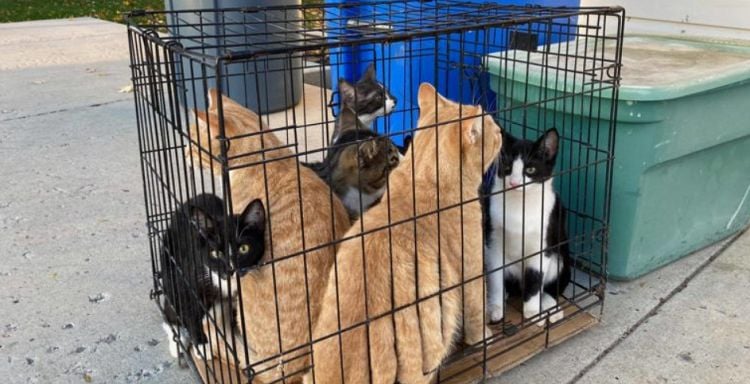