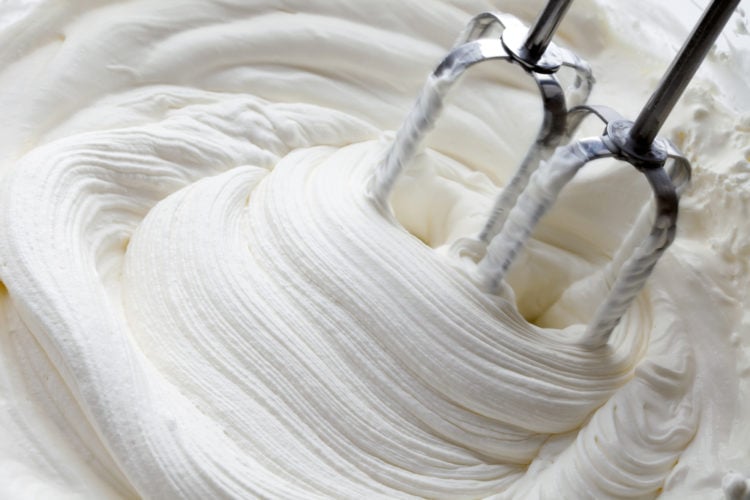 Everyone knows that cow’s milk comes from cows. However, it is important to note that cow’s milk is the source for a wide range of other dairy products as well. For instance, cream tends to refer to the fat that floats to the top of un-homogenized cow’s milk. A process that can be sped up through the use of centrifuges in modern times. Once cream has been collected, it can be used to produce a number of other dairy products. For example, it can be churned to separate the butterfat and the buttermilk. Similarly, it can be turned into sour cream through the introduction of a suitable bacterial culture. As for whipped cream, it is called thus because it is cream that has been whipped using either a whisk, a mixer, or some other tool until it is light and fluffy. After which, whipped cream can be sweetened as well as otherwise flavored. It isn’t a new invention. However, it is now consumed in greater quantities than ever before.

Whipped cream isn’t poisonous for cats. However, that isn’t the same as saying that it is fine for cats. If anything, whipped cream can be quite bad for our feline companions. For starters, most mammals can’t consume dairy products as adults. Generally speaking, mammals produce milk for the purpose of feeding their young. As a result, it is normal for mammals to lose the ability to digest the lactose in milk as well as milk-derived products when they grow up. This is what interested individuals might recognize as lactose intolerance in humans, which is a rather misleading term because just 35 percent of the global population retain the ability to digest lactose as adults thanks to a genetic mutation that happened a few thousand years ago. It isn’t 100 percent clear why that happened. Instead, the important point is that it did happen, which is why a significant portion of humanity can continue consuming milk as well as milk-derived products as adults while other mammals tend to be incapable of the same. Cats are no exception to this rule. There are some cats that can consume dairy products as adults. However, those are very much the minority versus the majority that cannot. As such, when a cat owner feeds their cat dairy products, chances are very good that their cat will experience gastrointestinal issues because of the undigested lactose. For example, the undigested lactose can cause gas, thus resulting in flatulence. Similarly, the undigested lactose can cause water to enter into the intestines, thus causing diarrhea. These issues shouldn’t be life-threatening in most cases. Even so, these issues can be very unpleasant for the cat.

Moving on, the other ingredients that are often found in whipped cream can cause problems for cats as well. One ingredient of concern would be the high fat content of whipped cream, which can cause cats to become overweight. Something that is as bad for feline health as it is for human health for much the same reasons. Another ingredient of concern would be the high sugar content of whipped cream, which can contribute to both diabetes and tooth decay. As for other sweeteners, it is possible for them to cause fluctuations in a cat’s blood sugar. An issue that can be particularly dangerous for cats that are already suffering from diabetes. On top of everything else, cats don’t get any benefits from eating sweet things whatsoever. Humans can enjoy the taste of sweetness. In contrast, cats literally lost the taste buds for sweetness millions of years ago. Summed up, cat owners can feed whipped cream to their cats. However, this is a bad idea. In part, this is because whipped cream can contribute to a wide range of serious health problems. However, cats won’t get anything out of it that they can’t get from something better. In fact, eating whipped cream might actually hinder them from getting their needed nutrients because whipped cream can make them feel full.

Whenever cat owners aren’t sure whether their cat can eat something or not, they should consult their veterinarian. To an extent, this is because there are a lot of foods that are safe for human consumption but not so safe for human consumption. To name some examples, coffee, tea, and chocolate are bad for cats because they contain caffeine that can cause restlessness, muscle tremors, and heart palpitations. Chocolate is particularly bad because it also contains theobromine, which is both a stimulant and a diuretic. Likewise, humans think nothing of eating garlic, onions, and their other relatives. In contrast, eating these foods can cause a lot of trouble for our feline companions. Similarly, every single citrus fruit is problematic for cats. Under these circumstances, it is just sensible for cat owners to take the precaution of making sure that their cat can eat it whenever they introduce something new. Sure, they can find a fair amount of information using the Internet. However, what is true for most cats isn’t necessarily true for every single cat out there. As such, their veterinarian should be considered their best source of information on such matters because of said individual’s familiarity with their cat’s specific medical status.

Besides this, cat owners should also be cautious whenever they feed their cat something new. Essentially, this means feeding their cat a small amount of the food to see what happens. Generally speaking, this is the right way to go anyways because there are a lot of foods that are suitable as snacks for cats but not as staples for cats, meaning that they should be fed to the latter in moderation. On top of this, there is the matter of checking for any unexpected issues. Veterinarians know their stuff. Even so, they aren’t superhuman, so they can’t be expected to know everything that there is to know about one of their charges. Cats can pick up allergies out of seemingly nowhere in much the same way as humans. As such, it is a good idea to play it safe rather than run the risk of being sorry. 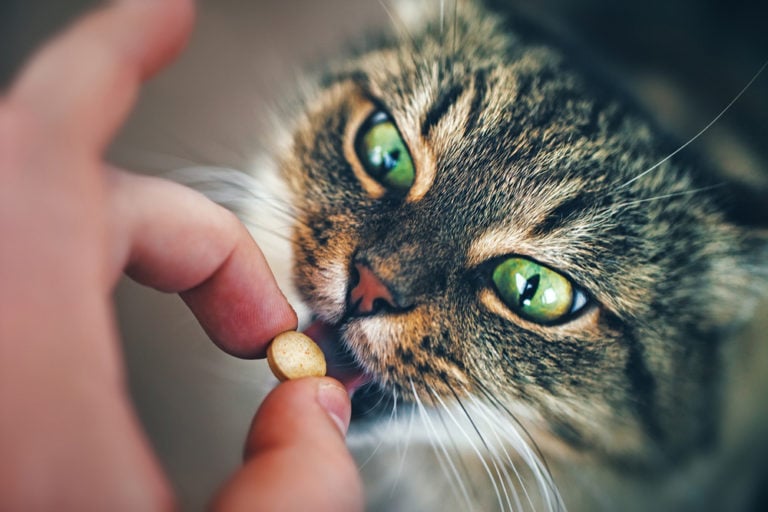 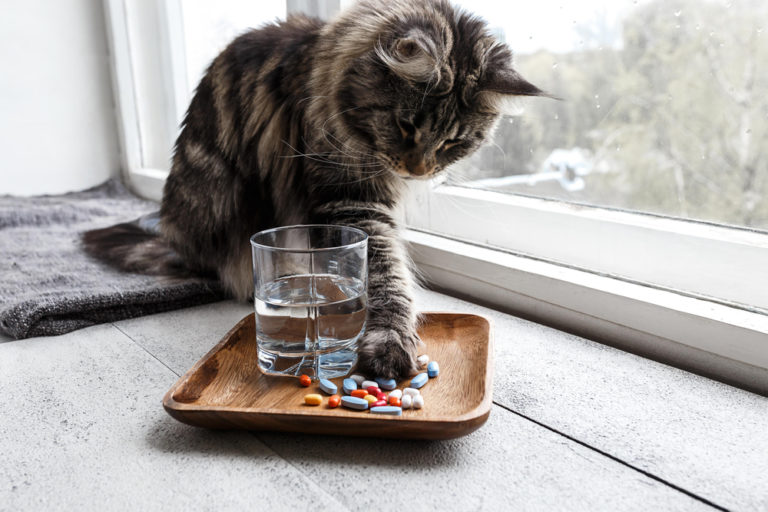 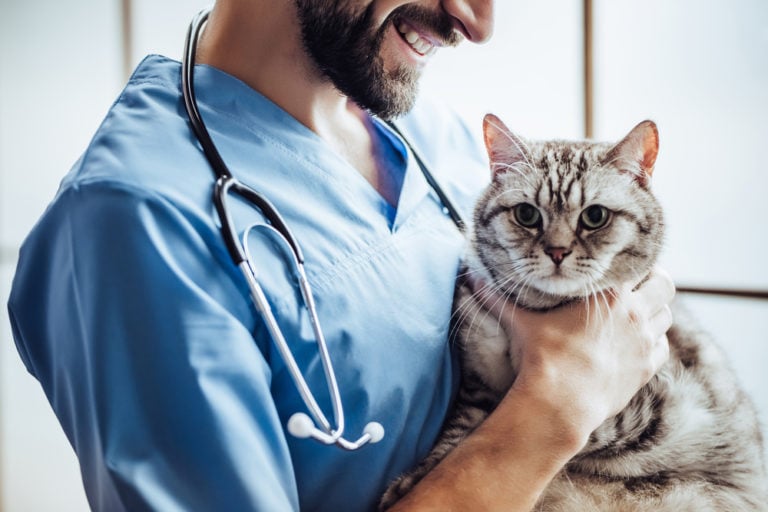 Pancytopenia in cats is a medical condition that occurs when their red and white blood cells and platelets drastically decrease. If a cat is healthy, the red blood cells help with oxygen production, the white… 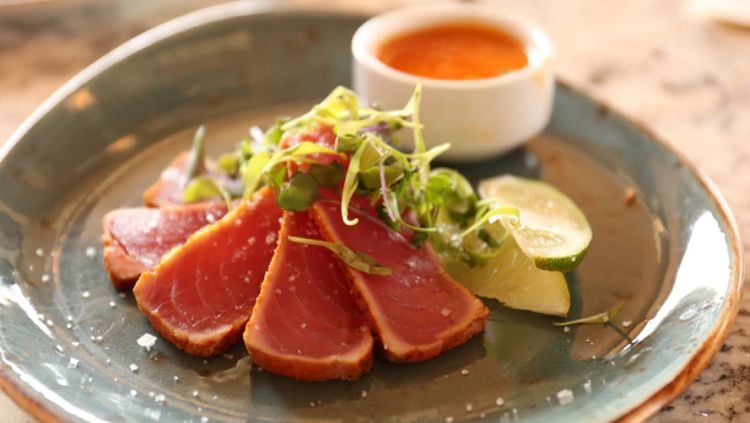 There’s a question on the minds of many cat owners: is it safe to give my pet tuna juice? To answer the question, we’ve compiled some insights from concerned cat owners and veterinary professionals: What… 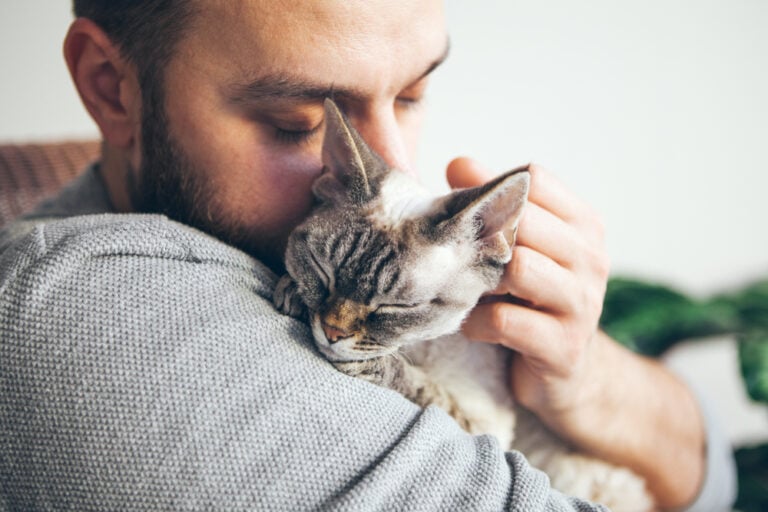 Cats are an important member of the family. They are cute, cuddly and overall a wonderful pet. As a pet parent, you must provide the best care for them. Cats live up to 15-16 years…