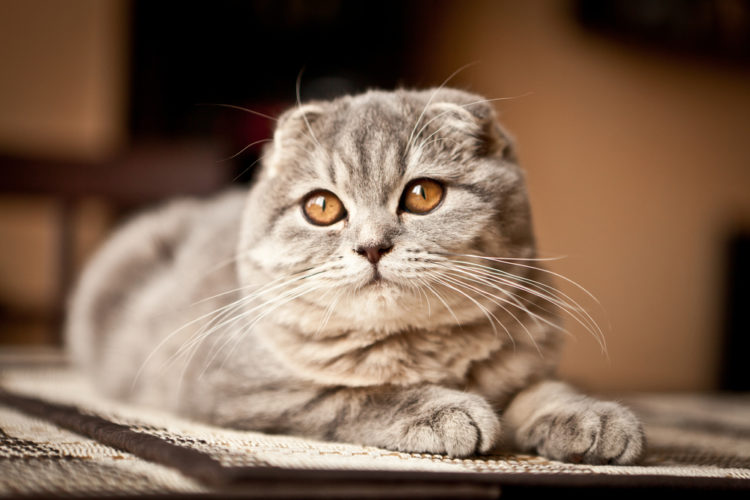 Cute and cuddly they may be, but some cat breeds are hiding a very dark reality. Whereas cats used to be functional, they’re now ‘adorable’… and that comes with consequences. For them, it could mean breathing difficulties, a limited range of movement, dental problems, exercise fatigue, and a predisposition to heart, kidney, and liver problems. For us, it could mean big vet bills and watching our furry friends suffer a lifetime of pain and distress. While some cats are naturally more inclined to poor health than others, most of the problem lies in breeding practices that have prioritized looks over welfare. These are the five most unhealthy cat breeds.

The Exotic Shorthair is a gentle, loving cat. They’re playful, good with kids, and generally an all-around delight. The problem? Their faces. Like the Persian, the Exotic Shorthair has been selectively bred to boast a flattened face. Some people might think it looks cute. Those people should try living a day in the life of an Exotic. If breathing difficulties, progressive retinal atrophy, exercise intolerance, eye inflammations, dental problems, and difficulties in eating don’t sound a whole heap of fun, it’s because they’re not. Unfortunately, some breeders who value money over health have decided to cash in on the public’s love for ‘cute’ cats by breeding them to be ever more disfigured. Unhappily for the Exotic, their problems don’t end where their flat faces leave off. Like many breeds that have been deliberately engineered, they’re prone to several genetic illnesses, including polycystic kidney disease and hypertrophic cardiomyopathy.

Few cats are quite so distinctive as the Manx. The breed, which originates on the Isle of Man, has a naturally occurring mutation that results in a shortened tail. Natural or not, it causes problems… a lot of them. For a start, cats with partial tails are prone to arthritis, which can cause severe pain and distress from a young age. Manx cats are also susceptible to “Manx syndrome,” a debilitating condition that occurs when their tailless gene leads to excessive shortening of the spine. This can cause damage to the spinal cord and nerves, resulting in spina bifida. It can also lead to digestion, bladder, and bowel problems. Some 30 percent of all Manx cats have the syndrome, which not only leads to a painful life, but a short one – the oldest cat to have it lived till the age of 7, but most only make it to 3-4 years old. Other common problems include rump fold intertrigo, corneal dystrophy, rectal prolapse, and megacolon, a recurring disease that causes severe constipation, and which can prove life-threatening if not monitored. Because of the number of potential issues surrounding the breed, the Governing Council of the Cat Fancy (GCCF) has imposed numerous breeding restrictions on the Manx. Suffice to say, many unscrupulous breeders have found their way around the restrictions.

As The Dodo says short and cute though they may be, the truth about Munchkins is surprisingly dark. While some cats are born with a naturally occurring mutation that causes them to have short legs, people have now started selectively breeding them to look that way. Unfortunately, the mutation can lead to bone deformities and with that, a bunch of health problems. “From what we know, the inappropriate bone formation leads to abnormal loading, which predisposes them to osteoarthritis,” Dr. Carol Margolis, a veterinarian and lecturer at the University of Pennsylvania School of Veterinary Medicine, explains. “They can have spinal malformations, lordosis, and scoliosis, and they can be born with rib abnormalities.” Due to their deformities, Munchkins can’t run or jump in the way of a regular cat…. although some have questioned whether they don’t jump because they can’t, or because their deformities make it too painful to even try. Despite the fact that Munchkins haven’t been recognized as an official breed by the Cat Fanciers Association (AFA), breeders haven’t been slow to capitalize on their cuteness, charging anything up to $1200 per kitten. The fact they’re selling cats that have been bred with no thought to their long-term health and welfare seems to weigh less heavily on their mind than their price tag does.

As RSPCA Knowledgebase says, evidence increasingly suggests that cats who have been bred to have exaggerated physical features like flat faces are at increased risk of significant health problems that lead to lifelong suffering. Pity the poor Persian then, a breed that’s been developed to have as flat a face and as small a nose as possible. Like pugs and other brachycephalic dogs, flat-faced cats can suffer a host of breathing issues arising from their narrow nostrils and airways. Their abnormally long soft palate doesn’t help their case either, making it more difficult for air to travel through their airways. Because of their breathing difficulties, Persian can suffer extreme exercise fatigue, with the result that they can only run and play for very brief periods before becoming distressed. Persians are also known to suffer abnormalities of their tear ducts and drainage system. This in turn can put them at increased risk of conjunctivitis and other eye problems. Their abnormally shaped skulls, meanwhile, can result in abnormal teeth development, which can lead to both severe dental problems and trouble eating.

Taylor Swift may love her Scottish Fold, Meredith, but if animal welfare campaigners get their way, Meredith and her kind could soon be relegated to the pages of history. According to Richard Malik, a veterinary consultant at the University of Sydney, breeding Scottish Fold cats is “cruel” and “ethically indefensible”. Chief superintendent Mike Flynn of the Scottish SPCA agrees, telling the Daily Express “It is common for the breed to suffer from serious health problems.” So what exactly is the problem? In a word, cartilage. The breed’s distinctive floppy ears and owl lie appearance all comes down to weakened cartilage, which not only makes their ears fold, but can make their legs buckle too. Serious abnormalities in the leg joints and bones can end up causing arthritis, abnormally thickened, inflexible tails, spinal problems, and stiff legs. There’s no cure for the disease, so affected cats are left to suffer a lifetime of limited movement and pain. Many associations and competitions have banned the breed, but it hasn’t stop breeders from continuing to make a mint out of them. 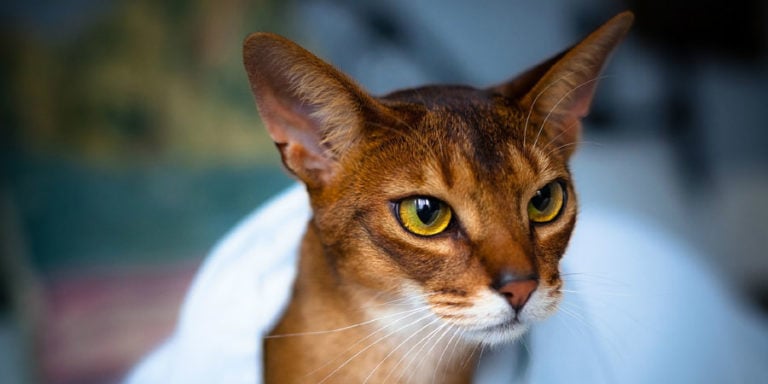 The Norwegian Forest Cat is a name most people don’t hear very often. Someone exceptionally knowledgeable about cats will know all about this cat, but someone who is just a cat lover but not an… 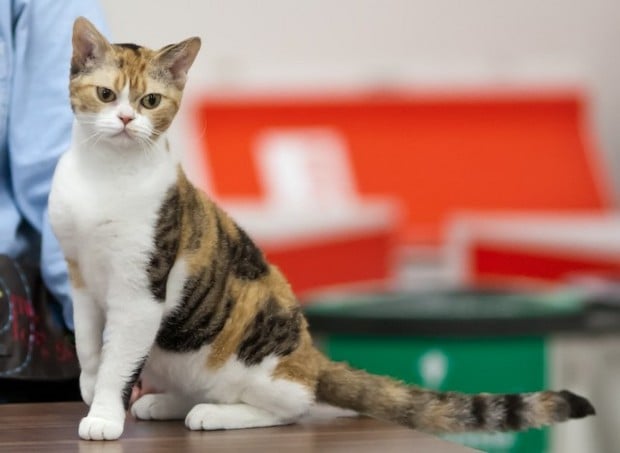 From Catster – The American Wirehair is generally considered an affectionate, people-oriented cat that loves to play but is not hyperactive or clingy. Wirehair cats shed in the spring and fall like other cats, but… 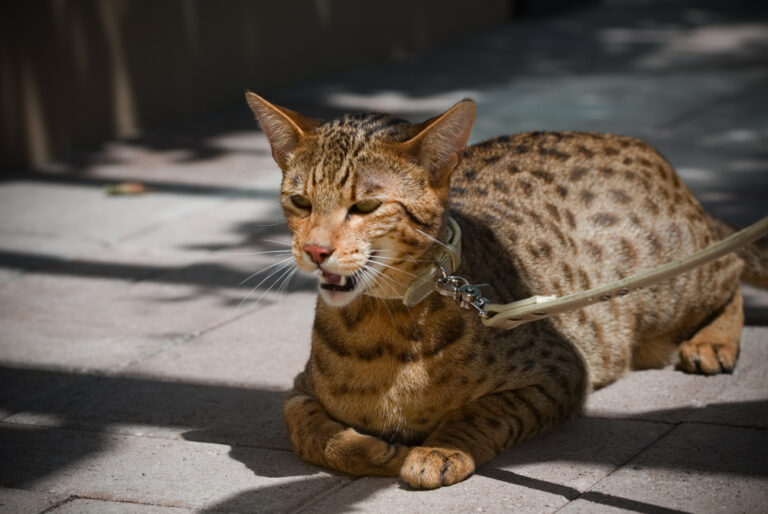 Some people would like to keep exotic cat breeds as pets but assume it is illegal to keep any at home. They are partially right since, according to Big Cat Rescue, it is illegal to…