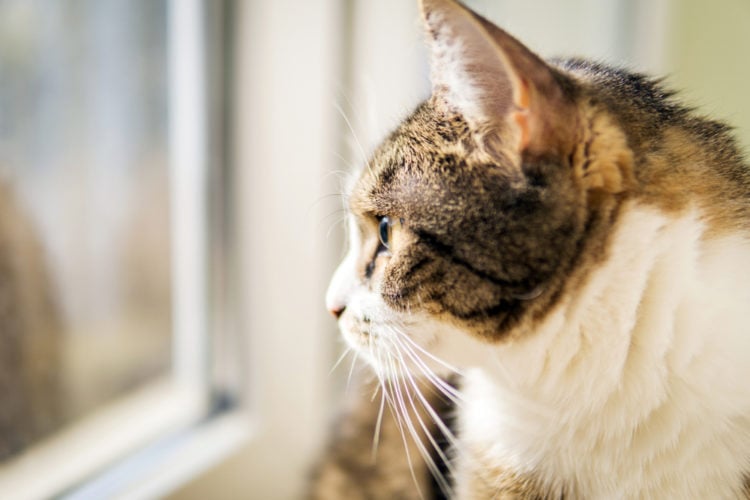 Overstimulation is pretty much exactly what it sounds like, which is to say, being overwhelmed by some kind of stimulus. A lot of cat owners associate overstimulation in their feline companions with too much petting. However, it is important to note that this can happen because of other stimuli as well when it pertains to cats, cat moods, and cat feelings.

Why Does It Matter When a Cat Is Overstimulated?

Cat owners will want to avoid their cat being overstimulated for the simple reason that it will result in a physiological response that the latter cannot control. The exact response can see a fair amount of variation from cat to cat as well as from situation to situation. After all, different cats become overstimulated at different rates. Furthermore, different cats respond to overstimulation in different ways. If interested individuals are lucky, their cat will become frustrated but won’t lash out; if interested individuals are not lucky, well, suffice to say that their cat has pointy teeth as well as sharp claws. Regardless, cat owners don’t want to be on the receiving end of an overstimulated cat, meaning that it is best for them to recognize the signs of this happening so that they can prevent it from happening.

Cats are not dogs. As a result, feline body language isn’t the same as canine body language. Due to this, interested individuals need to remember that a wagging tail on a cat can mean something very different from a wagging tail on a dog. Often-times, a cat’s tail will start wagging in a more and more dramatic fashion as they become more and more agitated about a situation that they are in. However, it is important to note that there can be some serious subtleties of meaning in a cat’s wagging tail. For instance, a quick side-to-side swish can indicate playfulness while a quick twitch of the tail tends to mean concentration. In contrast, both a slow swish and a low flick mean that the cat is feeling upset, with the former being milder than the latter. Still, both movements mean that it is best for interested individuals to back off so that the cat will have time to calm down.

The ears of a cat can say much about their mood. In particular, interested individuals will want to watch out for a cat whose ears are low and flat because that means that they are ready to engage in aggression. Some people might be tempted to move in for the purpose of soothing the cat. However, that tends to be a bad idea because that can trigger the response that they are hoping to prevent, meaning that it is best to give the cat time as well as space in which to calm down. On a related note, ears that are sitting low and sideways are also not a good sign. They mean that the cat is feeling either scared or otherwise nervous, which is another state that cause them to become aggressive.

Nips are when a cat bites without breaking the skin, thus making them quite different from real bites. Having said that, nips are sometimes called love bites, which is extremely misleading because nips can be an indication that the cat wants a stop to the current interaction because they are feeling overstimulated. If cat owners fail to do so, those nips could very well become real bites. For that matter, it is worth mentioning that there are some cats out there that won’t bother with the nips at all. Instead, they will proceed right to the biting when they feel overstimulated.

Interested individuals should have no problem telling whether a cat is tensed up or not while interacting with them. This is important because tense muscles are a good sign that the cat is worked up about something. It could mean that they are ready to fight, ready to flee, or something else altogether. However, being tense definitely means that the cat isn’t feeling relaxed. Unsurprisingly, this means that an overstimulated cat will tense up, which is something that interested individuals should watch out for.

There are some things that interested individuals can do about a cat becoming overstimulated. For starters, if they were petting the cat, they should stop doing so right away. After which, interested individuals should let the cat either sit quietly or go their own way as they please. Even if the cat continues to seek out attention, it is best for interested individuals to remove themselves from the situation. As mentioned earlier, overstimulation causes a physiological response. Thanks to that, cats can wind up responding in an aggressive manner even if they were the ones seeking out the stimuli in the first place because it isn’t something that they can control very well if at all. In any case, interested individuals might also want to look into ways to extend the amount of time that their cat can be petted without becoming overstimulated. One suggested method is offering the cat small tidbits of food as soon as the warning signs show up while reducing the intensity of the petting. By maintaining this, it is possible for them to teach the cat to identify the petting with positive things. Each time, interested individuals should try to pet their cat for just a while longer, though they need to stop before they provoke an aggressive response. Moreover, they need to be particularly careful about rewarding their cat after an aggressive response because they don’t want to encourage their cat to become more aggressive. 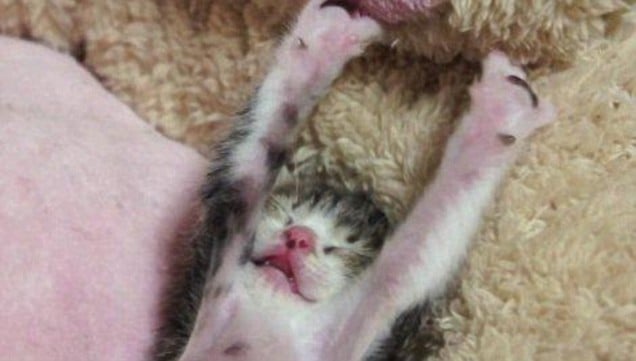 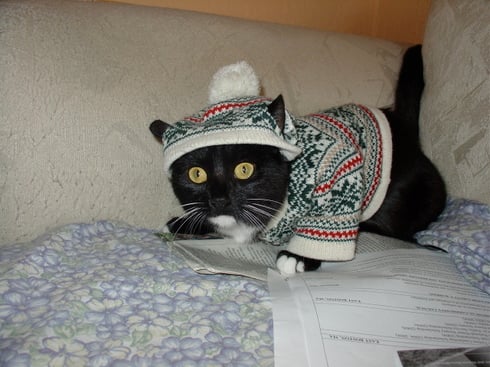 Lisa Medwid, a film producer in Los Angeles, Calif., spends a lot of her time on the studio reading scripts and taking meetings. But not everything Medwid does on the lot is film project-related. She… 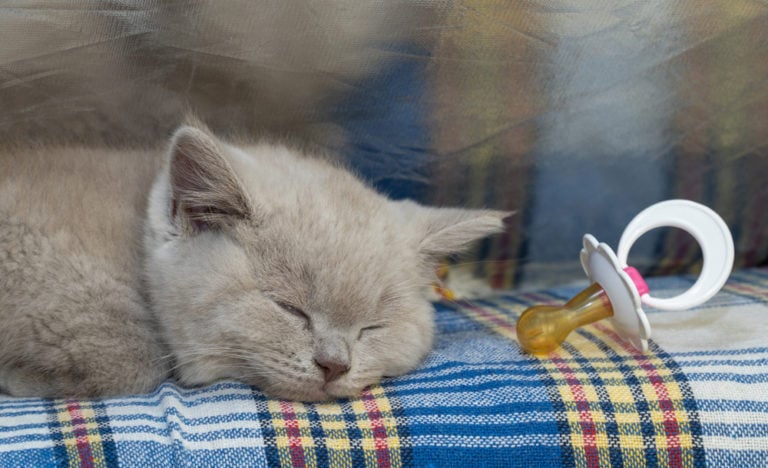 Some cats seem to be stuck in the habit of suckling. It’s an inborn instinct for kittens. They attach to the mother and get the life-sustaining nutrition they need from birth until they’re weaned by… 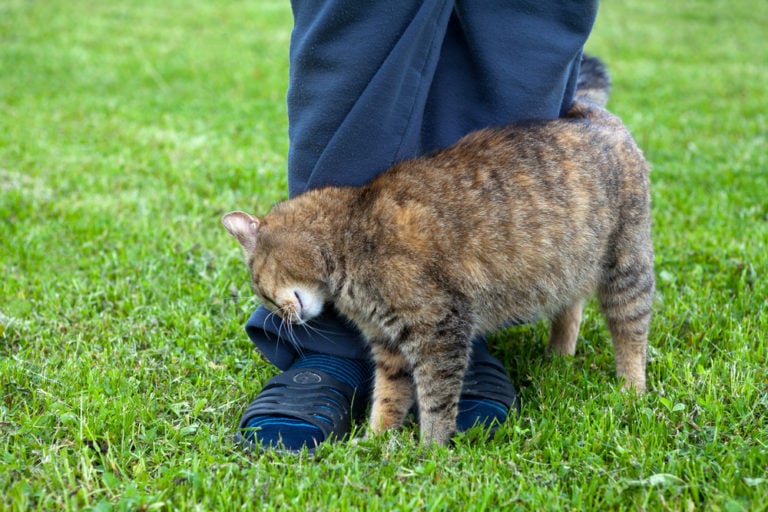 If you are lucky enough to own a feline, then the odds are that you have experienced a headbutt, also known as a head bunt. You come home after a long day at work. Your… 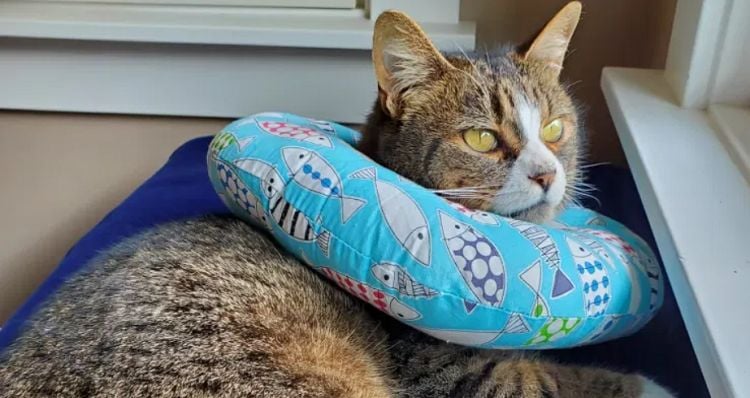 Generally speaking, cat owners want to be good cat owners. Part of this process involves doing the right things. However, it is important to remember that interested individuals also need to avoid doing the wrong…