Did you know cats have been associated with humans for close to 10,000 years?  Cat owners know both how sweet and tough they can be, but at the same time cats have evolved and have done so in a way that can be pretty strange at times.   Over the years, genetics and selective breeding have created some distinct and unique cats.  In some cat breeds, people have a hard time even believing they are even real.   So of course we wanted to do a piece on the most bizarre cat breeds.  Here are 15 cat breeds you’ll find to be quite unusual.  We’ve also provided links to more info about every cat which you can find on this website.

The Sphynx is probably the best known bizarre cat there is.  The hairless factor alone makes this breed tops on this list.  But did you know that a Sphynx is quite intelligent and one of the top breeds to own? That’s right.  You’d be lucky to own a Sphynx and be in great company as well!

The Ukrainian Levkoy is similar to the Sphynx in some ways (the most obvious being its lack of fur), but it’s also very different.  This cat has folded over ears.  However, that skinless factor still gives me the willies.  But many cat owners are into this and maybe I’ll come around!

What makes the Cornish Rex stand out is that it lacks two layers of hair that other cats have.   Instead, it’s only protected by a silky down layer.  Another characteristic that makes this cat unique is that its hair is actually much softer than most cats.  So you can pet them all day long!

What makes the Scottish fold so distinct is that they have the appearance of not having any ears at all.   Which we all know isn’t true.   They’re just folded back.    The truth is that the cartilage in the ears is creased hence making their appearance what it is.  We think it’s cute!

If there’s a cat breed that looks kind of like a teddy bear then it’s definitely the Exotic Shorthair.  They have round, punchy, even chubby little faces that are just oh so adorable.   But those faces don’t come on most breeds hence why they’re on this list.

Muchkins are known for their really tiny legs.  It’s somewhat similar to the Dachsund dog.  Plus they’re called Munchkins!  How cute is that?  Just watching these cute little critters walk is enough reason to go out and pick one up.

The Peterbald is another hairless breed of cat.   However the Peterbalds do have care in some cases so they’re not like the Sphynx.  These cats are known for their long, lean bodies, large pointed ears, and big, almond-shaped eyes.

The Savannah cat is a hybrid of a domestic cat and an African wild cat known as the Serval.  Some people have questioned the validity of this breed as well as costly price of owning one.  However, they look pretty amazing don’t they?

The LaPerm gets its name because of it’s coat of hair.. The fur of these cats is made up of short, tight curls, long, corkscrew ringlets, and even straight hair.  It’s a whole lot going on and the fact is, no cat has a hair pattern like the LaPerm.  You don’t see these in homes too often.

If this isn’t a bizarre cat breed, we don’t know what is. The creation of American breeders Karen Nelson and Kristen Leedom, Elf cats are actually a new addition to cat breeding.  These strange looking kitties are the result of a cross between the Sphynx and the American Curl.

The strange thing about the Devon Rex is the fact that they have very little “guard hair.”  This is the stiff, coarse, waterproof hairs present on most furred mammals. They have mostly “down hair”, or soft, fine undercoat fur.  Plus when they look at you with those eyes, there’s nothing you wouldn’t do for them!

These cats are pretty popular in  Japan.   People say that they have “silver and gold” eyes even though that’s not 100% the case.  However, this myth makes these cats pretty expensive.   Do you know anyone in the U.S. with a Japanese Bobtail?

Khao Manee are pure snow white, with the “silver and gold” eyes.   This breed is unique in that many Indonesian cultures find the Khao Manee to be extremely lucky.  Do any of you own a Khao Manee that’s brought you luck?

Teacup Persians are a breed that has become quite popular recently.   The reason for this is that space is becoming a new way of life in our culture.  Less space is needed and a teacup Persian is perfect for apartments and tight areas where other larger domestic cats would have a tougher time living.

Minskins are the result of a Devon Rex Munchkin being bred with a Sphynx cat. They appear simply to be incredibly small Sphynx cats, and require the same grooming. 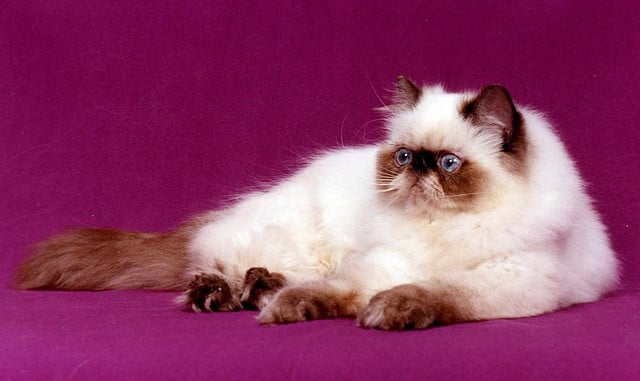 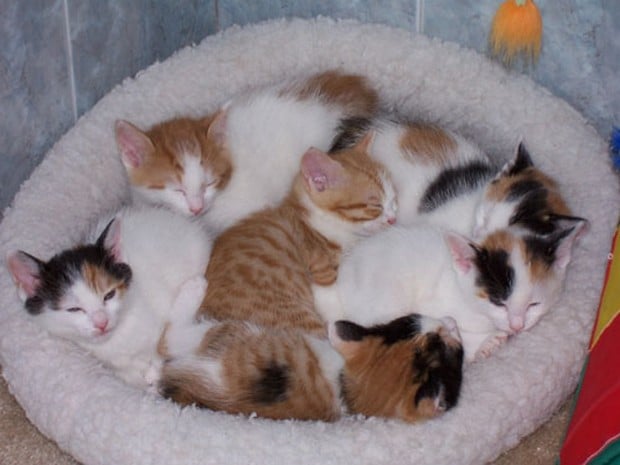 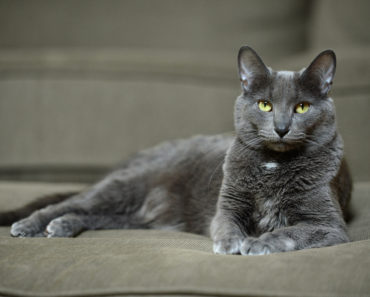 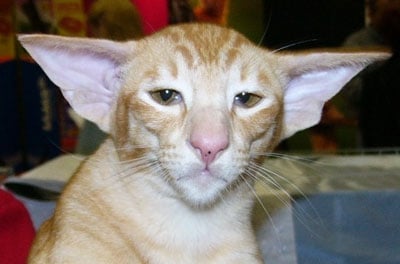 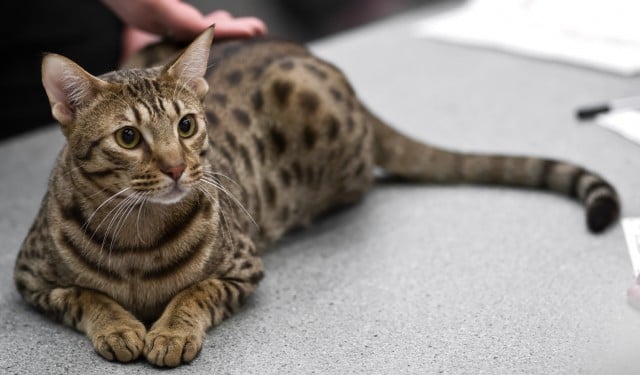 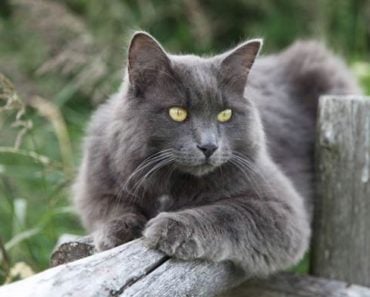