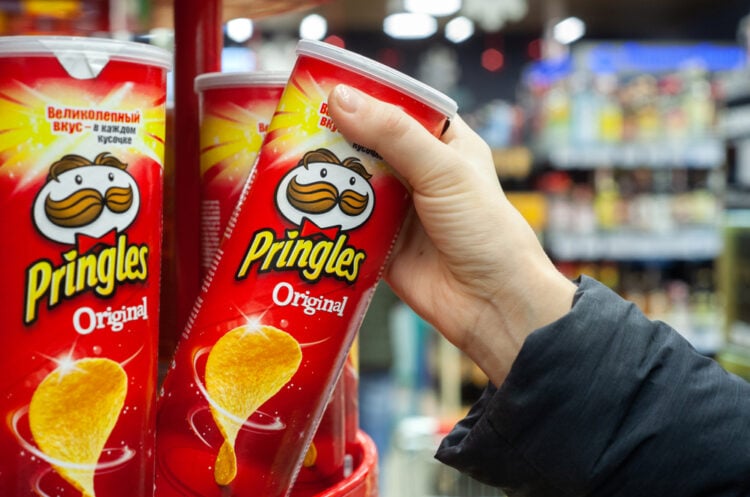 Meet Koda, a kitten whose video on Instagram went viral as he licks a Pringle. His family has always practiced healthy eating most days of the week. However, his parents chose Tuesdays to “spoil” Koda by allowing him to lick a potato chip. The video with his username (Koda_thekitten) was posted on Instagram on June 15, 2022. According to Hindustan Times, the first clip shows Koda lick a potato chip a couple of times. The second clip displays him tossing the lid before lying next to it. The caption, “The lid now his baby,” got everyone reeling with laughter. His owner followed up the caption with another text: “He loves Tuesdays,” which captured the attention of cat-loving Instagrammers, garnering over 132,165 Likes and one million views since his owner first posted it. Some viewers couldn’t hide their love for him. One commented that “Pringle Tuesdays are the best.” It looks like Koda has been a darling of many cat-lovers, with some commenting that “licking Pringles is his favorite comment.” If this lovely video of Koda and Pringles doesn’t melt your heart, you’re missing out on the mysterious sides of cats.

FAQs about cats and potato chips

Koda’s story might have activated your search for honest answers about cats and chips. Here are the answers to your questions.

Koda might not be the only cat craving potato chips. A lot of others don’t mind doing it. If yours constantly pokes your hand or gives you a long stare as you bite down Pringles or potato chips, you may be wondering what their end game is. You may have bowed down to pressure and offered one or two slices to satisfy their craving. So, can cats eat potato chips? According to Hepper, a cat licking chips might look typical, but it’s not the potatoes they crave. Instead, they crave the salt, like in Koda’s case. Like other warm-blooded animals, cats require salt to be healthy. You might notice yours leaving the potato chips after licking the salt off it. However, allowing your cat to lick the salt from potato chips isn’t the best way to fulfill their nutritional deficiencies. That applies to owners who allow their furry friends to lick the salt frequently.

Are potato chips suitable for cats as a treat?

Koda’s parents might have already known the adverse effects of frequently allowing their cat to lick the salt, despite his craving. That is why they chose Tuesdays as the special day for serving Koda with a treat like a potato chip. So, doing it once in a while won’t make your cat sick, but it’s not the best treat for cats. To avoid putting your cat’s health at risk, talk with your vet to recommend a healthy treat option rich in sodium to satisfy your cat’s craving.

What should I do if I find my cat eating chips?

No matter how often your cat begs you to share the chips, find a healthy treat alternative. If you catch yours eating them, rush them to the vet immediately. Some products might have excessive salt and other seasonings that might harm your cat’s health. Cats eating excess sodium might develop fever, vomit, and a runny stomach. Some can even die due to this. According to Excited Cats, pringles and other potato chips are high in sodium, which can lead to various health issues in cats, including kidney disease and high blood pressure. A human being can eat a bag of potato chips without facing the immediate negative impact of health issues. However, your cat’s body can’t tolerate the high sodium in pringles. So, even if you aren’t keen on watching what you eat, the least you can do is consider your cat’s health. Another typical fact about cats that you already know is they are carnivores. They need meat and little amounts of carbs to be healthy. Too much salt in the chips will probably cause dehydration and excess urination. Your cat’s susceptibility to sodium ion poisoning doubles up. If you notice your once active cat becoming lethargic, has tremors, vomits, or diarrheas, it’s highly likely it could be suffering from sodium ion poisoning. It also worsens if your cat is seven years and above.

What should I do if my cat persistently begs me for potato chips?

Of course, cats can be the most convincing pets thanks to their “Puss ‘N Boots” eyes during meal times. It doesn’t matter that they have food in their bowls, but they’ll still put on a show to taste yours. However, your cat’s digestive system and yours are different. If you care about your cat, start training them to eat what’s in the bowl, real cat food. While cat food might not be cheap, some options are affordable, so you don’t have to “break the bank” to feed one. Your cat’s diet should contain significant amounts of protein, unlike dogs, to stay healthy. So, meat is the perfect alternative if you can’t afford packaged cat food. Think of it as basic biology. The more you deprive your cat of animal-based protein, the more susceptible it will be to nutrient deficiencies.

What’s in a potato chip?

Potato chips contain high sodium ions and are hence not recommended for cats as a daily allowance. A slice of potato chip has up to 150mg of sodium, but your cat only needs 21 milligrams daily. Imagine if your cat ingests all those milligrams. Chances are their body will struggle to filter excess salt, which is where kidney failure and other health problems might creep in. Also, different foods your cat ingests throughout the day contain sodium, so a slice of chips will increase sodium content in their bloodstream. One slice per day won’t hurt, but getting other healthy alternatives from a licensed vet would be best.

If your cat likes to lick pringles, maybe it’s time to evaluate and address its nutritional deficiency instead of giving in to its demands. You don’t know how resilient your cat’s digestive system is, so you’re safer getting it healthy treats with the right nutrient portions. Your cat might not like the change initially, but it saves you from emergency vet visits. 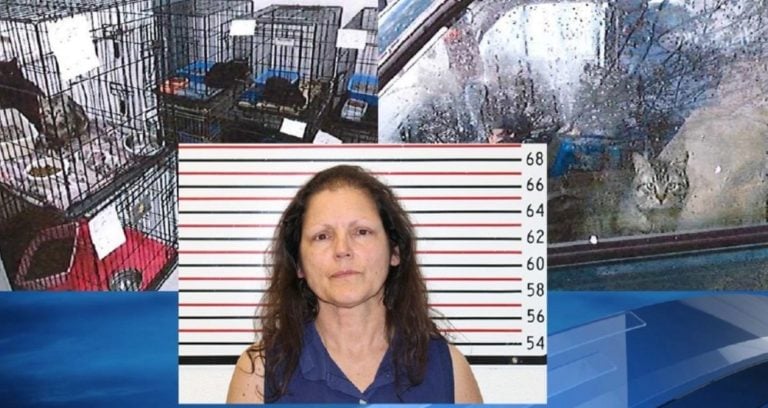 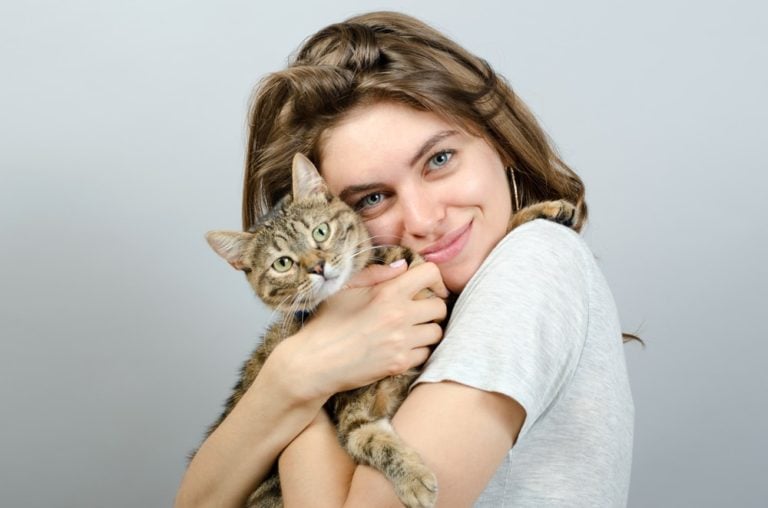 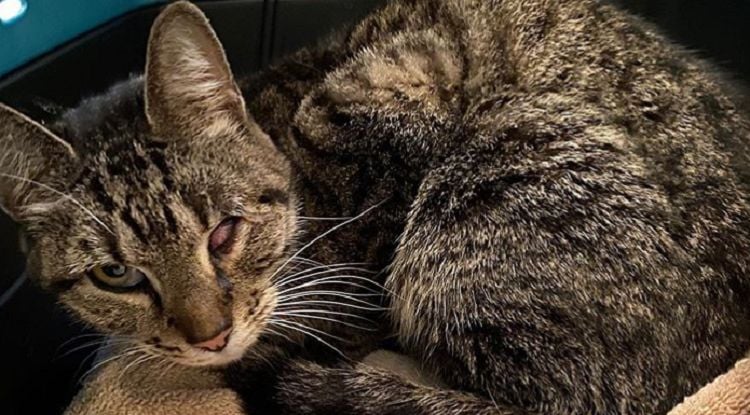 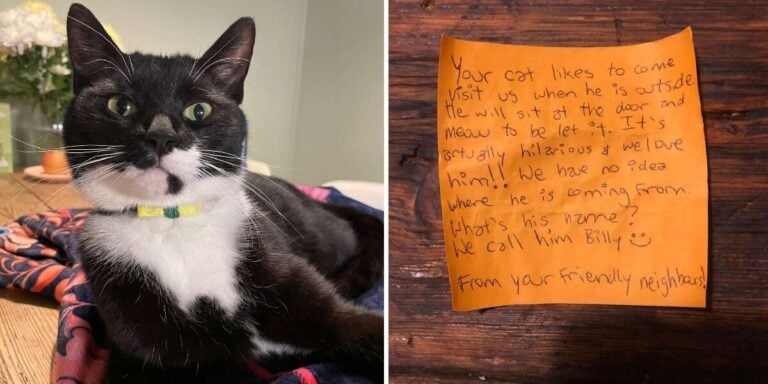