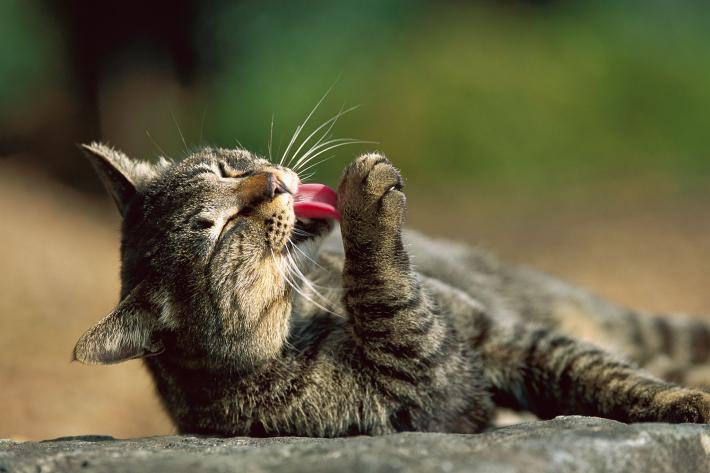 In 2007, Julie McKenna was taken to the hospital in Australia, and when she arrived, her arms and legs were cold, splotchy, her face was turning a purple hue and she could hardly speak. Doctors quickly assessed her and realized that she was going into septic shock, there was bacteria in her bloodstream and it was attacking her from the inside. Despite being started on antibiotics right away, the bacteria continued to attack and the purple spread. Soon, her organs began shutting down, and it wasn’t long until her arms and legs began turning black.

She was in the hospital about two weeks when the doctors finally identified the bacteria in her blood. It was Capnocytophaga Canimorsus, which is a bug that is known to commonly be found in healthy cats and dogs. Once Julie got this news, it was then that she remembered that she had scalded the top part of her foot in scalding water only a few weeks before she got sick. She had said that it wasn’t really a bad burn, so she didn’t really think much about it when her little Fox Terrier pup licked the wound after.

Julie is like most of us, we don’t really know what all is in an animal’s saliva. So you certainly don’t realize how dangerous it could be. Typically the skin and our immune systems are what act as barriers to our pet’s germs, protecting us from whatever might be in their bodies that could harm us, but these barriers can have a break down and allow the bad germs in.

It  has been determined that there are about 10 to 15 dog bites that turn infectious, and about half of cat bites do the same. Unfortunately, sometimes these bites can be deadly. A study conducted on this topic found that 26% of people confirmed to have the C. canimorsus infection died from it.

Because of these dangers, scientists have begun studying all of the bacterial species that live in both dogs’ and cats’ mouths and are comparing them to what lives in ours. The results has begun to reveal that every sand papery lick and slobbery kiss harbor potential pathogens.

While the C. canimorsus virus in a puppy’s mouth is not any big deal, because about one fourth of dogs and many cats, carry this, but once this same pathogen made it’s way into Julie’s bloodstream, her body began to fight just to stave it off. For Julie, although the antibiotics finally began to work, unfortunately a lot of damage was done and doctors had to amputate part of her right foot, amputate her left leg below the knee, and every one of  her fingers and toes. She told ABC News in Australia, “It’s changed my life in every aspect.”

There are a lot of myths out there floating around about a pets’ mouth, and what actually transfers from their tongue to our bodies. Here are some of them:

Floyd Dewhirst, a bacterial geneticist at the Forsyth Institute and professor of oral medicine at Harvard, is the one who paved the way for the study of the oral microbiome—all the bacteria that live in the mouth—in dogs, cats, and humans.

There are between 400-500 bacterial species that are not only common, but are  in abundance in a human’s mouth. To date, Dewhirst has identified about 400 types of oral bacteria in dogs, and about 200 in felines. Dewhirst says that he expects that there will still be more found as the study continues. He also says that it is because our bacterial ecosystems are so different from each other, that we can get sick from our pets.

Dewhirst was quoted as saying, “If you look at humans and dogs, we only saw about 15 percent that are the same species,” he says. So, many of a dog’s mouth bacteria are less likely to be kept in check by our immune systems and native bacteria. The oral microbiomes of cats and dogs, on the other hand, overlap by about 50 percent.”

He continued by saying, “Part of that may be what the bacteria evolved to eat,” Dewhirst says. Human mouths are dominated by streptococcal bacteria, which are good at eating sugars. “Since cats and dogs normally don’t eat too many doughnuts, there’s almost no strep,” he says.

He explained how a single lick is capable of depositing millions upon millions of unfamiliar bacteria on our skin, and they can still be detected on the skin, even hours later.

There are a lot of stories out there that say that a dog’s saliva is actually healing and not harmful. They supposedly licked the wounds of ancient Greek temple to Asclepius, the god of healing. There is also a floating story that Caesar’s army would employ dogs that performed wound-licking. Despite these being truth or fiction, it’s still not a good idea, says Dewhirst.

The truth is that a pet’s tongues does not harbor germ-killer powers, despite peptides and antibacterial compounds being found in both cats’ and dogs’ mouths. You do not want to rely on the compounds to sterilize a wound, because the truth is, there are still a ton of bacteria in the mouth that can be dangerous, according to Dewhirst.

According to veterinarian Kathryn Primm who is a regular writer about dogs and cats, and also hosts a radio show, Nine Lives with Dr. Kat, says that the antibacterial properties of saliva of a dog, have been taken out of context. She says that a 1990 study discovered that antibacterial properties were found when a mother dog licks her young, and licks herself. And subsequently, in a 1997 study in The Lancet, the study showed that when saliva is on skin, nitrate in that saliva is turned to nitric oxide, which is a known antimicrobial.

Despite, the findings, the truth is that the two studies were done on a species licking the same species and not one type of species licking another with saliva full of bacteria that are foreign. Another similar story to Julie’s, is that when a soldier allowed his dog to lick his wound he had in 2016, he had to spend six weeks in a coma with a flesh eating bacteria.

So if your cat or dog’s mouth is so full of bacteria, how does that affect them when they lick themselves?

Cats are known lickers for grooming purposes. They instinctively lick themselves to clean their fur with their barbed tongues. Their wild ancestors did this to remove blood and other debris from their fur after hunting in order to prevent their prey from tracking t hem. Dogs, however, aren’t big groomers. They will occasionally lick themselves for a quick groom or itch, but they are just fine being dirty.

When cats groom, they deposit bacteria all over themselves but their immune systems are used to it because their immune systems have grown and strengthened right along with the microbes. So for humans, this is good news and bad. One the positive side, when cats deposit their bacteria on their fur, it doesn’t last forever. It will eventually die, however, the bad news is, they don’t die right away. In one study, nearly a million bacteria were found on each gram of cat hair after the cat had groomed itself.

The study then looked at a human’s hands after it touched the cat with pre-sterilized hands and found that the hands only contained about 150 of the bacteria.

Primm commented on the study saying that humans just need to use standard hygiene. You can clean yourself too much, so just keeping your hands washed is recommended. After a pet licks your hand, wash it.

Another thing is to keep wounds clean and don’t allow bacteria to get through the skin. Once they do, they find the perfect environment for growing and multiplying, and thus, causing a potential infection to start.

According to Primm, as long as your immune system is in good working order and strong, don’t have any wounds on your face or mouth that could let bacteria in, then a lick or a slobber-kiss shouldn’t be too harmful. One thing you want to keep in mind is that babies, the elderly, and those with poor immune systems need to be careful.

One incident involved a seven-week old infant that had a fever and his soft spot on his skull was bulging. The diagnosis ended up being Meningitis caused by Paseurella multocida. The baby’s two-year-old brother would let the family dog lick his hands on a regular basis and letting the dog suck on his baby brother’s little finger.

So pet lovers, wash your hands, and you may want to think twice about letting your dog or cat give you that big kiss or lick.

Ocicats cats are some of the most exotic looking domesticated felines you will ever find.  But these docile animals don’t come from the wilds of the African savannah like some may think.  Instead they are… 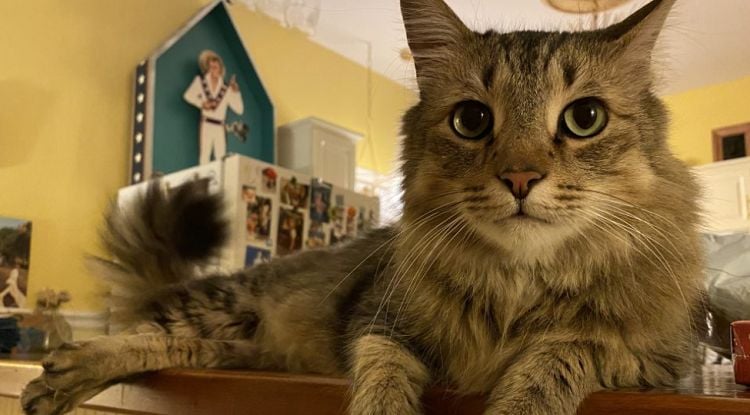 Responsible pet owners have their cats spayed to help prevent the birth of unwanted kittens. It’s becoming a cardinal rule as we’re becoming aware of the massive numbers of feral cats roaming the streets. Cats… 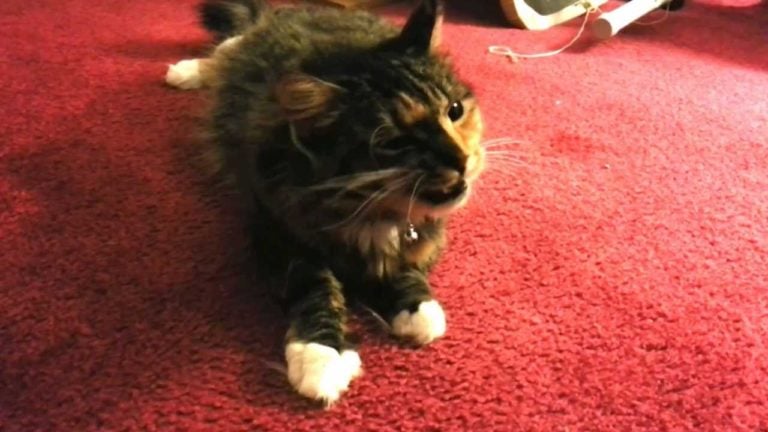 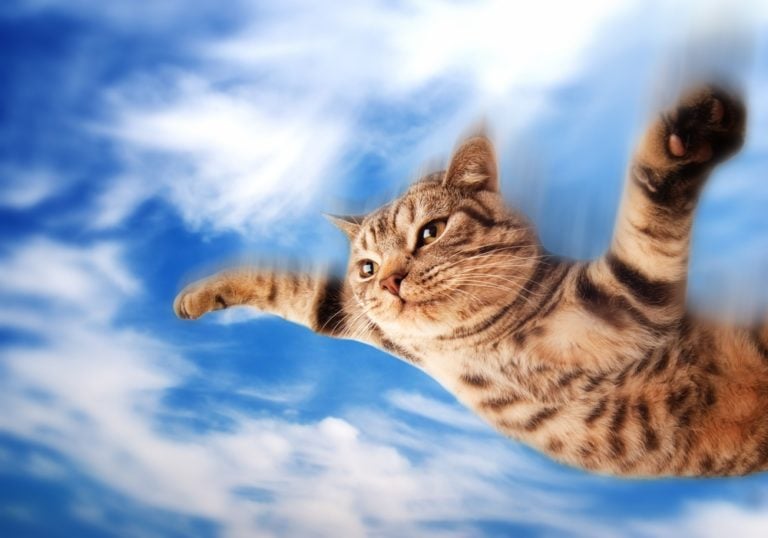 Many people travel with their pets each year, and as they prove time and again, it isn’t an impossible thing to do. For cats, it may take a little bit more work than usual, since… 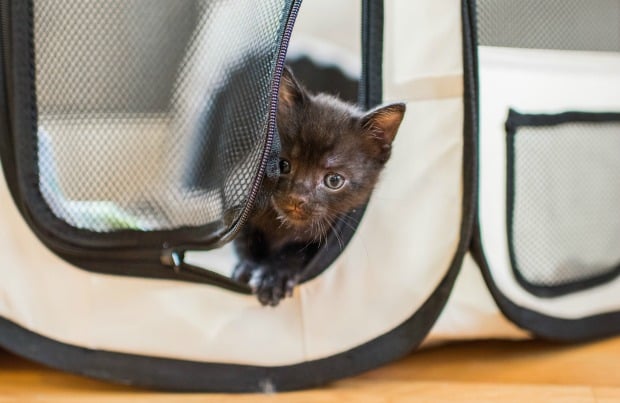 A cat enclosure provides your pet with a safe and secure place indoors or outdoors. The enclosures keep your pets from causing havoc within your home or roaming outside where they can become the target… 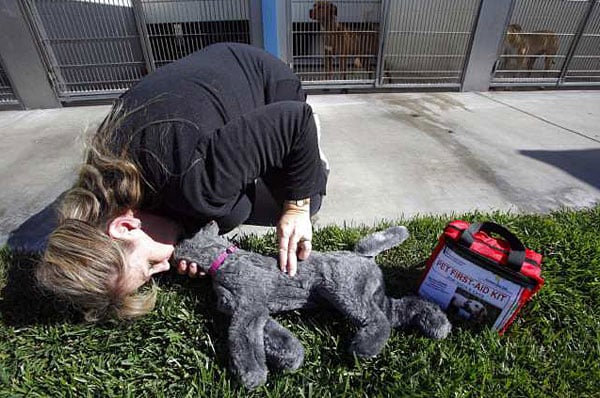 To many people the idea of performing CPR on a cat is either very odd or something that never even occurred to them. Most cat owners are just as unaware as catless people, so it…