There is no simple and straightforward answer to the question of what intelligence is supposed to be. Some thinkers have proposed that intelligence is a single factor that exists throughout the full range of intellectual capabilities that can be found out there. In contrast, other thinkers have proposed that intelligence isn’t a single factor but rather a number of factors that can be distinguished from one another. There is much that interested individuals can read up on, but for practical purposes, it is useful to think of intelligence as the ability to acquire information as well as the ability to put that acquired information to good use in overcoming various challenges in various contexts.

Some people might wonder whether animals possess intelligence or not. If so, the answer is “Yes” because various animal species show various intellectual capabilities that we associate with the concept of intelligence. For example, bottlenose dolphins have shown the remarkable ability to remember the whistles of other bottleneck dolphins who they haven’t met in 20 years, thus making them the animal species with the longest memory that we know about at this point in time. Likewise, there is a wide range of species that have shown the ability to use tools, with examples ranging from ants that eliminate their competition for food by dropping rocks in order to barricade their competitors in their colonies to fish that will use rocks as impromptu anvils on which to smash shelled mollusks. As such, there can be no doubt about the fact that animals possess intelligence, with the more relevant question being what animals possess what measures of intelligence.

What Are Some Tips that Can Be Used to Tell How Smart Your Cat Is?

Naturally, there are some cats that possess more intelligence than other cats. Gauging this can be complicated and time-consuming, but there are some useful tips that cat owners can use to get a general understanding of their cat’s intelligence:

There is a very persistent belief that cats cannot be trained. However, this isn’t true, as shown by the very wide range of cats that have been taught to do a very wide range of things by their cat owners. Naturally, being easier to train is a good indication of intelligence. After all, it suggests that the cat is very good at understanding their cat owner, picking up new tricks, and then making use of those new tricks for various purposes.

For instance, interested individuals might want to test how well their cat can distinguish between different shapes. This can be done by cutting out a couple of shapes before putting the finished results before the cat. Initially, cat owners should encourage the cat to tap the shapes by offering them a treat for doing so. Eventually, they can start limiting the treats for when the cat touches the right shape, thus encouraging the cat to distinguish between the different shapes. The speed at which the cat picks up this new trick says much about their ability to distinguish between shapes. Moreover, it actually reveals a fair amount of information about their ability to learn new things, which is applicable to other contexts as well.

There are a lot of animals out there with an internal clock, which makes sense because the time of day or the time of night can have a huge impact on their ability to find food, stay safe, and otherwise survive in their home environments. Naturally, cats are no exception to this rule. However, what makes cats particularly interesting when it comes to their internal clock is that they can actually make adjustments based on new clues found in new environments, meaning that they adapt to their circumstances. This is very useful, not least because it means that cats can follow the schedules of cat owners rather than the other way around. Of course, some cats are better at this than others, which can be interpreted as a sign of intelligence.

Object permanence is a very important concept when it comes to measuring intelligence. For those who are unfamiliar, object permanence is the awareness that an object continues to exist even when it cannot be either seen or otherwise sensed. This isn’t something that exists in humans from the very start. Instead, we develop it at some point when we are still infants, which was discovered through tests in which scientists would cover up favored objects in order to gauge an infant’s reaction. In any case, object permanence is very useful on a practical level by helping the possessor solve a wide range of problems under a wide range of circumstances. Cats are definitely one of the animal species with object permanence, with older cats being better at this than younger cats.

Problem solving is a very popular way to check an animal’s intelligence for excellent reason. One of the most common ways to check a cat’s intelligence involves hiding either a toy or a treat of some kind before seeing how long it takes for the cat to find it. Sometimes, this means putting the toy or treat under one cup situated among a number of other cups. Other times, this means putting the toy or treat behind a sofa or in some other concealed location. Of course, there are other examples of problem that can be used to test cats as well, with an excellent example being checking to see if they are capable of opening an egg carton on their own or not. 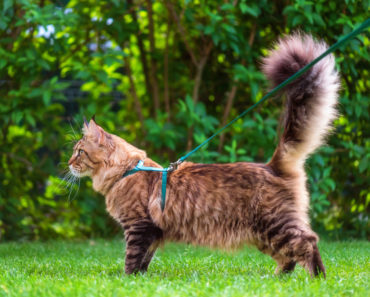 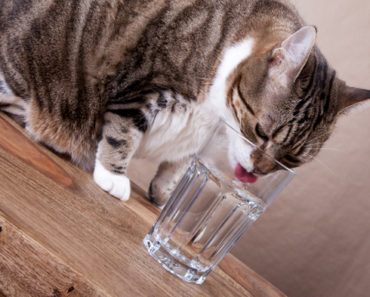 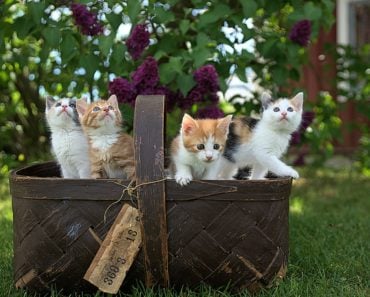 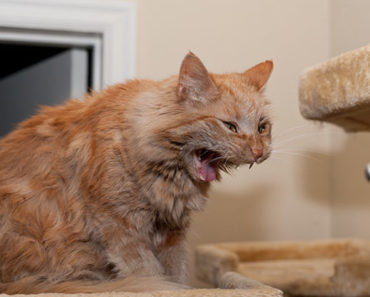 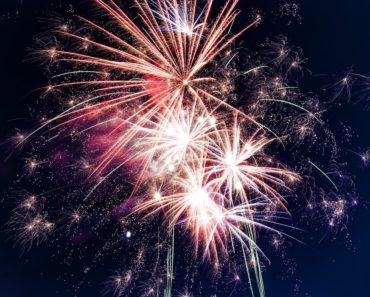 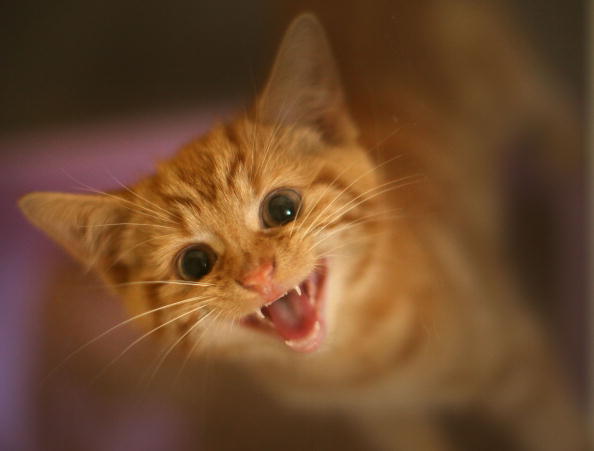