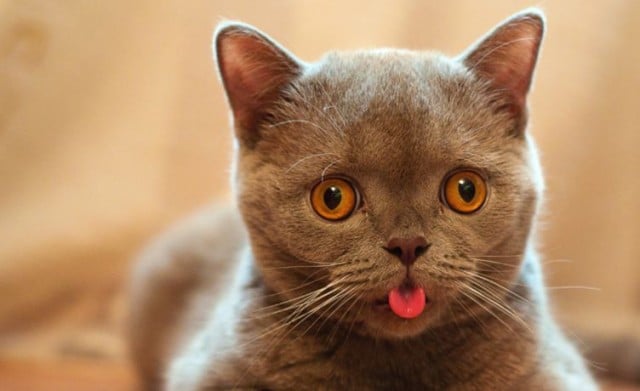 If they are not lazing on the seat, cats are usually keeping the kids busy, running after mice and other tiny animals somewhere or lavishing you with attention. One of the ways through which cats show their affection is by licking their master’s faces and many people look forward to that part of the day. Unlike the tongue of a dog, cats have rougher tongues that feel like sand paper. This often comes as a surprise to many people who are used to being licked by dogs and used to the smoother tongues.

After living with your cat for some time, you get used to their rough tongues. Few people, however, do not think much about the tongue of the cat apart from it being the part that makes them giggle every day. You would be surprised that the rough tongues can be tender at the same time. Additionally, their tongues are both fascinating and strange anatomically especially, with their specialized features.

Cats do not have as many taste buds as human beings. You may think that this is just sad because there are just too many things to eat. Being obligate carnivores, cats eat meat only, and their taste buds are not evolved enough to detect any sweet flavors. At the moment, cats are the only animals that cannot enjoy ice cream. Most people do not know that cats do not have a taste for any sweets.

Some cats develop flavors over time as their masters introduce inappropriate foods to them. Despite not having enjoying sweets, dental disease remains among the primary issues of adult cats. This means that their teeth are bad enough without including sugar

Many people do not know this, but cats groom socially as well. This usually happens in multicat environments where you may find two cats all grooming themselves.

People do funny things when they are stressed and scared. Cats have their behavior when they are anxious or stressed. They groom themselves, and this releases endorphins. The only bad thing about this habit is that the felines overdo it and this is known as psychogenic alopecia which is normally indicated by the cat having sores or bald spots on the body of the cat. You will hardly ever see cats licking themselves, and it might come as a surprise when you discover the bald spots on them.

If there are any bald spots, you may want to involve your vet who will rule out any other causes. You may also need to look for the causes of stress that is making your cat want to overgroom.

Once a cat has captured and eaten its prey, it will groom itself to remove any remains, an important practice for survival. This is because if it moves around with any prey, it will alert other prey in the vicinity of its presence. Cats are as small as well and can be prey to other bigger animals and hence put them in danger. It is, therefore, important that they groom themselves after a kill for their survival as well.

Sometimes cats get hot as well, and this can make them quite uncomfortable. Luckily, they have their tongues which help them in the situation. They groom themselves using their tongues, and this helps them to cool through evaporation.

6. The Tongue has Papillae

If you are wondering where the rough sensation on the tongue of a cat comes from you need not look any further then you need not look further than the papillae on their tongues. Papillae are small, backward- facing barbs made of keratin with various essential functions on the tongue. Among these functions is making it easier for cats to grasp meat off the bones of their prey. When grooming, the barbs are instrumental in collecting debris, dirt as well as loose hair from the coat of the cat.

The barbs scare away humans in some instances as well. Despite having all these advantages, the papillae have one disadvantage on the tongue. The disadvantage is that they can make your cat swallow hairballs because they are backward facing and anything the tongue collects is swallowed. It also becomes dangerous when the cat swallows tinsel, string or yarn because it will not be able to spit it out.

Cats may reject or prefer a particular kind of food due to how it feels on its tongue. The tongue will determine if the cat will like the shape, size, and texture of the food.

Most people used to think that cats lap up their water by curling their tongues into a kind of spoon. However, research has established that cats drink by curling the upper part of their tongues downwards and darting it across the water surface at a fast rate. This will cause water to rise in a column in time for the feline to close its mouth and collect it. Generally, cats lap four times every second, and this is usually too fast for humans beings to see. Only high-speed photographers helped researchers to discover their way of drinking.

If you have had your cat for some time, you will realize that they do not like extremes. This is especially, where their food is concerned. They prefer their room to be at room temperature, and their tongues play a significant role in ensuring that their food is at the desired temperature. They use it to test if the food is too cold, too hot or room temperature

10. To stimulate Young ones for Potty

Sometimes young ones may have a problem going for potty. In such incidents, the mother cat may use her tongue as a type of stimulation to encourage their young ones to go for potty. There is nothing like a mothers touch, and it gets better if it is with their tongue. 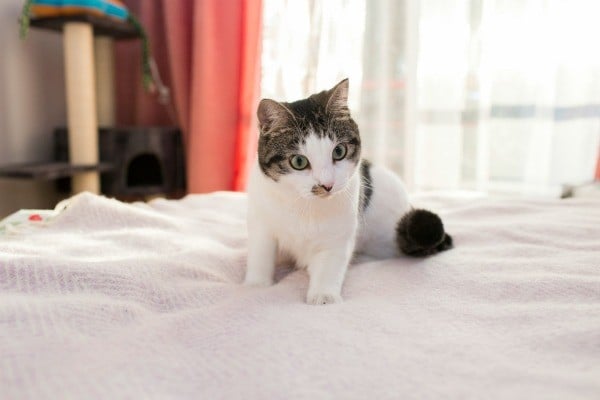 What should you do if you discover that your cat is pooping on your bed? This is probably enough to make most cat owners seriously question whether or not having a cat is worth it….

Cicadas are small bugs that spend most of their lives underground. They are known for their loud sing-song sound, which they usually produce when they are looking for a mate. They often emerge after every…

If anyone could choose an appropriate job for a cat, it might be one titled “Over-see-er of all things,” due to their uncanny ability to really just stand around and make sure you are doing…