According to Excited Cats, brown tabby cats come in all shapes and sizes. Being a brown tabby cat means the kitty has a coat that is mostly brown, but multicolored. He may be light brown, bronze, with darker stripes and patterns on his coat that make him unique and beautiful.

Most of us think of striped cats that are either gray or orange with other colors when we think of tabby cats. The truth is that brown tabby cats are common. There are a lot of tabby cats out there and many of them have enough brown color in their fur to qualify them as brown tabby. If you want to adopt one, you shouldn’t have any problem finding one at a local animal rescue or shelter

The patterns of a brown tabby cat, along with his natural coat color make it easy for him to blend into many different kinds of landscape. In the fall, when the leaves are falling and turning colors, he may blend into the background, making it hard for you to find him if he gets outside. It’s nature’s way of helping him to hide from potential threats.

Tabby cats in general are found among most cat breeds and hybrid mixes. The term tabby just describes the pattern of their coats. It is believed that tabby cats were the first cats to be domesticated from the wild. Breeders believe this because most wildcats have similar coat patterns.

Tabby cats are the most common type of domestic cat. They’ve been living with humans as beloved pets for centuries. This has made them dependent on us for their survival, in many cases, and they tend to be affectionate toward their owners. Of course, each cat has its distinct personality, but most tabby cats, even the brown ones are quite affectionate and enjoy spending time with their owners.

You must be careful if you have a brown tabby cat living in your home. Because of their curiosity and high levels of affection for their humans, they tend to follow you wherever you go. You’re likely to see this behavior increase when it’s feeding time. Tabby cats are notorious for getting underfoot and even tripping their owners, so it pays to be mindful of this and watch out for the cat because they’re known to dart at your feet from out of nowhere. A tabby cat can quickly become a tripping hazard.

7. Tabbies are referred to in ancient literature

Your brown tabby cat comes from a line of felines that was beloved by Christians and Muslims alike. Ancient texts refer to tabbies, reporting that the prophet Mohammed had a place in his heart for tabby cats. He also saw them as a blessing. The same is true of Christians and Catholics, who perpetuate a legend that the Virgin Mary also blessed the cat. The legend claims that it was a cat that kept the baby Jesus warm when he was placed in the manger.

8. You can find brown tabby’s in many purebred cats

If you’re looking for a brown tabby cat that is purebred, you can probably find one in purebred form. Tabby markings show up in a variety of cat breeds including British Shorthairs, Bengal Cats, and Maine Coon cats. If you’re not particular about the cat’s breed, then your search will be much easier because there are lots of brown tabby cats among crossbreeds.

They are wonderfully diverse with various markings. Most have the classic M pattern on their heads, but your brown tabby cat may have a mackerel design, he may be ticked, striped, or blotched. It’s not uncommon for brown tabby cats to have both spots and stripes.

10. Brown tabby cats can be winners in competitions

According to Catster, judges love it when brown tabby cats enter competitions. Three brown tabby cats came out among the top 25 contestants t the 2018 International Cat Association judging. Brown tabbies have walked away with their fair share of the titles in various categories including Persians, Munchkins, Scottish Folds, Oriental Shorthairs, Bengals, Main Coons, Exotic Shorthairs, Siberians, and more. Judes love these breeds featuring light brown fur with dark brown stripes. Other breeds that can produce brown tabbies include Abyssinians, American Curl, American Bobtail, Chausie, Devon Rex, Norwegian Forest Cat, Ocicat, and Singapura. That’s a long list of cat breeds and the are hundreds of cross-breeding possibilities if you want to develop a bred of brown tabby cat and perpetuate the line.

11. Some brown tabby cats are rare

Some brown tabby cats are rare when they occur in certain breeds. The rarest brown tabby cat is one that is a member of the Bengal bred. It’s not often that you get a brown tabby out of this breed but it does happen, and it is one of the most beautiful tabby cats in the world.

Brown tabbies often look like different kinds of wildcats. This is because they share some of the genetics with them, even though they are common housecats. They’re still family members, and often they resemble Amur leopard cats, ocelots, margays, and the Tsushima leopard cat.

13. The Toyger is a brown tabby cat

Another kind of brown tabby cat is the Toyger. this is a designer cat breed that was developed in the 1980s. The Toyger breed results from breeding a Bengal cat with various other breeds of cat. This brown tabby looks the most like a wildcat and often has markings that resemble a tiger, hence the name Toyger, but it’s a miniature version that is housecat-sized.

According to Pets KB, brown tabby cats may be born in a variety of color combinations. Some of them are a warm brown or bronze color with a black tabby pattern. They may also have brown fur with white markings and a darker brown tabby pattern. Some have brown patches, and they may be referred to as a brown Torbie with a copper brown background color and black patterns with some red in the coat color. Some brown tabbies are brown and white with brown patches but a lot of white on their fur, as long as the face is brown, they are still considered to be a brown tabby.

15. Your tabby can live for years

According to All About Cats, if you keep your tabby cat indoors, the odds are that he will have a longer lifespan than if he is an outdoor cat. The average tabby cat has a lifespan between 10 to 15 years, depending on his breed and his overall health. Some tabby cats can live up to twenty years o even longer.

The amount of grooming that your brown tabby needs depend on the length and texture of his coat. If he is a longhaired variety then you may need to groom his coat a few times a week. If his coat is slick then once per week should do nicely. It’s time that you can spend bonding with your beloved pet, and you can keep his coat looking his very best, cutting down the amount of self-grooming he will need to perform. Some brown tabbies are moderate shedders, but not all of them are. If he is a shorthair tabby, the shedding will be a lot less. If he is long hair, you can expect that there will be more hair lying around the house, unless you groom him more frequently. The amount of shedding that happens and the grooming requirements depend on how long his coat is.

It’s in the nature of a tabby cat to hunt for mice. They see hunting mice as a sport and it’s something that truly enjoys doing. Cats love the thrill of the chase. Once caught, your brown tabby is likely to play with a mouse for hours if you let him. It’s a cruel game that comes naturally to cats, but it’s not one that you’ll want to watch. Your loving kind little cat is capable of great cruelty when he has a mouse between his two paws. Not that long ago, tabby cats were used to help control mouse infestations on farms, dairies, police precincts, firehouses, and domestic homes. They do a wonderful job of helping to keep rodents at bay as they are one of the biggest natural enemies of mice and rats.

18. Your brown tabby is a curious cat

Tabby cats are intelligent critters that figure things out. They are curious by nature and love to explore. This is one of the reasons why it’s not a good idea to let your brown tabby cat outside. He may wander off while he is exploring, and because of his brown camo coat, you may have problems finding him if he gets into the brush. While indoors, it’s a good idea to keep breakables and expensive household items well out of his reach. He is bound by nature to investigate everything that he doesn’t understand. One of his instincts is to bat at something he is interested in. He will try to move items with his paws, Tabby cats are notorious for knocking vases off counters and shelves. All breakables need to be put in spots that he cannot access. It’s no fun to clean up the mess after a tabby cat has become bored and decided to play with your knicknacks or figurines.

Brown tabbies are much like other cats in that they love to sharpen their claws. Cats have an instinct that makes them seek to keep their nails sharpened by running them over a fabric surface. That is why you will see your brown tabby pulling his claws over upholstered items like couches, chairs, and even carpets. Scratching and clawing is a behavior that all cats are guilty of, so you will need to train them to leave the furniture alone. It’s helpful to have a scratching post to help relieve his instinct. With gentle guidance, he will soon learn where it’s okay to hone his talons and which places it is not allowed.

20. Brown tabbies will keep you entertained

Brown tabbies have a playful side. It comes out the most when they are kittens, but many brown tabby cats love to play throughout their adult years. Therefore it’s essential to make sure you supply him with toys of his own that are safe and approved for cats. If you don’t give him his toys, his curiosity and sense of playfulness will lead him to play with your items. It’s far better to provide him with cat toys to play with. Tabbies are fun to watch when they’re running and playing, and they will keep you entertained for hours. They make wonderful companions. 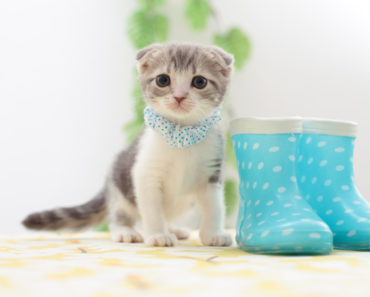 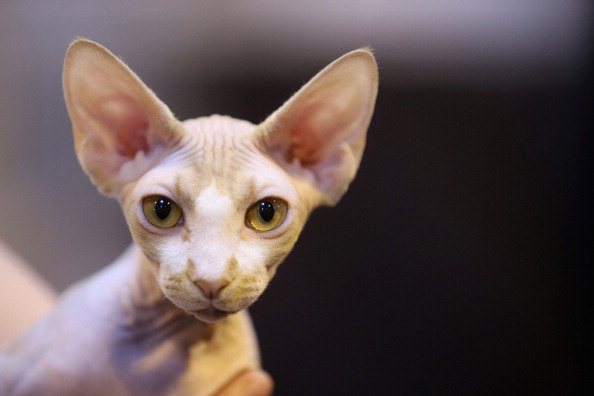 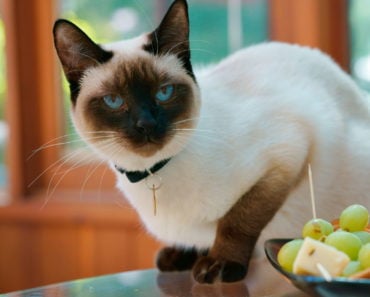 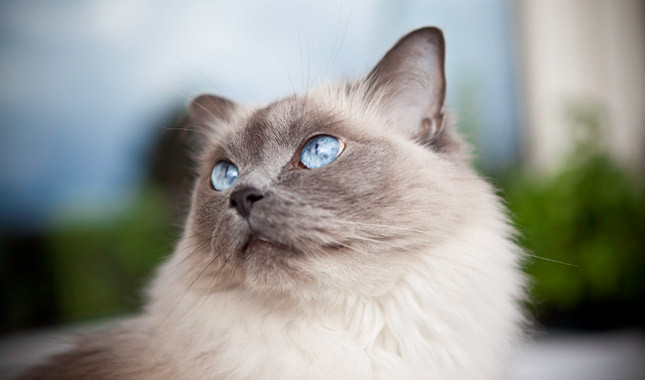 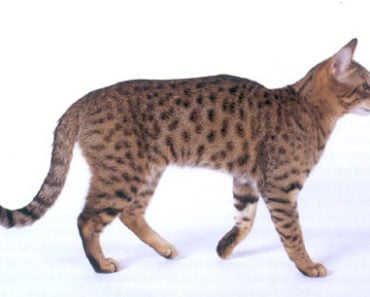