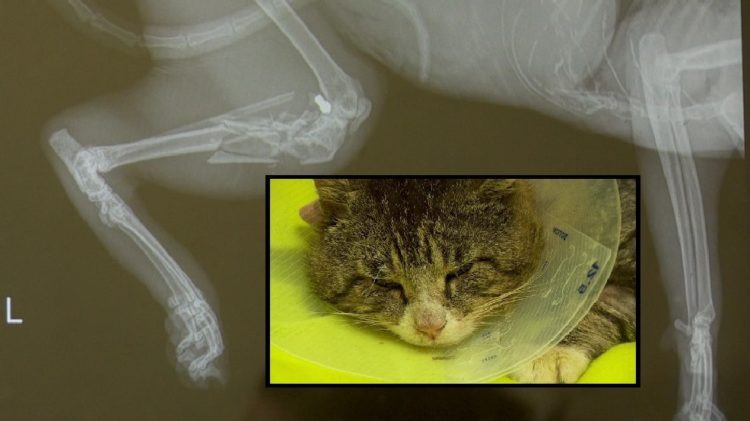 A cat was found shot and left to die in the driveway of Circe Verba, of Albany, Oregon. Kathi Buchta, one the cat’s rescuers, told KATU Tuesday, that the cat was recovering at Willamette Valley Animal Hospital where it had been treated for a gun shot wound, and what the doctor believes to be, an injury stemming from being hit by a car.

Buchta expressed her concern to KATU, saying, “I don’t know what this world’s coming to when people do that.”

When Verba and her friend found the cat Sunday evening, she said she couldn’t stand to see anything hurt and in pain. She put the cat in a cat carrier and went door-to-door, trying to find someone who knew the cat or who he might belong to. When there was no answer, Verba called the police and the cat was taken to a vet clinic in Keizer.

Samuel, as the cat is now known, would require surgery and Verba was given the estimate of about $1,500 for his care. She knew she couldn’t do it alone, so she immediately posted a post about the situation on the Facebook Group, “Lost and Found Pets of Albany, Oregon.” Immediately, a flood of people took notice and wanted to help. This included Kathi Buchta who is a member of Meow Village, a locally run non-profit rescue for cats.

Buchta went straight to setting up a Gofund me page for Samuel. She then went to the vet and asked if they would release Samuel to her. They agreed, and she took him to Williamette Valley Animal Hospital. Once Samuel arrived, Dr. Eddy Meese took an x-ray of his leg and determined he had not only been shot by a pellet gun, but he had injuries that appeared to be from being hit by a car. The metal pellet shattered Samuel’s leg and he would need to have it amputated. It was also discovered that he had not been fixed, and had no chip. This told the doctor that he was probably a stray. It was also discovered that Samuel has FIV, the feline version of HIV.

Buchta says the cost of all his treatment is estimated to be over $1000. She also says that he will be worth every penny of that $1000 when he recovers and is adopted. She says he is a very sweet cat and will make a great pet for someone.

Dr. Meese says that he is expected to make a full recovery and has a good prognosis, though the FIV will slow his healing process down a bit. He was expected to be released Tuesday evening and would be going home with Buchta to recover at her home until he is adopted. She has cared for several three-legged cats before and is familiar with their care needed.

Buchta feels confident someone will adopt him and they will be very lucky to have him. 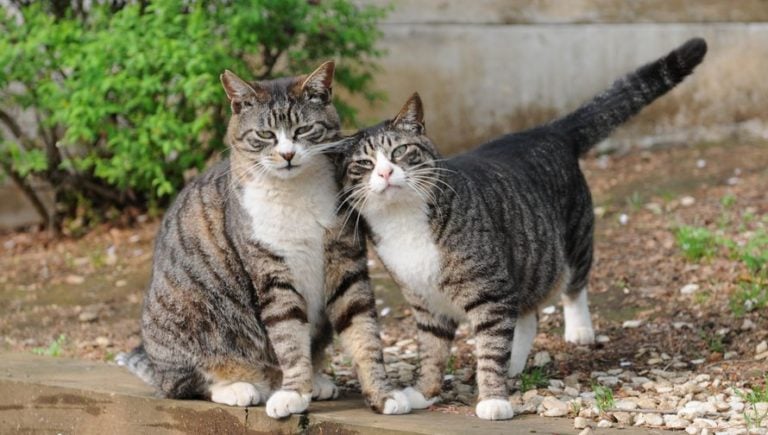 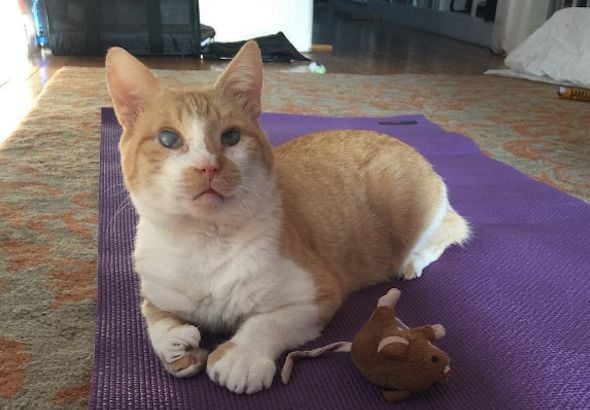 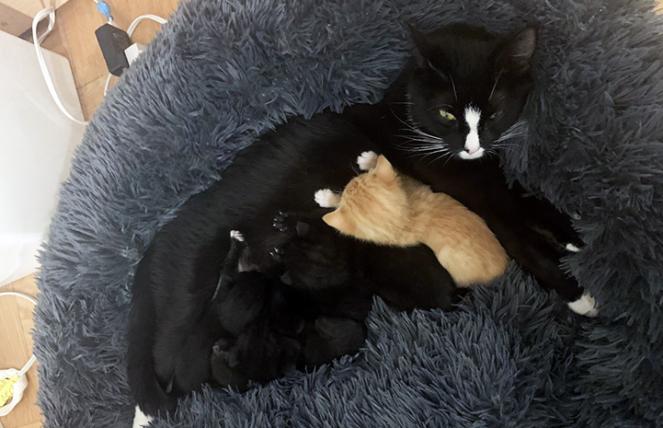 In April of 2020, the Best Friends Animal Society managed to rescue a pair of cat moms named Callie and Abigail. Unfortunately, it turned out that Abigail had an upper respiratory infection, meaning that she…

Has your family decided that they are ready to adopt a pet? Since there are so many choices, how do you know which pet is right for you? If your family is looking for a… 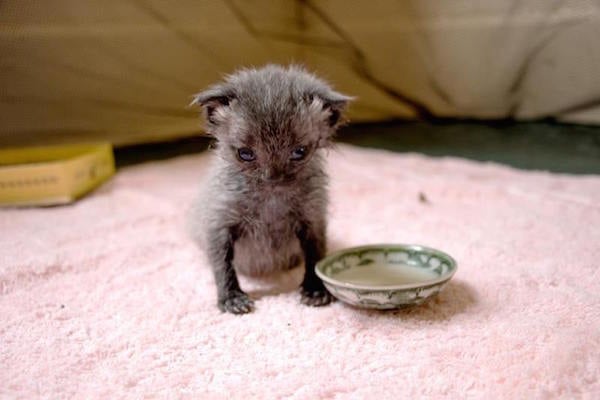