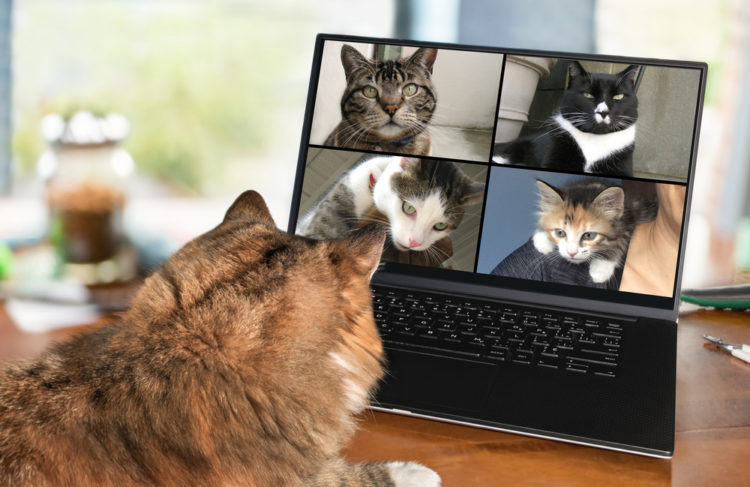 Watching cat videos on social media is one of life’s simple pleasures, but many people are still embarrassed to admit it. According to Fast Company, Steve Chen, co-founder of YouTube, was the first to post a video of a cat. However, cat videos started over a century ago. According to Atlas Obscura, In 1894, Thomas Edison was the first person to post a cat video. He was the first person to fall in love with watching videos of cats doing outrageous things, in addition to his historical invention of the lightbulb. Another of his creations was the kinetoscope, the precursor to the video camera. He recorded several unusual films to test the technology, including a boxing cat part of Henty Welton’s cat circus. There are over 25 million results when you search “cat videos.” That number outranks many public figures, including former president Barrack Obama. Eleven years after YouTube launched, another platform emerged, providing even more cat videos. The original plan for TikTok was an education platform for users to share short videos highlighting their unique skills. However, it quickly became another platform for sharing antics, including videos of cats doing outrageous things. Many people secretly watch cat videos because they don’t want to admit that they experience escapism by watching animals do absurd things. Even so, there are so many different types of cat videos that it’s tough not to come across one that catches your attention and leads you on a marathon of watching similar videos. TikTok’s platform makes them more accessible because the platform limits users’ content to a minute, allowing more users to post shorter clips of their cats’ shenanigans. One thing cats have the strange ability to do is squeeze themselves into places that seem impossible. We’ve progressed beyond going to freak shows and seeing people who society deemed strange. Nevertheless, we’ve found a new way to satisfy our curiosity.

One of the videos currently going viral is a cat who managed to squeeze under a door. The video is captivating because it appears impossible that a cat can achieve that level of fluidity. According to Newsweek, this video has received 29.7 million views and almost 6 million likes. TikTok user Stlgrl8717 posted her cat Holly who managed to go head first under a door and contort herself to wiggle underneath the door. The cat video watching community posted comments about the escape artist. One comment was, “There are actually five states of matter liquid, solid, gas, plasma, and cat.” Other people thought she cleverly edited the video for shock value. The TikTok user has been contacted for a comment but still hasn’t responded. Holly is one of many cats to go viral on TikTok. According to Daily Paws, Mason Glasco built an impressive following of 5 million people who follow the antics of his cat Cooter. The St. Louis nurse’s cat is extremely talkative, so he’s a hit with fans of cat videos. One of the most famous videos he posted was Cooter parroting his laugh. It received over 25 million likes. His channel is full of other videos like this. He encourages other cat owners to post videos of their cats doing silly things. Another cat video that went viral happened across the pond. Amy Quesada-Getgood recorded her mother chasing her cat Rocky across the yard in Newbury, England. After filming the mad dash to catch the cat, Rocky came inside a few minutes later in typical cat fashion.

Heading to the movies

In Milwaukee, Wisconsin, a group of cat video lovers took their obsession to the next level. Will Braden, a Seattle filmmaker, created a feature-length compilation of cat videos from the internet. Eight hundred people went to the theatre, treating it like the opening night of a Hollywood Blockbuster. Braden is widely regarded as one of the most avid cat video viewers.

Science of it all

Although many people consider this hobby pointless, there is science behind why these videos are so popular. In a study by Computers in Human Behavior, they found that watching these videos elevates mood, gives people energy, and even decreases depression. It’s not surprising since cats are widely used as therapy animals. Many people find animals with a special bond, some of who winds up in viral videos. These animals transform the lives of their owners, so it seems like a natural extension that they would also help people having a bad day, even if they only are an observer.

People gravitate towards comedy movies when they are having a bad day because laughter is the best medicine, much like the adage. However, many people have hectic schedules. Brief videos of cats give them the same boost in bite-sized pieces. Enjoying seeing the strange, fascinating and funny isn’t a new hobby for people. Since the early days of circuses and other sideshows, they have assembled to be amazed, laugh, and share in the experience of seeing something beyond belief. As our society has evolved, we are now able to share this love in an online community. It’s a similar act of unity when we post and comment, starting a dialog like watching these videos together. Cats like Holly, Rocky, and Cooter are only a few of the many viral cats enjoyed by millions. Since Thomas Edison, people have enjoyed watching videos of animals doing impossible things. As social media platforms grow and change, cat videos will continue to be a large part of streaming videos. Platforms like YouTube started as a dating site. TikTok was initially for education. Yet, the therapy we get from watching these cats far exceeds what the creators hoped for these social media sites. So, instead of feeling guilty the next time you waste several hours watching people chase cats or ones sliding under doors, remember it’s therapy, and you shouldn’t feel guilty about improving your mental health. 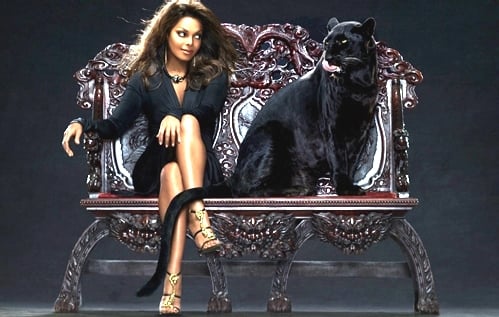 Songwriters and musical artists take their inspiration from a wide variety of sources. This is usually something from their everyday lives that people can relate to or something that will make the tune catchy and… 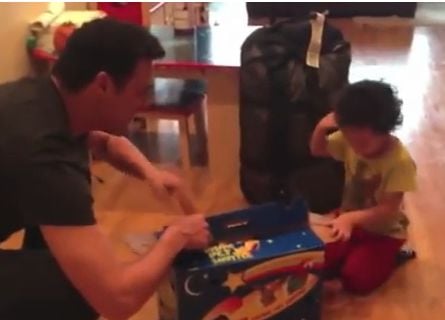 [youtube http://www.youtube.com/watch?v=luN8hCrjEEA&w=560&h=315] Animal Haven adopters reveal the new feline family member, Razzle the kitten, to little boy Zeke. “It’s a meow meow!”  This might be one of the cutest videos of the entire year. 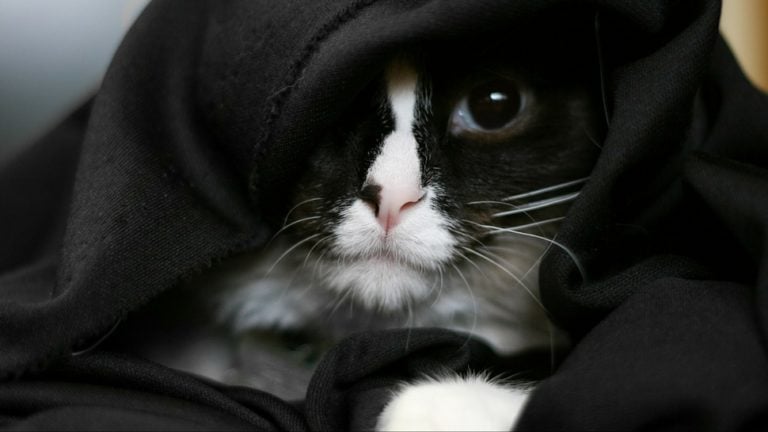 We love kittens when they are being themselves. But we happen to know several kittens, and cats who are exercising their acting chops by taking on roles in films, television, and music videos.  After all… 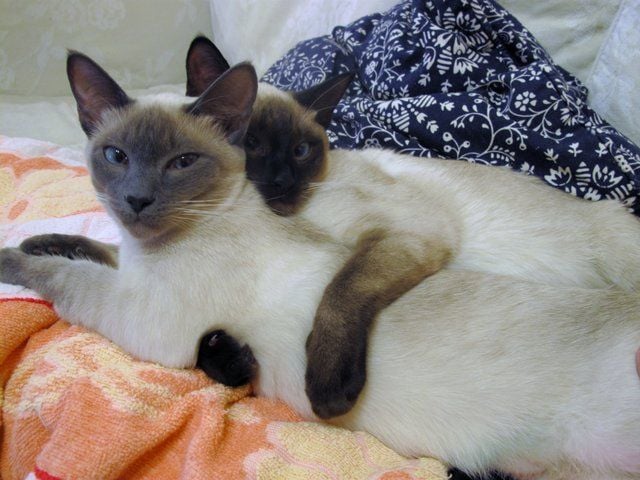 Cats are cute, cuddly, and can often provide hours upon hours of free entertainment thanks to their weird and unbelievable antics. No one knows quite why or when they might decide to show their more… 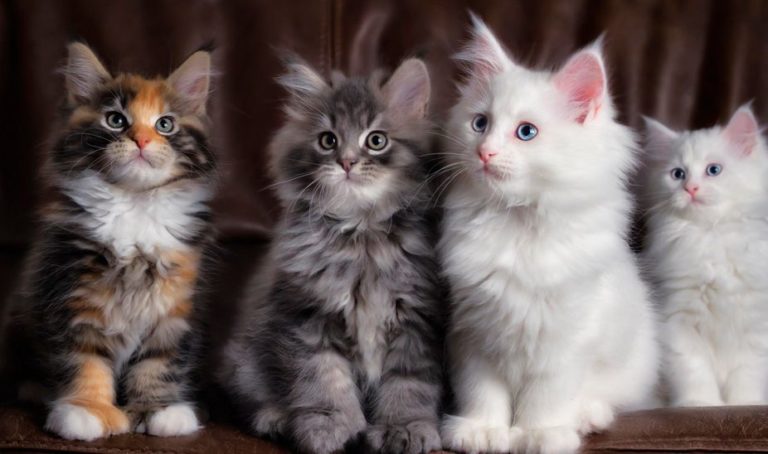 Maine Coons are one of the most interesting breeds of cats of all the breeds, and one of the most popular breeds around the world. The Main Coon is recognized as the oldest natural breed… 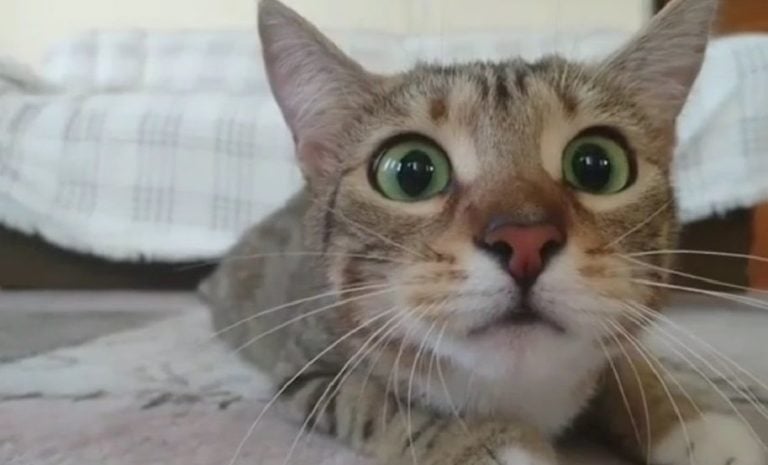 Cats are some of the most nimble and sure-footed animals on the planet, but sometimes, even they have off-days. These curious and adventurous creatures love to play and to explore. Every once in a while,…