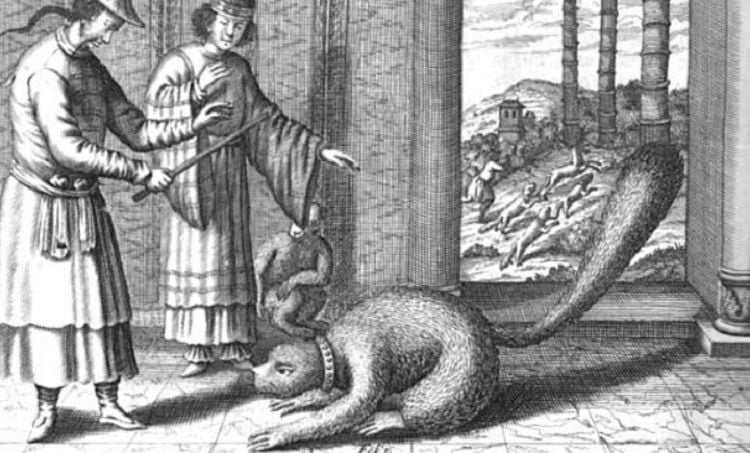 The Sumxu is a unique breed of Chinese cat that is now extinct. Only tales and stories remain about it. Researchers say that the Sumxu was a low-maintenance cat. This odd-looking feline with drop ears or droopy ears was described as a curiosity. The descriptions about the cat are based on traveler’s reports, on a live specimen that a sailor took to Hamburg and on a taxidermy specimen, which was exhibited in Germany. Some people believe that it was a mutation similar to the one found in the Scottish fold. It was last reported to be last seen in 1938. People kept these cats as pets and as a source of meat. The breed was once found around Peking, and it appeared like a long-haired Scottish Fold. The following are ten things you didn’t know about the Sumxu.

According to Dogscatsonline.com, the stories about these cats initially appeared in 1656. Michael Boym, a Polish Jesuit missionary, describes them in a book entitled “flora Sinensis”. Boym writes about a white feline with short ears. As the years passed, other records and references of the breed emerged, and a notable one was that of Georges Louis Leclerc. He wrote about the Sumxu in the 4th volume of Historie Naturelle printed in 1767. He wrote about a domestic feline that had funny hanging ears and long fur. However, people doubted if it was really a cat or if Georges was referring to the description of other species of felines.

The cat lost its keen sense of hearing since it did not need to hunt. Its ears lost their upright nature and became the hanging ears that distinguish this breed from other cats. It has a long, shiny, and silky coat that is dirty yellow in color. It also had a thick tail, a ruff, and slanted, blue eyes. Researchers conclude that the Sumxu was a little bit larger than the normal cat. Therefore, it is likely that the feline was medium to large in size and weighed about 4 to 7 kilograms. The Sumxu was also muscular and thickset.

The first impression one gets upon looking at the cat is that it has an amusing and surprising appearance. If you ignore the characteristics of the ears, the Sumxu appears as beautiful as the Angora cat. It has a close, long coat of hair that covers its body. Its hair is shiny and silky soft, and its color is often isabelline or a dirty, white yellow. However, some Sumxu cats have the typical coloring of common house cats. When it comes to size, it is much stronger and larger than a domestic cat. The ears hang completely and are large when compared to those of the normal cat.

All cats need care, and this includes taking them to the veterinarian when they get sick or injured. People who owned such a cat should have taken it to see a veterinarian each year for an examination and to ensure that deworming and vaccinations were up to date. Cats also need to be neutered and spayed. However, according to MyCatbreeed.com, it is likely that people who owned the Sumxu cats ate them before they had the opportunity to bear kittens. Spaying and neutering offer health benefits to cats and may prevent cancers. The Sumxu would have needed a brush every few days since the coat was silky and long. Brushing helps keep a cat’s coat free from loose hairs and dust. This cat would also have required a clean, warm place to sleep and a litter box.

Researchers do not know much about the character of this feline because it is now extinct. In 1896, Bungartz mentioned that the Sumxu cat had drooping ears. Due to its droopy ears, it was also referred to as a hanging-eared cat. Bungartz also said that the cat was highly popular in China, and it was raised for consumption. In Chinese culture, the cat was regarded as a delicacy that people enjoyed, along with rice and noodles. The cat was medium-sized, and it exhibited long fur and a strong, thick, and muscular body. It also moved with skill. The story about the Sumxu is uncertain and in 1885, Gaston Percheron, a writer, explained that the breed might have originated because of a cross between a Marta and a cat. A Marta is a type of weasel.

According to Petzlover.com, the Sumxu was not particularly active and it seemed to get really animated when it was provided with food. It preferred to lie beside a warm fire instead of being found outside. We can only assume that this cat was fairly quiet, friendly, intelligent, playful, social, cheerful, and alert.

Cats are carnivorous, and it is wise to choose cat food that contains meat or fish. Commercially-prepared foods that are ideal for cats are also available, and the nutritional needs of felines change throughout the different stages of their lives. One can only assume that the Sumxu ate high-quality food containing all the needed minerals and vitamins. For instance, all cats need taurine, which is a vital amino acid for eye and heart health. Cats also need cool, fresh water at all times.

The Sumxu lived in China and was not found anywhere else. It was entirely domestic. The individuals who owned these cats placed silver collars around their necks and rendered them familiar. Since they were not common, they fetched a high price because of their beauty and their ability to control mice.

Both the male and female Sumxu cat weighed 4 to 7 kilograms (8 to 16 pounds).

Just like other domestic cats, the Sumxu had a lifespan of about 10 to 15 years. Many factors determine how long a cat can live, including nutrition, lifestyle, and health. 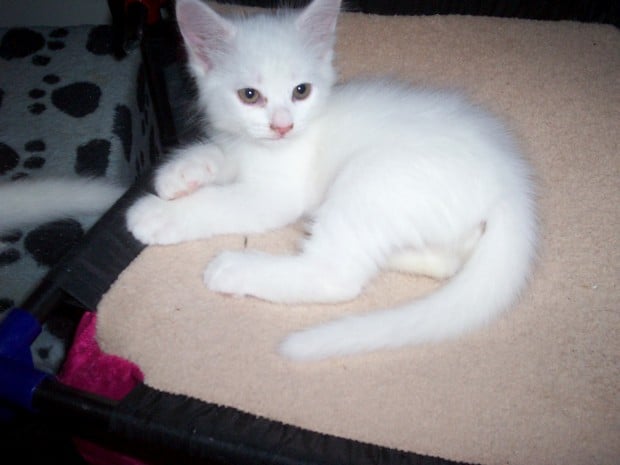 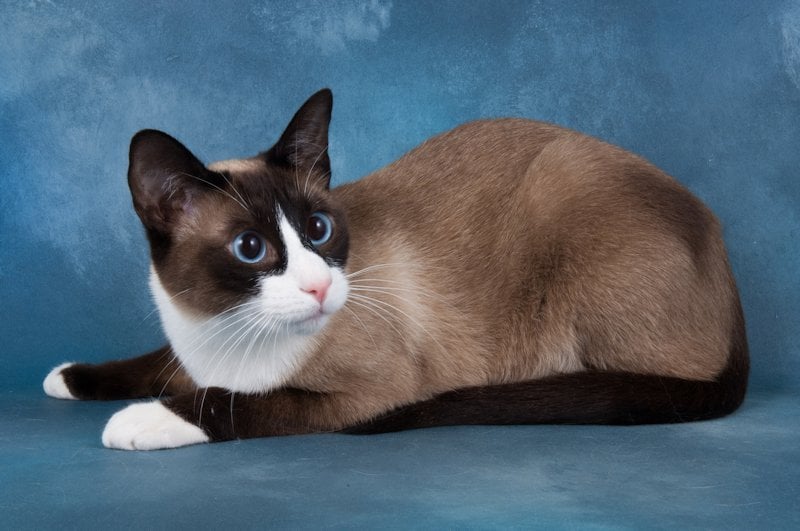 Cats can make very loyal and lovable pets. They are always waiting for you when you get home and they love to snuggle when you are watching television. The best thing about cats is that… 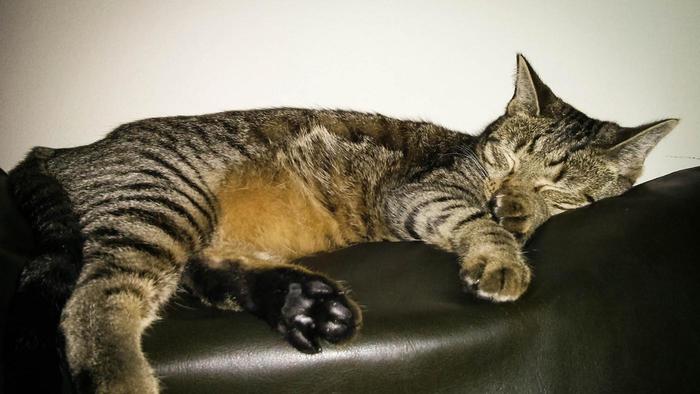 The mackerel tabby is the most common tabby cat available. It is basically a domestic cat with a coat pattern made of orange or gray background banded hairs and darker vertical stripes. These vertical stripes… 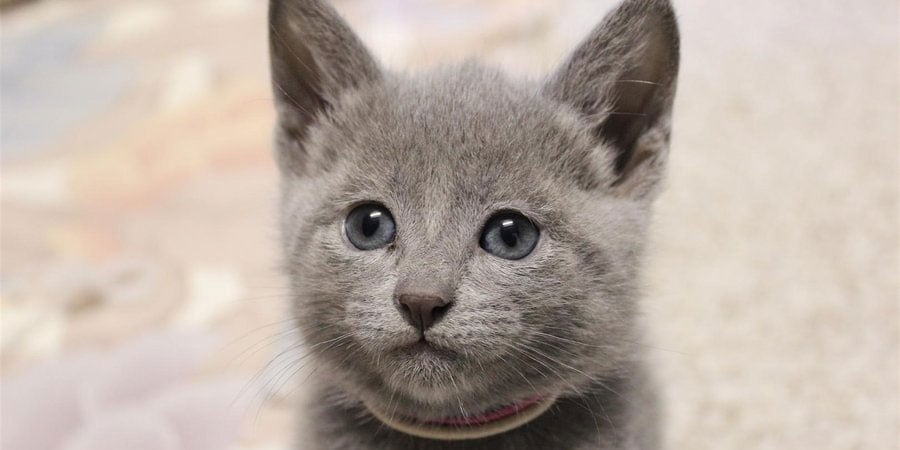 Cats make wonderful pets. They are very loving and very affectionate. When a cat gets the attention that they crave, they will love your forever. Cats are also great pets for people who lead busy… 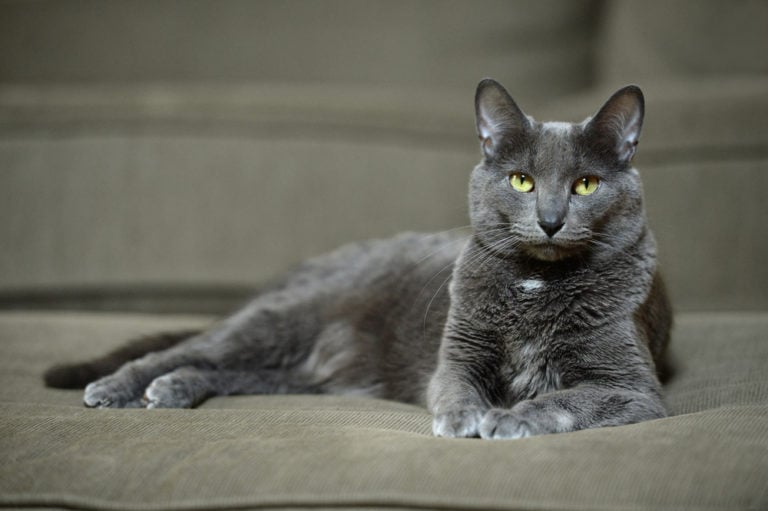 Finding the perfect kitten for any family is a challenge. You want one that’s friendly and gentle with your kids, but one that’s going to grow well with the family. One of the first things…