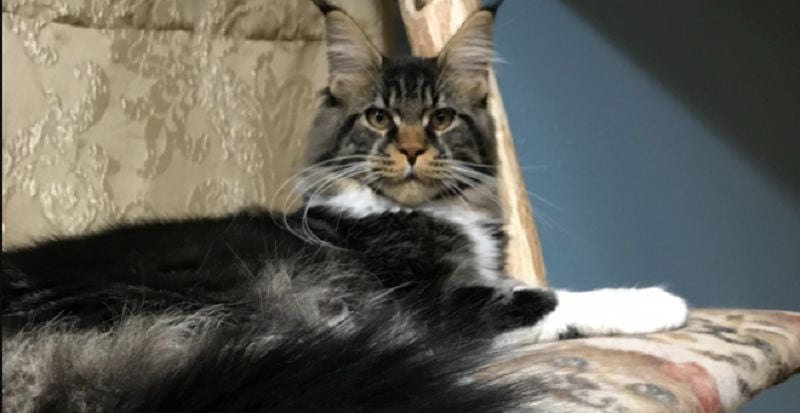 Maine Coons are a popular choice of cat for would-be cat owners. They are big and fluffy, meaning they are impressive-looking animals. Moreover, they are smart and sociable, which is always a good combination for household companions.

You can always get one of these cats out of state. Fortunately, there are several Maine Coon breeders in Wisconsin, which should make this process much more convenient for you if you live in the state.

If you are interested, here are eight of the best Maine Coon breeders in Wisconsin:

Dobrev Coons is a reminder that a cattery’s website doesn’t necessarily offer much information about its operations. Despite this, you should check it out because it has good Google Reviews. Fortunately, Dobrev Coons does make its contact information readily available.

Thanks to that, you should have no problem asking questions until you are satisfied. Indeed, that is one of the most critical steps when buying a Maine Coon from a Maine Coon breeder. Research is the best way to protect your interests when you make purchases. That is as true for Maine Coons as it is for anything else.

Maine Coon breeders often run their catteries as side businesses. One excellent example would be the couple who run Beach Paws Coons, which is a small house-based cattery situated in Burlington, WI. That isn’t a bad thing. If you want a Maine Coon well-suited for a home environment, you will have the smoothest time by choosing a Maine Coon raised in a home environment.

That is precisely what you can expect from Beach Paws Coons and other small house-based catteries. Besides this, this cattery has been around for more than a decade and a half, representing a great deal of hard-earned expertise and experience.

This is yet another small house-based cattery. However, it isn’t run by a couple. Instead, it is run by a mother-and-daughter team. Greys Acattery Maine Coons is situated in Janesville, WI, which is about an hour’s drive from Burlington, WI. Still, that makes it a more convenient destination for some interested individuals.

The website doesn’t contain much information on how the mother-and-daughter team works to prevent potential issues from showing up in their cats. As a result, you should ask about those issues if you choose to contact them.

Dzcoonz Maine Coons is a cattery with much to recommend it. For example, it raises its cats in a home environment for the smoothest transitions. Furthermore, it takes its cats’ well-being very seriously, which is why it feeds them raw food while screening them for cardiovascular issues.

On top of these things, Dzcoonz Maine Coons is run by a veteran breeder with a consistent record of meeting the CFA’s standards for running a Cattery of Excellence. The issue is that they seem to have experienced some personal problems, which they have chosen to prioritize before their Maine Coon breeding. It could take them some time before their cattery is back to normal.

Zeus isn’t the first Greek god that comes to mind when talking about cats. After all, he tended to be associated with a couple of other animals. One was the eagle, while the other was the bull. Still, it isn’t hard to see what this cattery is going for with its name.

Zeus was associated with the eagle and the bull because those were symbols of his unrivaled power as the King of Olympus. Since Maine Coons are such majestic animals, it makes sense for Maine Coon catteries to take their names from such figures.

With that said, what makes Zeus Pride special is that it lives up to the name surprisingly well. It is a TICA-registered Cattery of Excellence that produces champion cats from European bloodlines. As such, Zeus Pride is one of the best catteries on this list, which means you shouldn’t be surprised if you are asked to pay corresponding prices.

That is particularly true because its cats are trained, socialized, vaccinated, microchipped, and pedigreed for five generations. Genetic testing isn’t included. The extra neat thing is that you can pay for a specific kitten to be genetically tested before you buy it.

CDreams Maine Coons is another award-winning cattery, thus making it another good choice for interested individuals. Its cats come with health guarantees. Something that can provide you with much peace of mind if you are concerned about your Maine Coon exhibiting serious health issues in the future.

Please note that catteries often come with conditions interested individuals must agree to before they can buy their cats. In this case, you should know you will be required to agree not to declaw your Maine Coon, which is a perfectly reasonable request. Some cat owners declaw their cats because they find that a convenient solution for a wide range of potential problems. Even so, they shouldn’t do it because declawing is mutilation.

It isn’t akin to removing the nails so much as removing the first digits. For that matter, even if a cat’s claws were comparable to a human’s nails, most of us wouldn’t react well to losing our nails, to say the least. Catteries often set these conditions to protect their cats beyond the point of purchase.

Rock Hill Maine Coon Cats is a small house-based cattery situated out in the countryside. It can’t boast about regularly producing championship cats. However, it is still a fine choice if you are looking for a Maine Coon. It trains its cats, socializes its cats, and guarantees the health of its cats. Moreover, Rock Hill Maine Coon can back up its claims of good treatment because of its honors from the CFA and the TICA.

Of course, BigLuv Maine Coon Cattery is also a good choice because it uses testing, screening, and other measures to produce champion-quality cats with a wide range of appearances. If you want an exceptional Maine Coon from a veteran breeder, you should include this cattery on your list of candidates to check out. 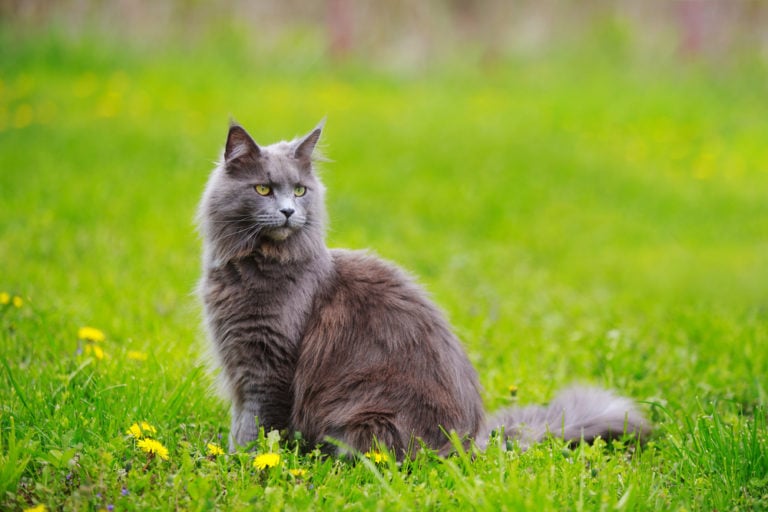 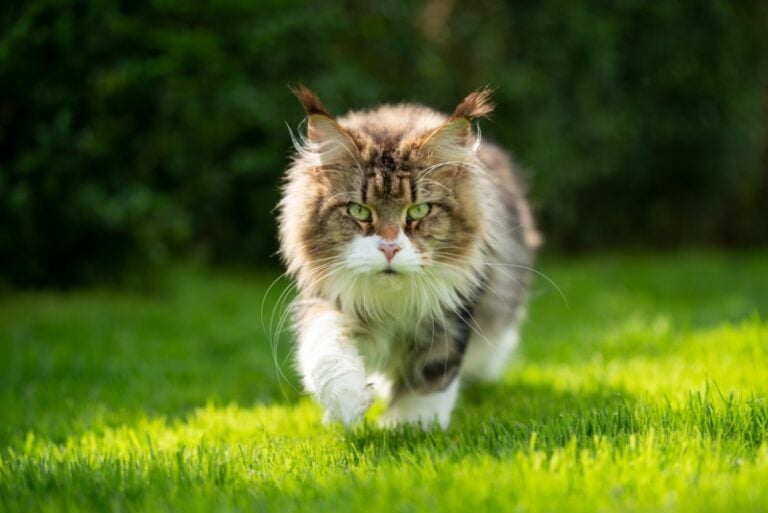 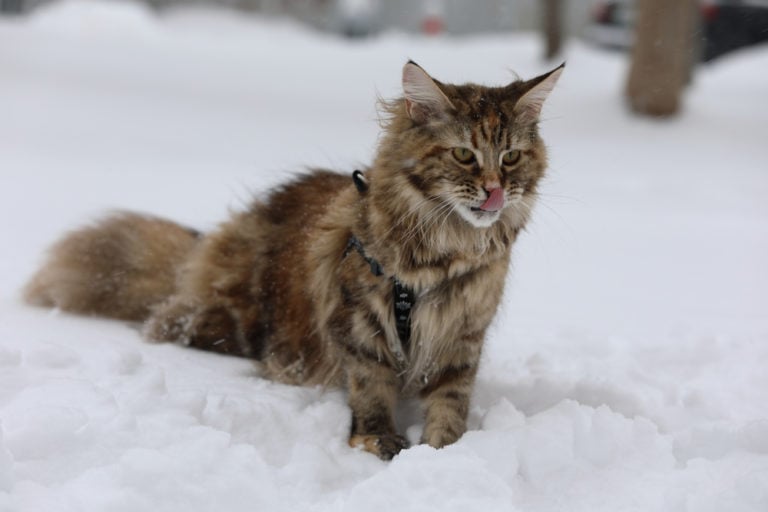 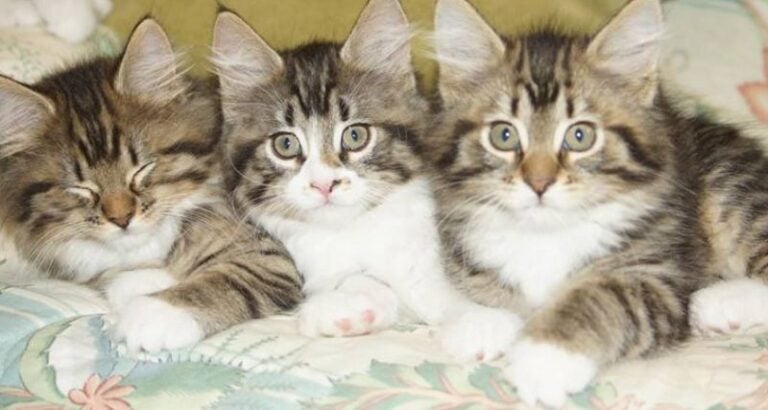 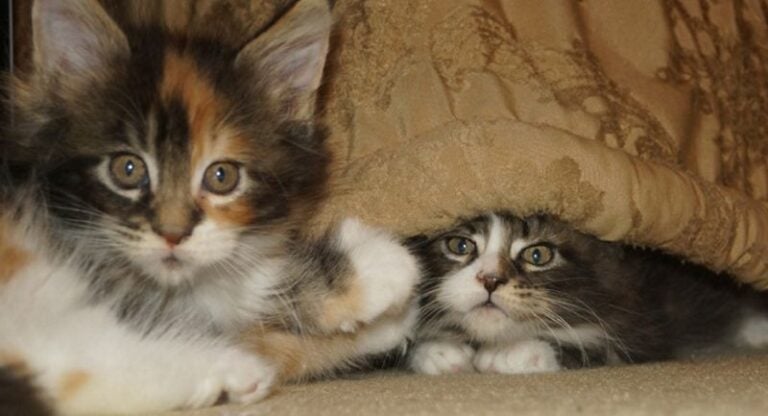 If you’re searching for the best Maine Coon Breeders in North Carolina, then hold onto your hats because we’ve got some stand up breeders right here. Buying your Maine Coon from a reputable breeder is…