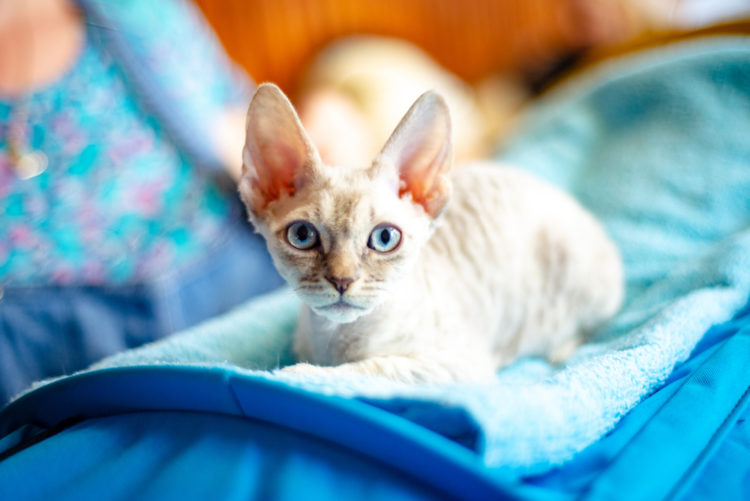 When choosing any pet, it is crucial to find out as much about the breed as possible. Each cat breed has different physical characteristics and unique temperaments. Finding out about them will help you to decide which breed is best suited to you and your lifestyle. One breed that may interest you but that you might not know a lot about is the German Rex. If you are considering this cat breed, then you should read these 10 facts about the German Rex that you might not know.

1. It Originates from Germany

As its name suggests, the German Rex is from Germany. The history of the breed began around 1930 when a male Rex-type cat with a curly coat was born in a village. From this cat, called Munk, many litters were born. Despite being credited as the origin of the breed, German Rex researchers do not consider Munk a German Rex as the breed is now known.

2. They Were Deliberately Bred for the First Time in 1957

Although the history of the breed began in the early 1930s, the German Rex was not officially bred until 1957. Rose Scheuer-Karpin, a doctor in Berlin-Buch, saw a curly-coated cat in the hospital grounds. She learned that the cat had been known to other hospital staff for several years. Her medical knowledge led her to believe that the coat was the result of a genetic mutation, which was later proved correct. Scheuer-Karpin began to breed the cat, and it became the first breeder-bred German Rex. It is this cat that is the maternal ancestor of the current German Rex breed.

The German Rex is not bred as a separate breed in many countries due to its genetic similarities to the Cornish Rex. It means that the German Rex has become a rare cat breed in most countries, even in its native country of Germany. Therefore, it is a breed about which many people do not know.

4. The German Rex is a Medium-Sized Breed

The German Rex is a medium-sized cat breed, and both males and females of this breed weigh between eight and 12 pounds if they maintain a healthy weight. Maintaining a healthy weight is essential for all pets, and you can ensure that your German Rex stays within a healthy weight range by feeding them a balanced diet and making sure they get enough exercise. Sometimes, the German Rex appears larger than it really is, as they stand tall. Although the German Rex has a similar appearance to the Cornish Rex, they have a slightly heavier build that is more like that of the European Shorthair.

5. They Have a Similar Personality to the Cornish Rex

There are personality traits associated with every cat breed, and the German Rex shares many of the same personality traits as the Cornish Rex. It is an intelligent, playful, and lively cat. Another notable feature of the German Rex’s personality is the strong bond it builds with humans. It is a friendly and loyal cat that enjoys spending time with humans and being handled. They are ideally suited to a household where there is someone at home most of the time as they prefer not to spend long periods alone.

There are some distinctive characteristics of the German Rex that distinguish it from other cat breeds. It has a round head with well-developed cheeks, slender legs, and open ears. The German Rex has medium-sized eyes, and the color of their eyes relates to the color of the coat.

7. They Have a Short Coat

8. There Are Various Colors and Patterns

It is possible to get a German Rex in almost any color and pattern. Some of the most common colors of this breed include black, white, cream, blue, red, platinum, frost, fawn, brown, cinnamon, chocolate, chestnut, seal, and champagne. While many cats of this breed have a solid color, some of the other coat patterns available include shaded, points, ticking, tabby, bicolor, calico, smoke, and tortoiseshell.

9. They Are an Active Cat Breed

While some cat breeds like to spend as much time curled up sleeping as possible, that is not the case with the German Rex, as they are an active cat breed. Hills Pet describes the breed as athletic and says that making sure they get enough exercise is vital to make sure that this breed maintains its ideal weight. Ideally, the German Rex should live in a house with plenty of space so that they have room to play and exercise.

Although the German Rex is happy to live with a sole owner or a couple, it is worth noting that they make fantastic family pets, says Vio Vet. If you have children living in your home, it is crucial to choose a cat breed that is not known for its aggression, and that is not typically associated with shyness. These are traits that are likely to cause problems. Fortunately, aggression and shyness are not traits associated with this cat breed. Some of the breed’s positive traits are that it is loving, friendly, and playful. Therefore, the German Rex’s nature means they are an excellent option for families with children.

Be honest; if you’ve had the pleasure of seeing a Scottish fold kitten, you know just how cute they are. They’re supremely cute. In fact, they are so cute they might as well just be… 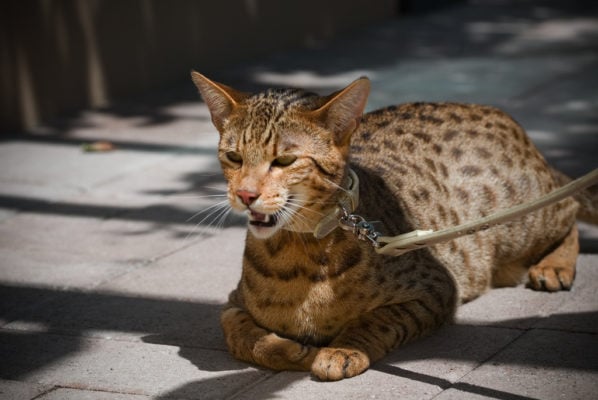 When people think of expensive pets, it is often exotic creatures that come to mind. In terms of more common household pets, there are many who would expect that dogs are the more expensive choice…

Being part of a busy family, a big family or a loud and rambunctious family can be a bit intimidating to some. But it can also be a lot of fun. And just like not… 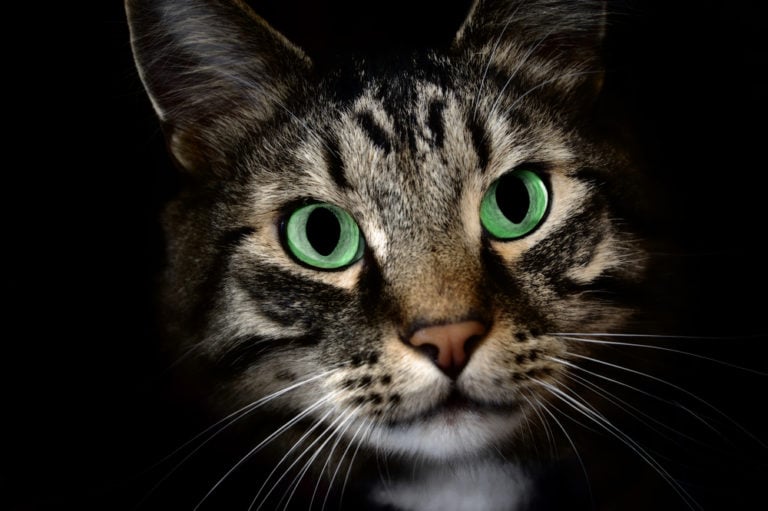 Mackerel tabby cats have a distinctive layout to their fur that would almost suggest they happen to be their own specific breed of the feline species. However, this is not entirely the case. The term…

One of the most majestic of all cat breeds is the Balinese Cat.  These sapphire-blue eyed cats have something magical about them which have many people attracted to this breed over the years.  While being…