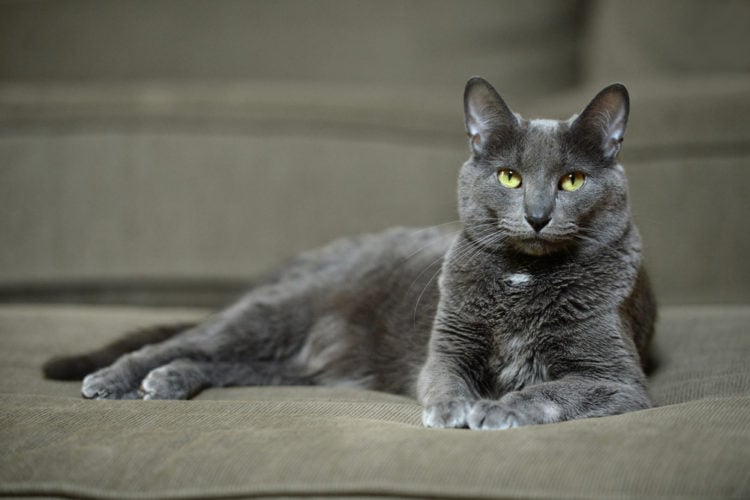 Felines are creatures that come from all corners of the world. They’ve been domesticated as pets and many new breeds have been created through the centuries as a result. Thai cats have a special attraction for some cat lovers. Most of the breeds come with a rich history and are intertwined with fables and superstitions that some cats bring the owner good luck or other benefits. Some cat breeds are so rare that the penalty for stealing them was death. This is no longer the case in modern societies but it goes to show you how seriously the Thai people took their cats. Although there are dozens of cat breeds that originate in Thailand, not all hold the same value or significant places in history. We’ve pared down the list to include the five most interesting That cat breeds for your consideration and enjoyment.

Culture trip highlights the Khao Manee as one of the most unique, and also the most beautiful cats in the world. This breed has been the subject of many famous Thai temple paintings because of its unique features. It’s a breed with rare features that are associated with receiving good luck. The Khao Manee has eyes that are distinctly different colors. For example, one may be green and the other blue. Khao Manees were bred by the Siamese Kingdom Royals to bring them good luck in leadership. The name Khao Manee is translated as “white gem.” The breed is also referred to as the Diamond Eye cat. A breeding program to perpetuate the line of cats with this amazing feature was launched in Thailand during the 19th century by King Rama V. The breed was perpetuated outside of Thailand for the first time in 1999. This cat is a real conversation starter because of his unusual eyes.

The Konja cat breed has its origins in mythology. It has been compared by Thai people to the Singha Thai lion. This cat has an elegant stride that is similar to its larger family member. Most Konja cats are completely black and have a similar appearance to a Bombay cat. They’re believed to bring good fortune. Previous versions of this cat breed featured black claws, teeth, eyes, and tongues which made them extremely unique. It also had a white stripe that began under its chin and extended to the end of its belly. Once in a while, the line is still present, but most of these cats are completely black. If you’re superstitious, owning a Konja cat might bring you good luck, and if you can find one with a white stripe then you’ll have an extremely rare example of this ancient breed that still adorns Thai temples to this day. The Konja cat is another of the rare and most desirable cat breeds from Thailand.

The Suphalak Cat breed is also known as the Burmese cat and the Thong Daeng. It is a breed that occurred naturally and without the interference of humans. In Thai legend, this was one of the rarest cats in history appearing in the Tamra Maew. This was a magnificent breed that was valued as highly as gold. It was believed that ownership of a Suphalak Cat guaranteed that you would become rich. This rare cat has a brown coat, unlike most other breeds. Its golden-colored eyes are also unique and different from most other breeds. If you’re looking for a cat that nobody else in the neighborhood has, you’re probably safe with choosing a Suphalak cat as they’re among the most uncommon cat breeds throughout the world. They’re even rare in the country of their origin.

iHeart Cats highlights the Korat. They cite it as one of the most unusual cat breeds from Thailand. This cat first developed as a Thai breed, appeared in the Tamra Maew, a book of cat poems. The old book goes back centuries. Further, Thai historians believe the book to have been written sometime between 1350 to 1767 AD. You know that a breed is an old one if it appears in this book. The Korat Cat has a traditional symbolism that includes good luck for newlyweds if given as a wedding gift. Korats are valued for their striking green eyes and their gorgeous blue coats. There is no variation in the color of their fur. All Korats have this lovely coloring.

Many people value the Siamese Cat as one of the most beautiful and vocal felines in the world, but the Thai Cat is a breed that is a variant of the Siamese. Although it was just recently recognized officially as a cat breed, it has been around for hundreds of years. The Thai Cat is a relative of the Siamese cat and it features the same beautiful striking blue eyes with the white and brownish coat coloring. The main difference between the Thai Cat and the Siamese is in the shape of their bodies. While Siamese has elongated heads and bodies, Thai Cats look more like a traditional feline with thicker heads and bodies and a more rounded shape overall. When you compare a Thai Cat with a Siamese, they look a lot like an overweight Siamese even when they’re at healthy body weight.

These are the five most interesting cat breeds that have their origins in Thailand. Most of them have long histories that go back centuries. If you’re superstitious, owning one of these breeds may help to bring you good luck and even good fortune. If you’re just into unusual cat breeds, all of those in our list fit that category as well. It’s hard to find most of them in the United States, but some of these breeds have made their way over here through the past several decades. 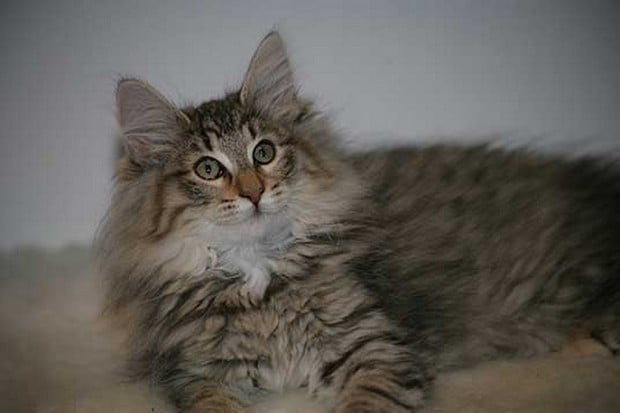 Finding the perfect cat is not often something people put much thought into. Unlike looking for the perfect dog for your household and family, most people assume that all cats are the same and forget… 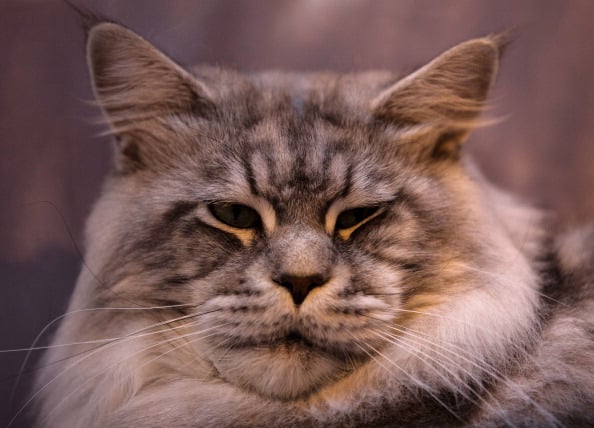 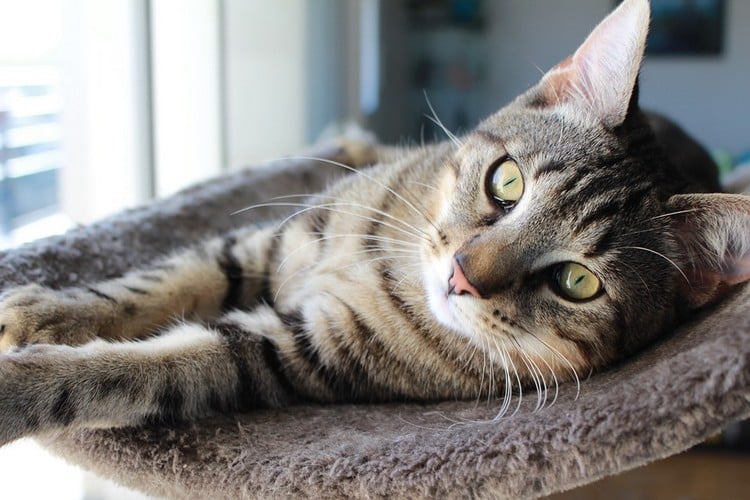 If you’re ready to adopt a cat, an interesting type is the Tabby. These wonderful furry felines will come into your home and become a beloved member of your family. They have a lot of… 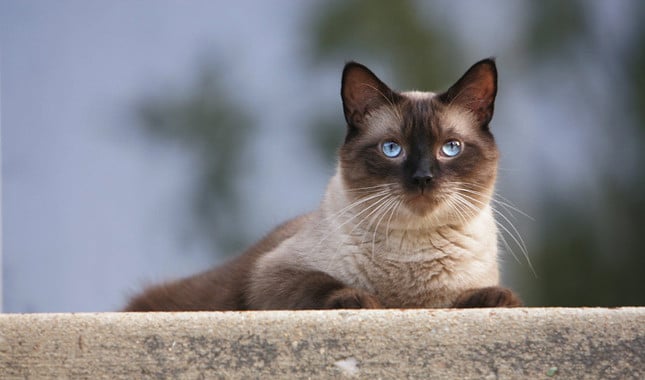 The Siamese cat is one of the most sophisticated felines you’ll ever find. With tanzanite eyes and a flashy coat, the cat looks like it’s dressed for a serious black tie party – invitees only…. 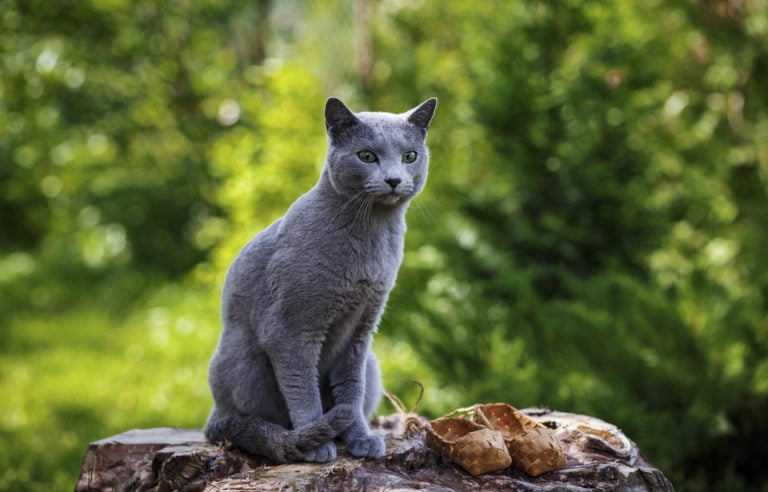 Cat lovers are wild over the Russian Blue breed. It’s easy to understand why. We know these cats for their intelligence and classic attractiveness. They’re fun and beautiful animals that make exceptional house pets. If…