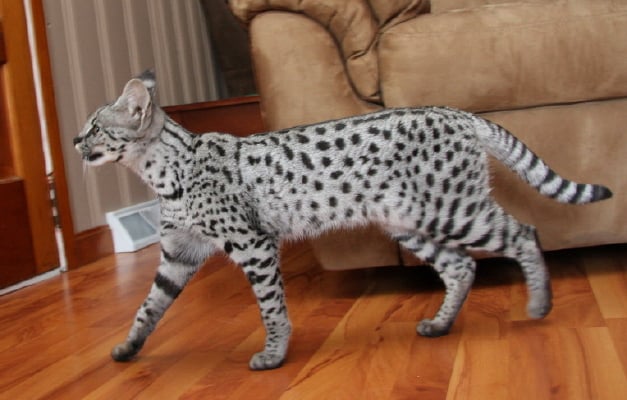 When you think of a domestic cat you usually don’t think of size.   In fact just recently we posted about the longest domestic cat ever, a Maine Coon that was 48.5 inches.  That’s 4 feet!  For a domestic cat that’s huge.   For a tiger that’s paltry.  But if you’re someone that’s thinking of getting one of the larger domestic cat breeds out there then here is a list of the 10 biggest.   Enjoy! 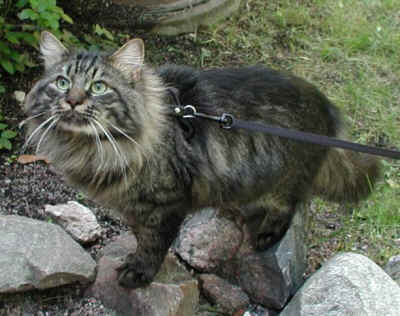 Siberian – Siberian Forest Cats originate from Russia and have thick coats to protect them from the cold.  These cats can get pretty large.   Source. 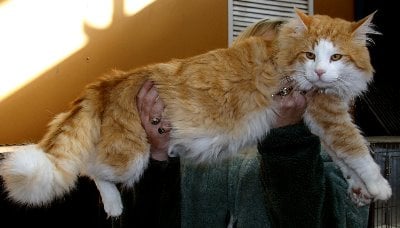 Norwegian Forest Cat – The Norwegian Forest cat shares many traits of the Siberian.  Even some small dogs need to step aside when this gentle giant comes around – Source 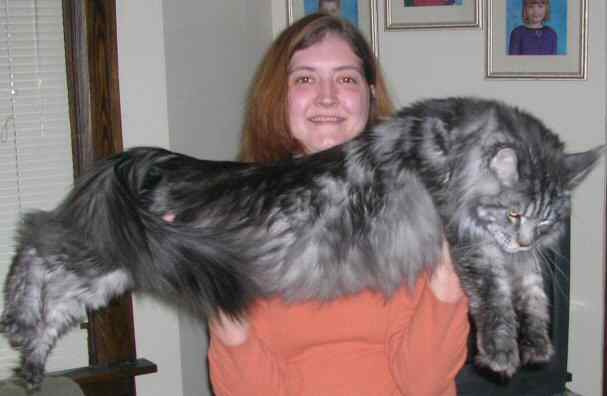 Maine Coon – These are the cats that you see so many owners posting pictures like this of.  Source 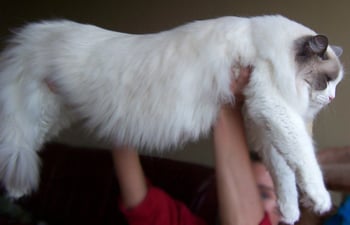 Ragdoll – Rag-dolls are one of the biggest breeds around. It takes a kitten 3 years to grow to its mature size.  – Source 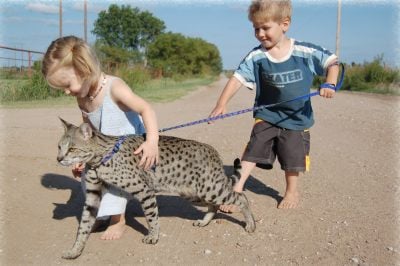 Savannah F-1 – This is a domestic cat, but with a wild background. A Siamese cat was crossbred with an African (wild) Serval cat. This breed has only recently been accepted as an official breed, and its probably the large domestic cat. – Source 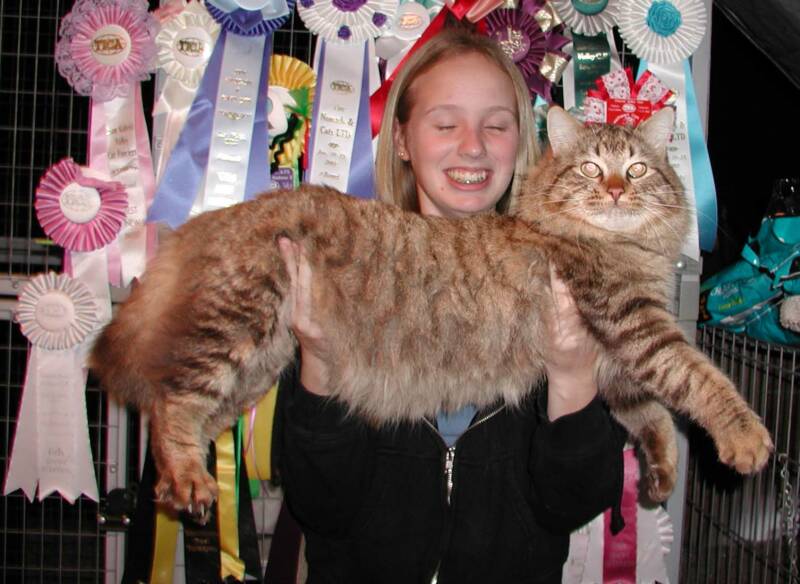 American Bobtail – This large breed cat is well muscled and solid with a short tail. The American Bobtail is affectionate and gets along well with children and other pets. The mature males weigh 12-16 pounds and the mature females weigh 7-11 pounds.

The Chausie – The Chausie, pronounced “chow-see”, is about twice the height of a normal domestic cat. TICA recognizes this large breed cat as an advanced new breed. The first cats of this breed were Jungle Cat hybrids, and were first bred in the late 60’s and early 70’s. The Chausie is extremely active and loves to run and jump. 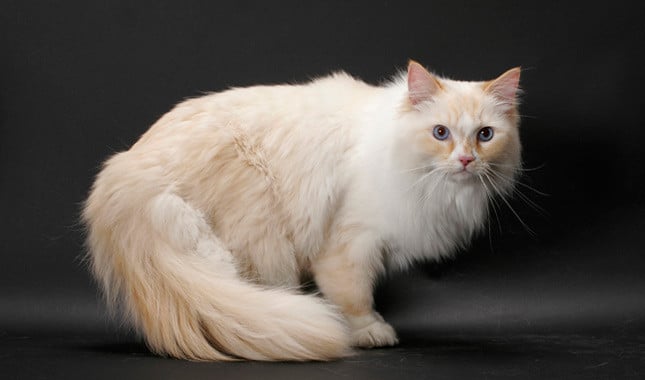 Ragamuffin – The Ragamuffin has a similar look to the Ragdoll cat and is also considered to be one of the largest domestic cat breeds. It has large expressive eyes and a soft silky coat. It is a very gentle and playful large breed cat. The mature males can weigh from 10-18 pounds and the mature females weigh from 9-18 pounds. 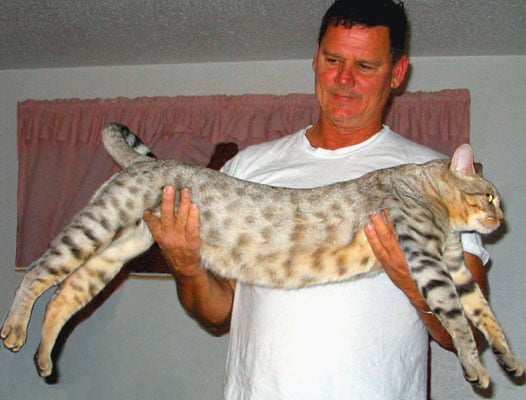 Mokave Jag Cats – Jag Cats appeal to people who want a large exotic cat like a bobcat, lynx, Jungle Cat, ocelot, Asian Leopard Cat, Caracal, or Serval but realize that a wild animal doesn’t make a good pet and can be dangerous when mature. Mokave cats stay good-natured and friendly throughout their lifespan. 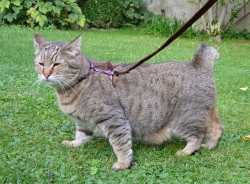 Pixie Bob – Pixie-bobs can be large but on average reach around 11 lbs, similar to good sized domestic cats, with only very few breeders producing consistently large cats. Males are usually larger than females. The average domestic cat weighs about 8 lbs 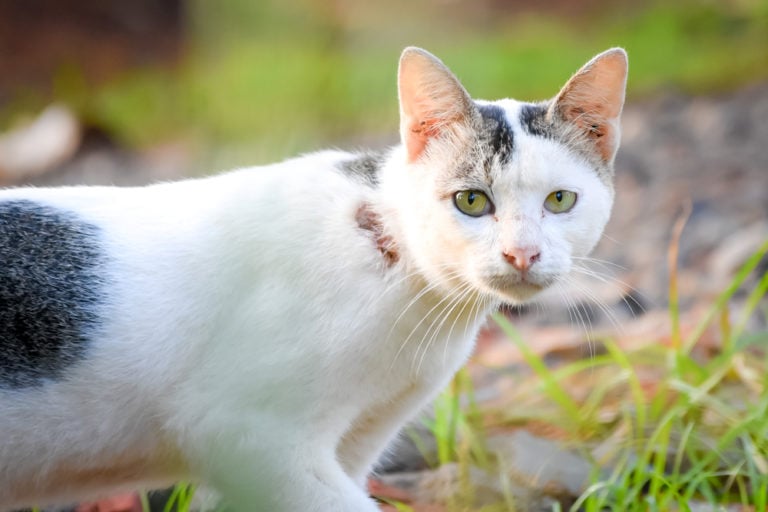 The world is filled with unique cat breeds. Some have evolved naturally over time and others have been created by breeders. If you’re a cat lover and you have a penchant for exotic breeds, the… 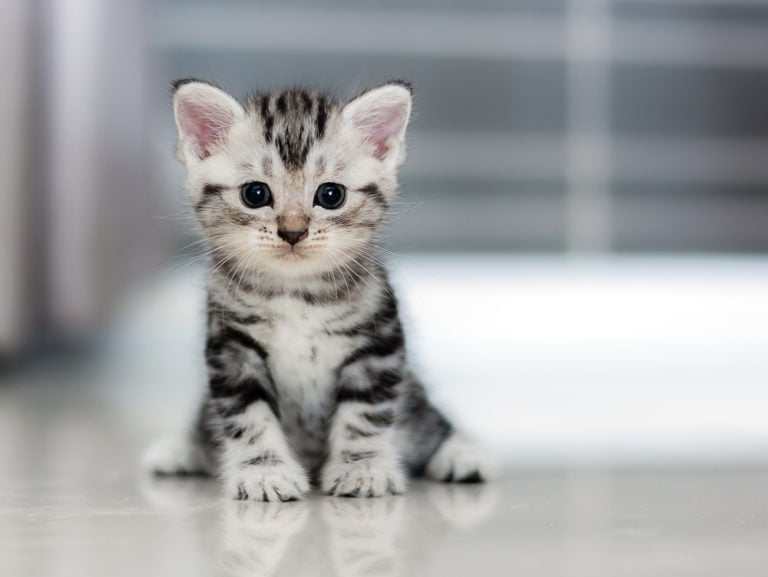 Burmese Cats are one of the most playful breeds of all felines. These spunky animals will play just as hard even when they reach old age.  Being so energetic is one reason why so many people… 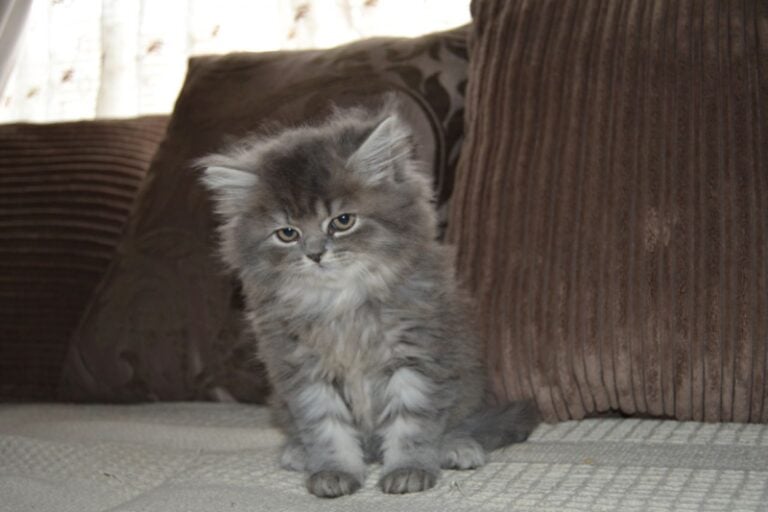 There are significant differences between the different cat breeds. Not only do the physical characteristics of the breeds vary from one breed to the next, but they also each have a unique set of personality… 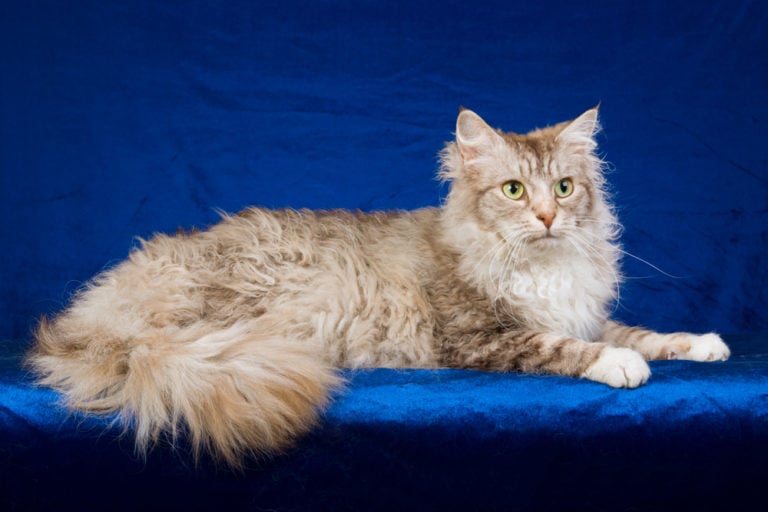