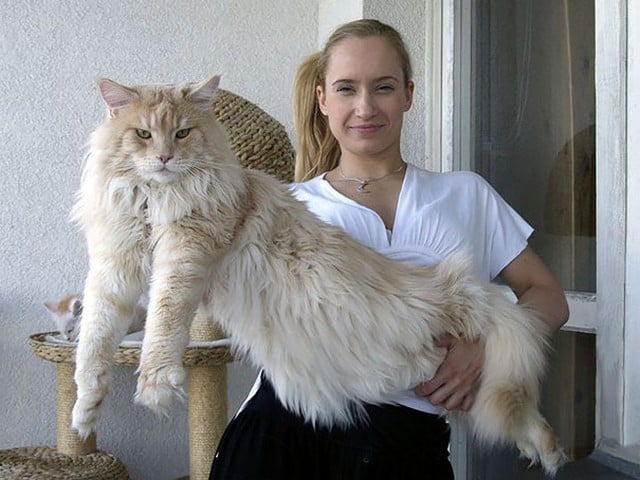 If you aren’t already are, The Maine Coon cat is one of the largest domesticated breeds of felines.  As a matter of fact,  the title for the “longest cat” in the 2010 Guinness World Records was held by a Maine Coon named Stewie, who measured 48.5 in (that’s over 4 feet long) from the tip of his nose to the tip of his tail.   Remember folks, we’re talking domesticated cats here.  These aren’t tigers or cheetahs.  These are cats that are supposed to lounge in your living room!  Male cats can weight up to 35lbs, and in some cases way more than that.

But did you know the origins of the Maine Coon are somewhat of a mystery? Although genetically impossible, one myth holds that the cat is the result of breeding between cats and raccoons; another states that Marie Antoinette, the Queen of France, tried to flee execution her favorite Turkish Angora cats. While she didn’t make it to the US, the cats supposedly landed on the shores of Wiscasset, Maine, where they began to breed.

While the origin still remains a mystery, the size of these cats is extremely evident.  Take a look at these 20 pictures of Maine Coons that will make your cat look tiny. 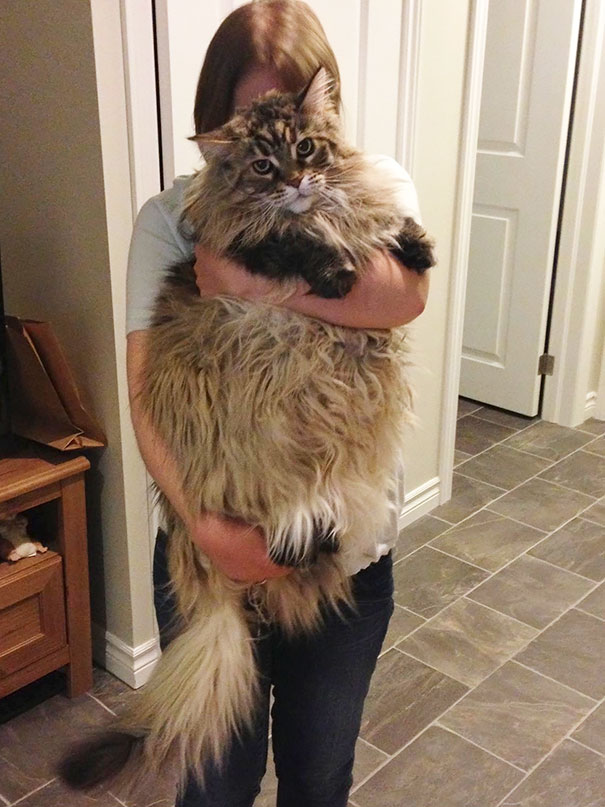 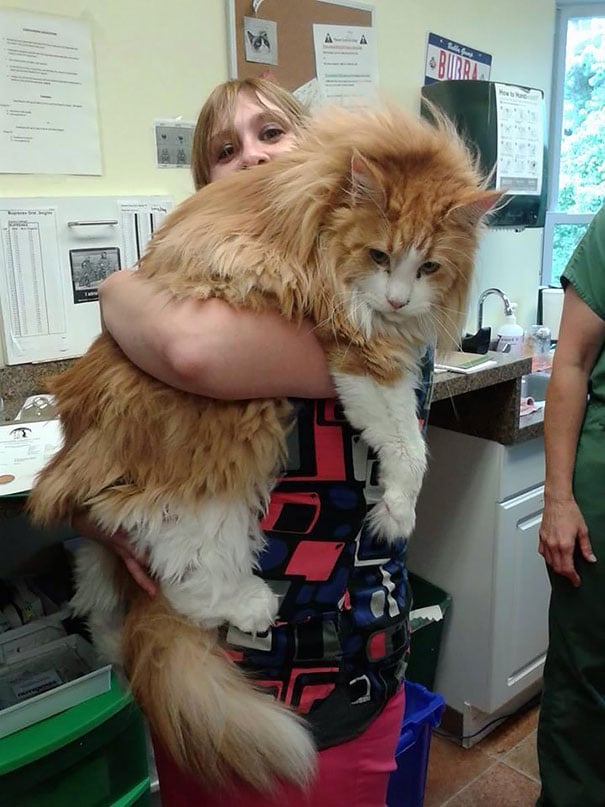 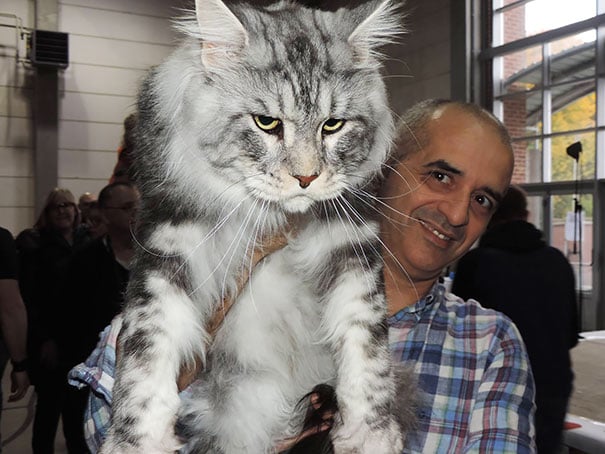 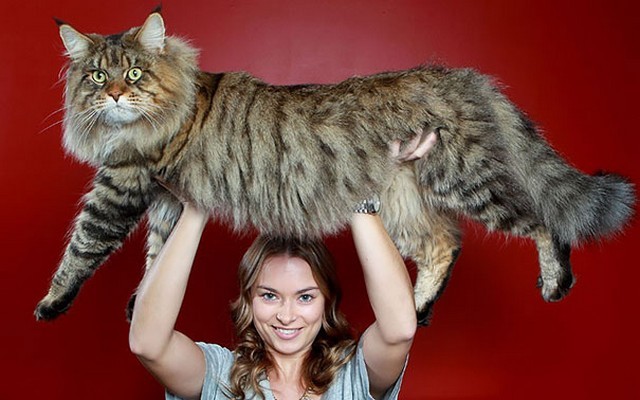 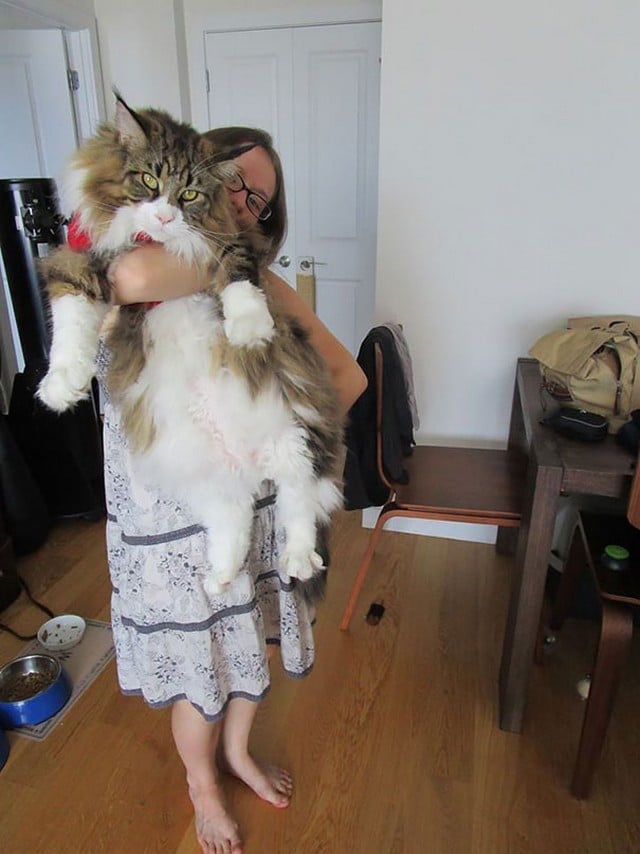 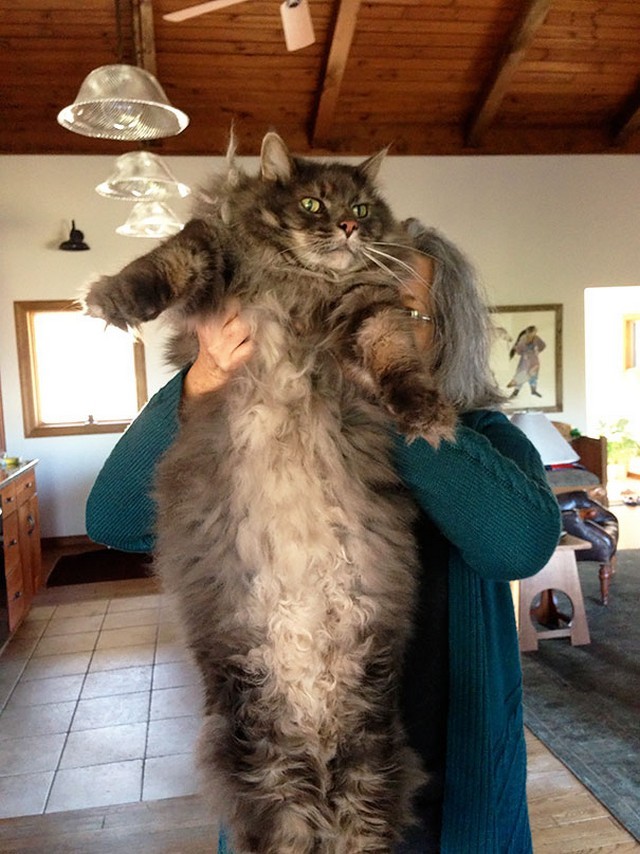 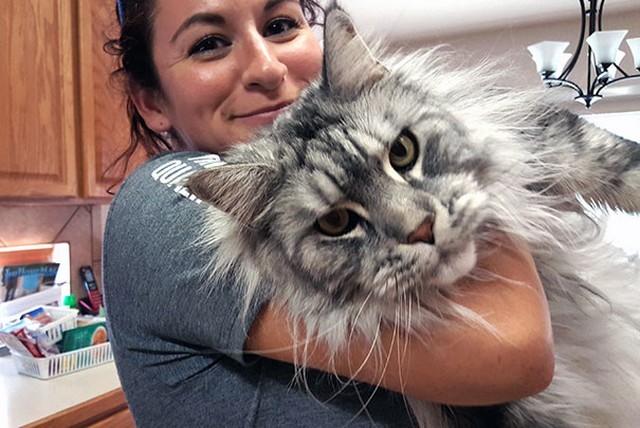 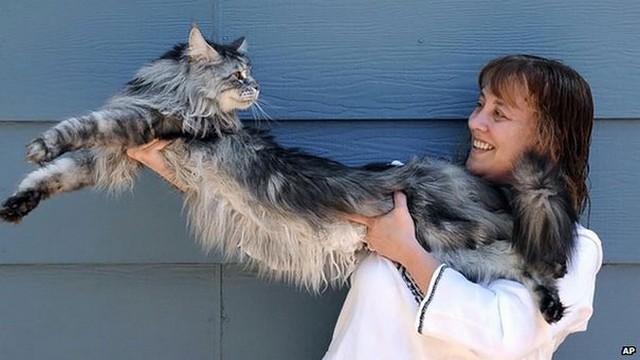 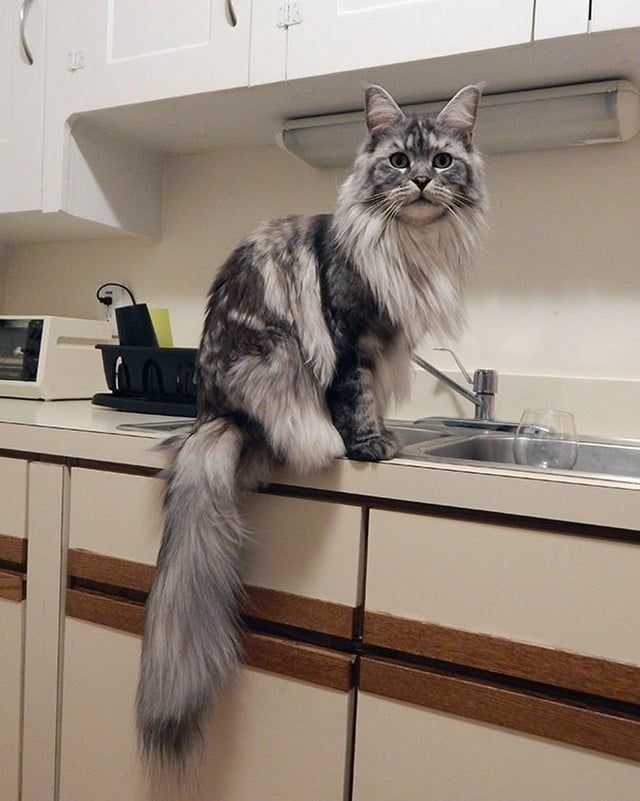 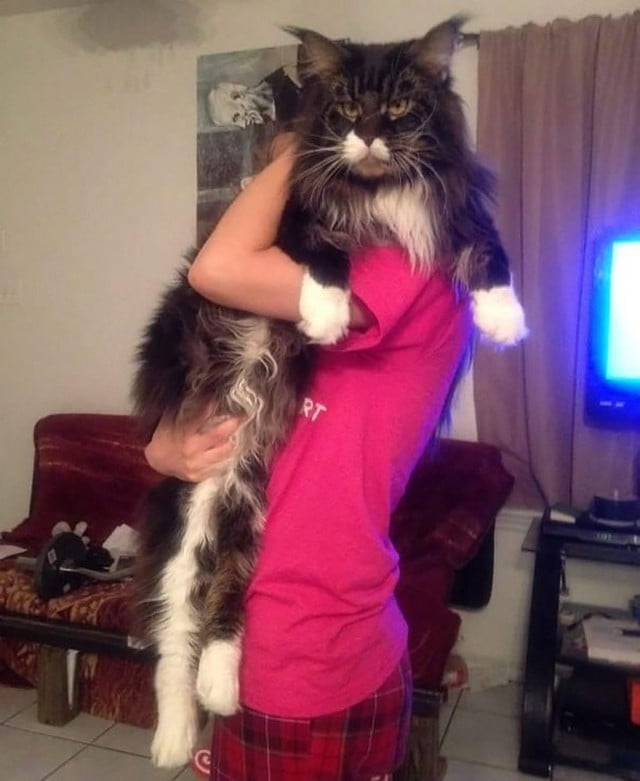 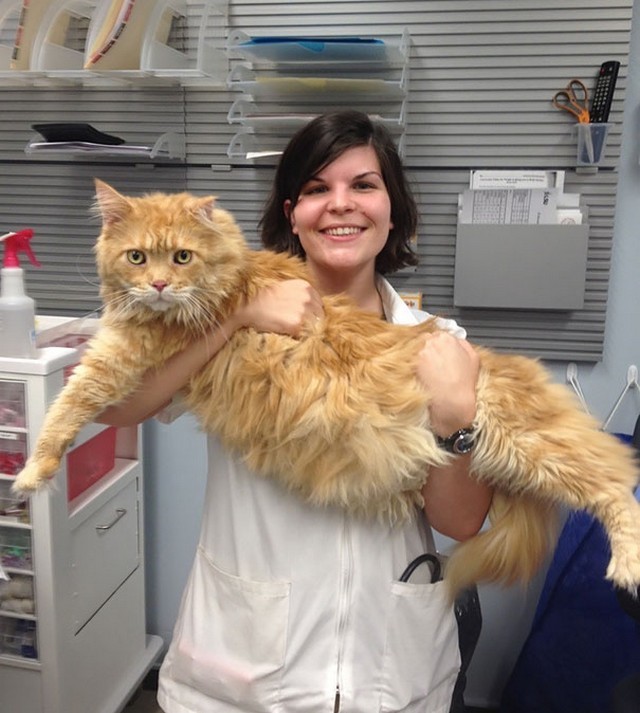 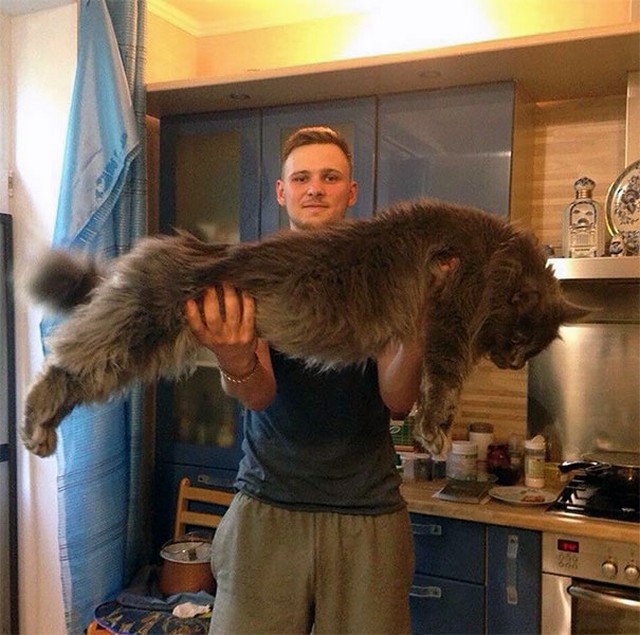 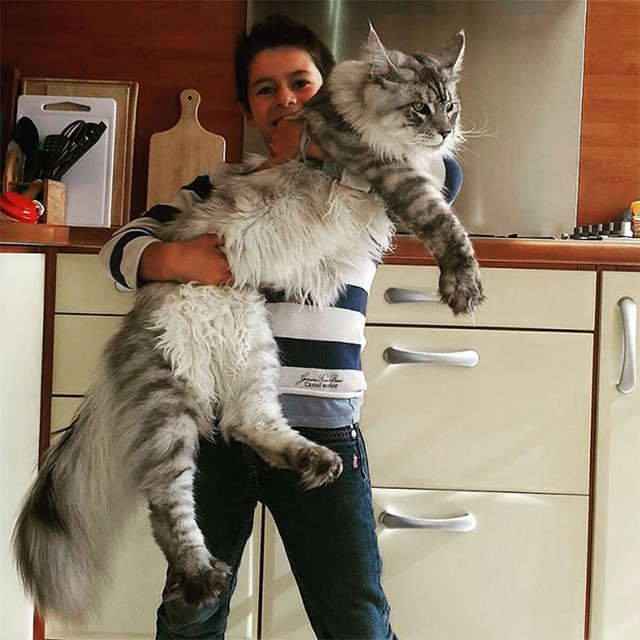 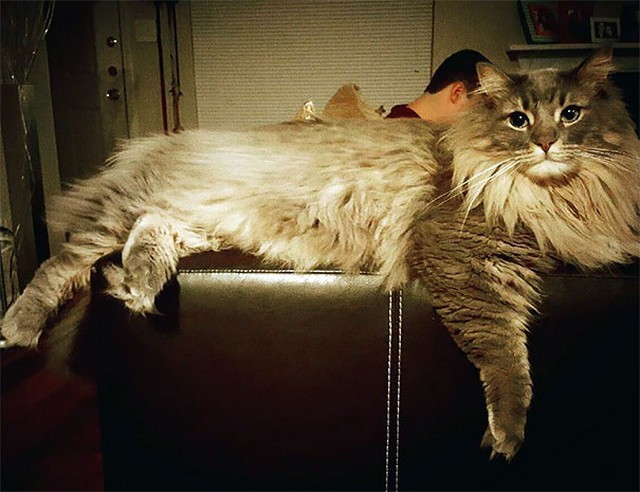 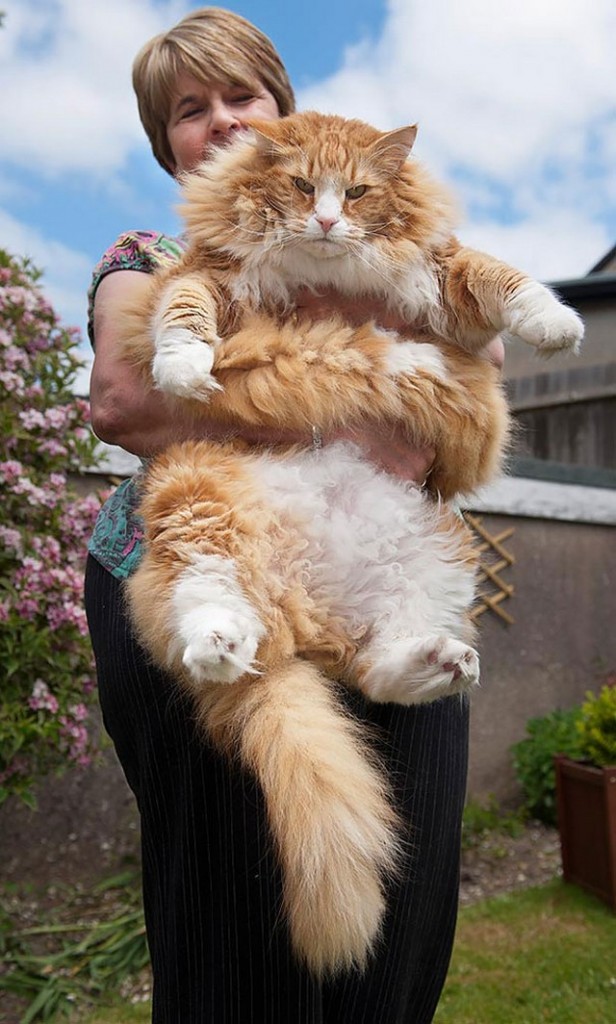 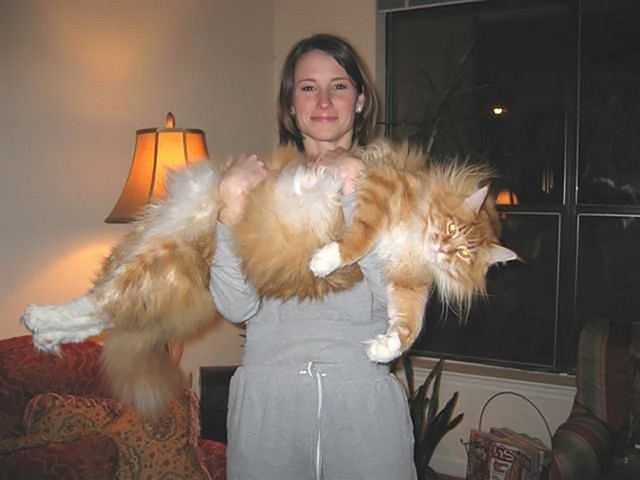 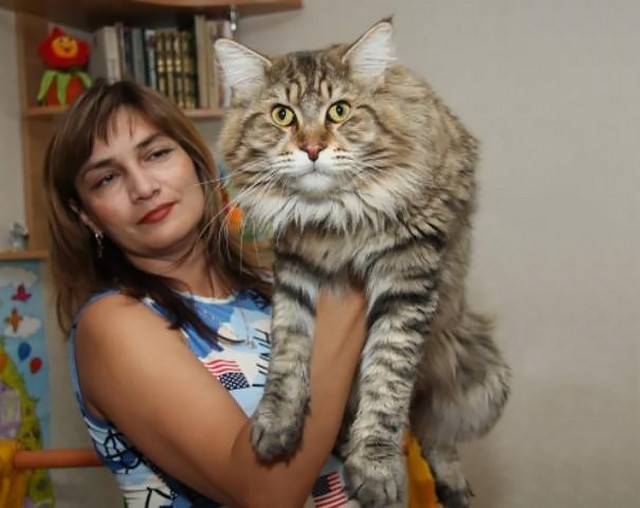 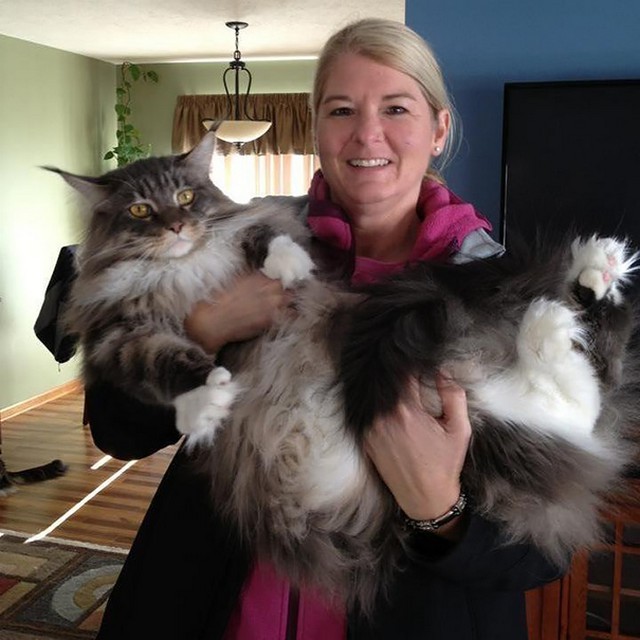 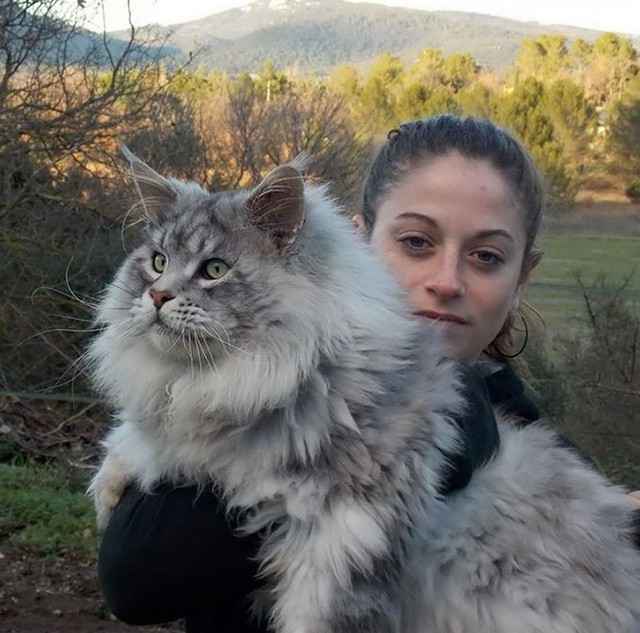 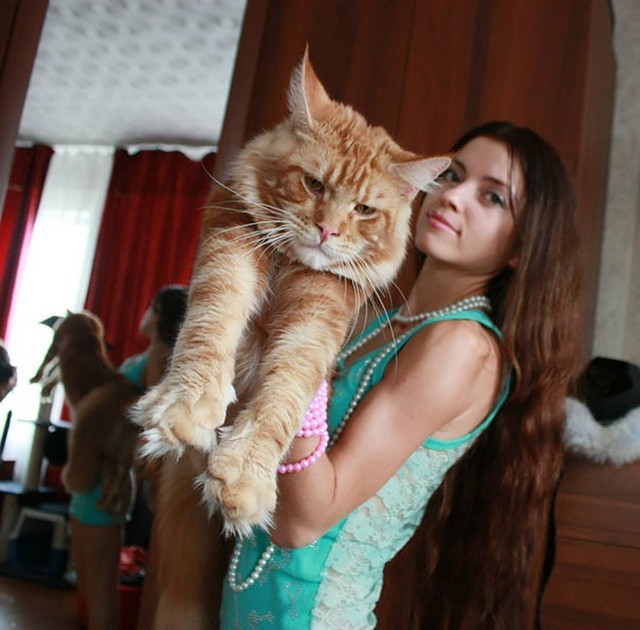 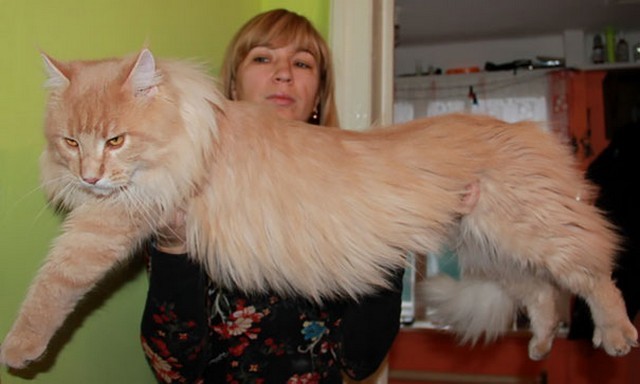 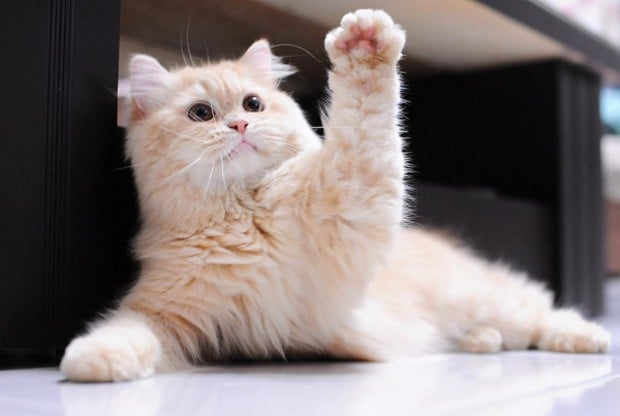 We’re not 100% sure if cats waving is an intentional act or they’re just reaching for stuff.   Honestly it doesn’t even matter either way because it’s adorable when they reach those paws up there.  Though… 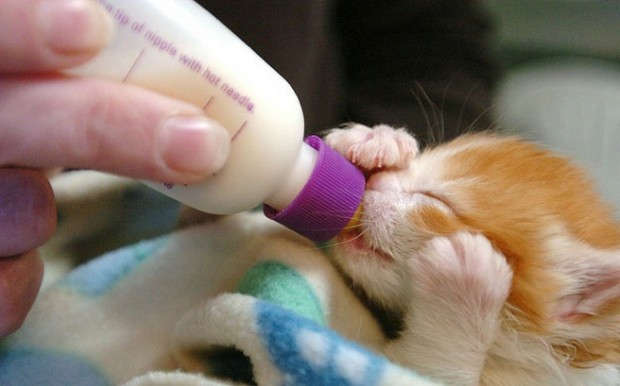 Anyone reading this website knows that kittens are amongst the cutest creatures on this planet.   Just about everything they do looks cute.  Whether it’s eating for the first time or playing with a string, you… 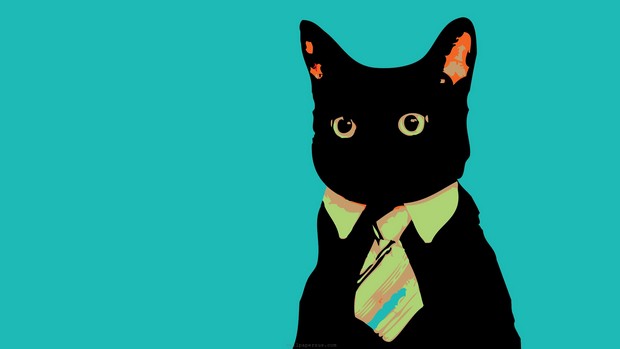 Other than Grumpy Cat,  Business Cat is probably one of the most famous cats on the internet.   And like many cats that achieve internet fame, memes are one of the first trends to follow.   Speaking… 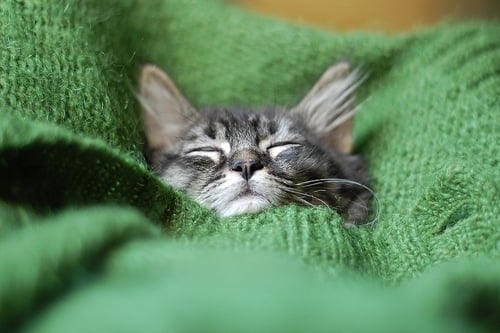 Cats are not really known for their outstanding desire to do things that are considered ‘human,’ in almost any way. They prefer to perch atop a high surface and judge, looking down on others with…

Cats are cute. They’re (usually) fluffy and (usually) cuddly and (usually) sweet and we love that about them. Cat owners are proven to live longer, more fulfilling lives. We’ve discussed in the past the fact… 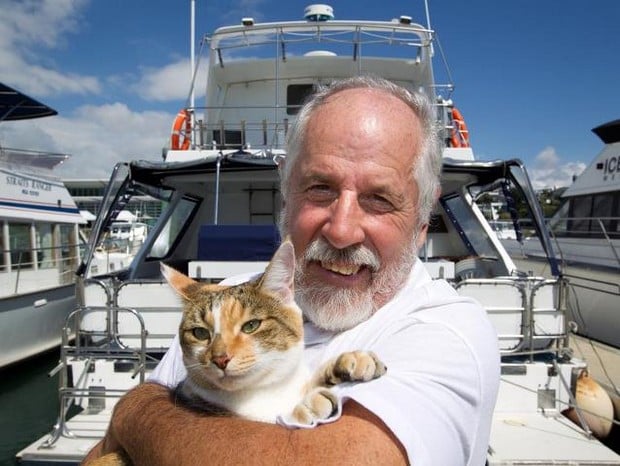 Thankfully for every sad story we have to report on there’s usually an equal number of uplifting ones in the cat world.  Whether it’s a cat being rescued, a cat rescuing someone else, or an…